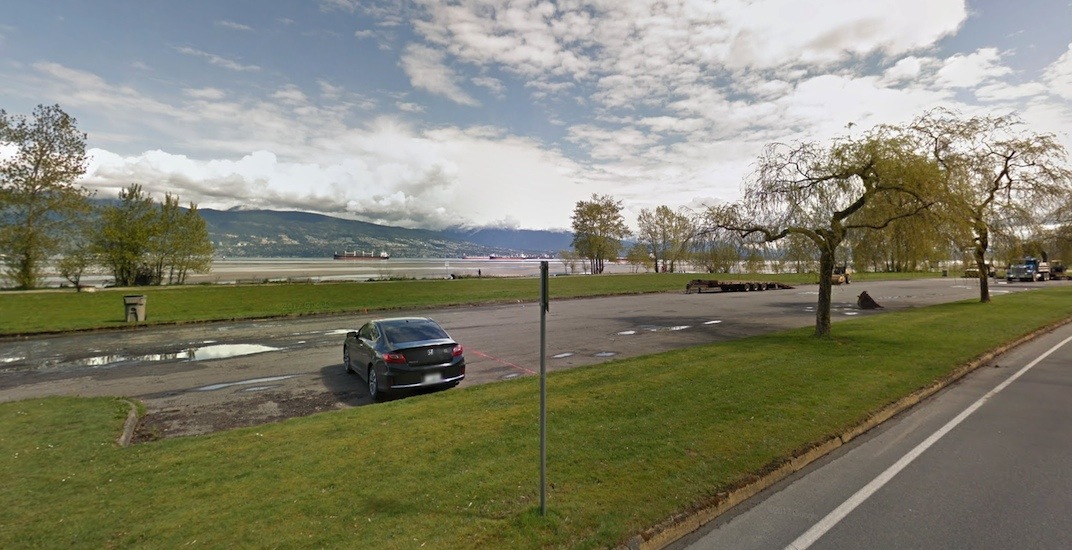 In another update this week on public parking changes within the City of Vancouver, and just ahead of the start of the civic election campaign season, a controversial plan to implement seasonal pay parking at Spanish Banks starting this year has been completely cancelled.

The Vancouver Park Board announced the surprise move today, citing a recommendation by staff that the revenue generated from the introduction of pay parking at the popular beach area in West Point Grey is not necessary to balance this year’s budget. This decision was made “after a thorough staff review.”

Pay parking at all four Spanish Bank parking lots was to go in effect between May 19 (Victoria Day long weekend) and September 30, with rates starting at $3.50 per hour or $13 per day. Alternatively, a seasonal pass is $87.

This seasonal timeframe, announced mid-February, was already a compromise as the Park Board initially planned on starting pay parking on April 1.

Another reason for the cancellation is the lack of public transit alternatives to the beach, which is located in a relatively remote location. The only bus service to beach is the C19 community shuttle from Alma Street that infrequently comes every hour between May and September.

“The Park Board will review operational and financial considerations next year and will carefully consider submissions from residents concerned about access and affordability to beaches with limited transit options for families and persons with low incomes,” reads a release.

When the municipal government approved the initial pay parking plan, it said the measure would align Spanish Banks with the pay parking at other Park Board-operated parks and beaches in the city including Jericho Beach.

Revenue would go towards staffing lifeguards and the maintenance and upkeep of beaches and parks, but the pay parking plan generated immense opposition with critics noting that the Spanish Banks Beach has been maintained without pay parking revenue for decades.

Today’s announcement follows the municipal government’s decision yesterday to abandon a plan to eliminate angled street parking in Yaletown and instead, on a year-long trial basis, proceed with a removal of the parallel parking spaces while also creating new nearby parking spaces.

But pay parking could be coming to another popular Vancouver destination, as the federal operators of Granville Island are considering a plan to replace all 600 free parking spaces on the island with paid meters.