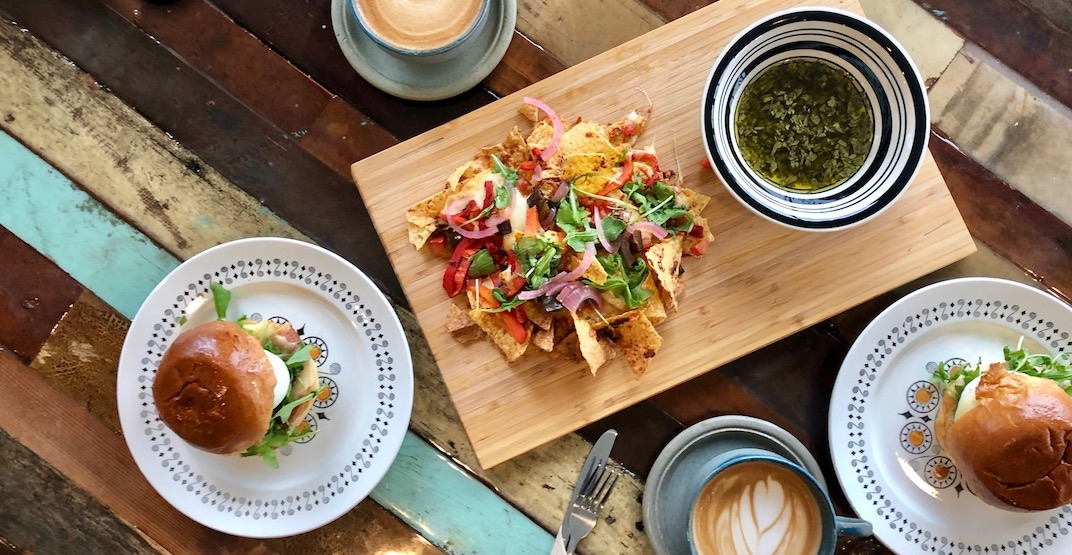 Spade opened its doors at 1858 Commercial Drive on November 15, and it’s been serving a steady stream of East Van visitors caffeinated beverages and delectable dishes ever since.

The concept of Spade is a new one for owner Sammy Piccolo, who’s known for creating another notable family of coffee shops in town, Prado. 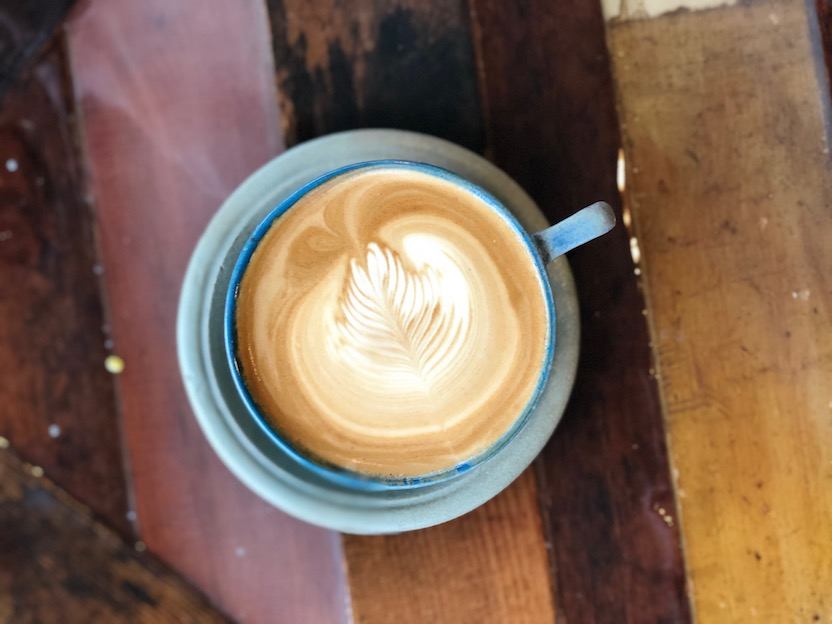 Piccolo was inspired by Italian coffee shops that had established themselves as bustling hubs for bites and coffee by day, and cozy corners for comfort food, wine, and beer by night.

It was our first time going, and from what we ate, we’ve gotta say it’s officially a must-return, if not solely for the Italian Nachos, a dreamy combo of eggplant, salsa verde, tomato, roasted red pepper, and the option to add chorizo or meatballs. 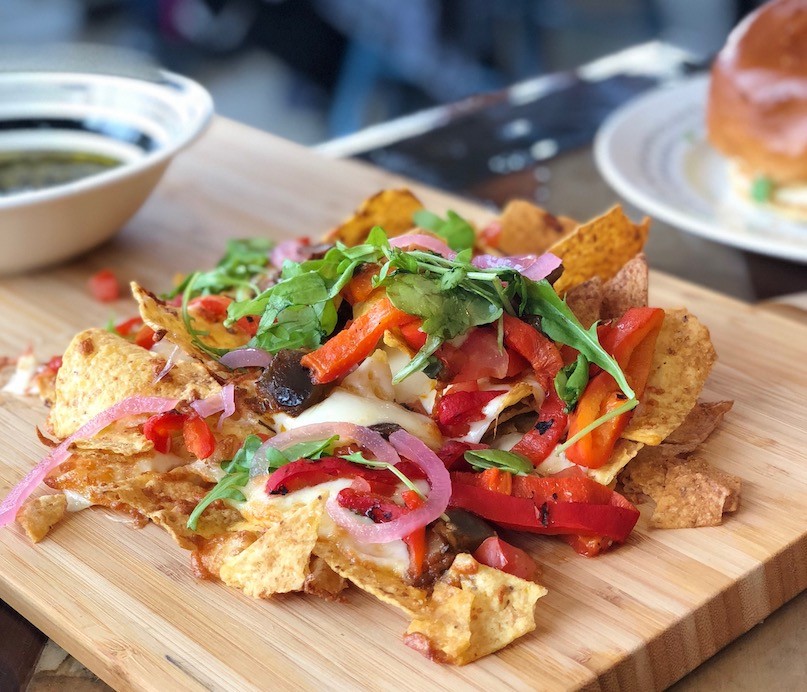 Menus here vary depending on time, there’s a brunch from 8:30 am to 2 pm, and a lunch one that crosses over a bit as it’s served from 11 am to 4 pm – both are served daily though.

Brunch offers your basics, but they’re elevated with Italian-inspired flavours. Still uber affordable (we’re talking $6 to $10 range), the Meat Breakfast Sammy, Vegetarian Breakfast Sammy, and poached eggs on toast are enough to satisfy that savoury brekkie craving. Add on the Berry Toast made with house made raspberry compote and some heftier egg dishes, and you’ve got a small but mighty brunch selection. 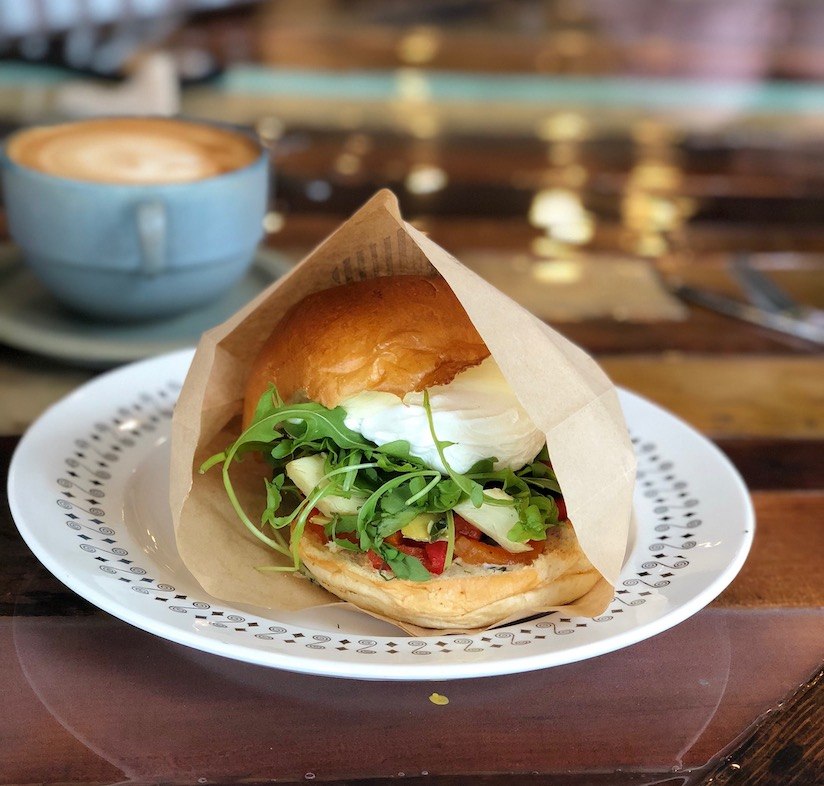 That’s not to say to say Spade doesn’t offer cafe basics such as drool-worthy baked goods and coffee such as their own custom 49th Parallel Coffee Roasters blends, along with cocktails like Negronis, Espresso Martinis, and Prosecco Margaritas, wine, and local brews such as 33 Acres and Parallel 49.

The bar in this spot also features a Spirit Triplette Espresso machine and Seraphim Pourover by Curtis to appease those coffee lovers who are itching for a top-notch caffeinated experience. 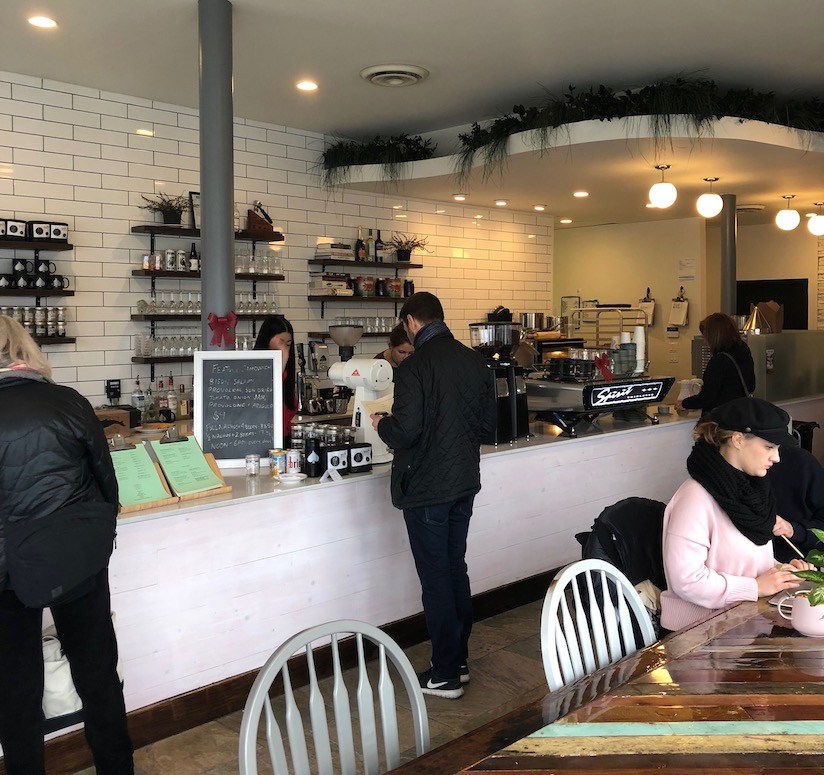 For lunch we’ve got the aforementioned nachos (must-try) along with a salad, two hoagies (veg and meat), and a meatball sub.

When it comes to supper, you can still opt for the nachos, but there’s a selection of traditional Italian offerings such as Burrata, Gnocchi, Octopus Conserva, Meatball, and cheese. With a rotating feature sandwich and house pickles, you’ll have to pop in a few times to conquer the whole evening menu.

You’ll also find locally-sourced ingredients from purveyors like Avalon Dairy, Cioffi’s, and Two Rivers Meats, which can be enjoyed in the 40-seat space which features a green living wall and vaulted ceilings.

The decor features a clean and chic colour scheme, and the centrepiece is a stunning 14-foot communal table, which was custom ordered and left behind by its original commissioner, so Piccolo got to snag this gem up for his new space.

We are expecting some great (and delicious) things from the tiny kitchen in Spade in the future, and we’re excited to see this concept settle into the neighbourhood. 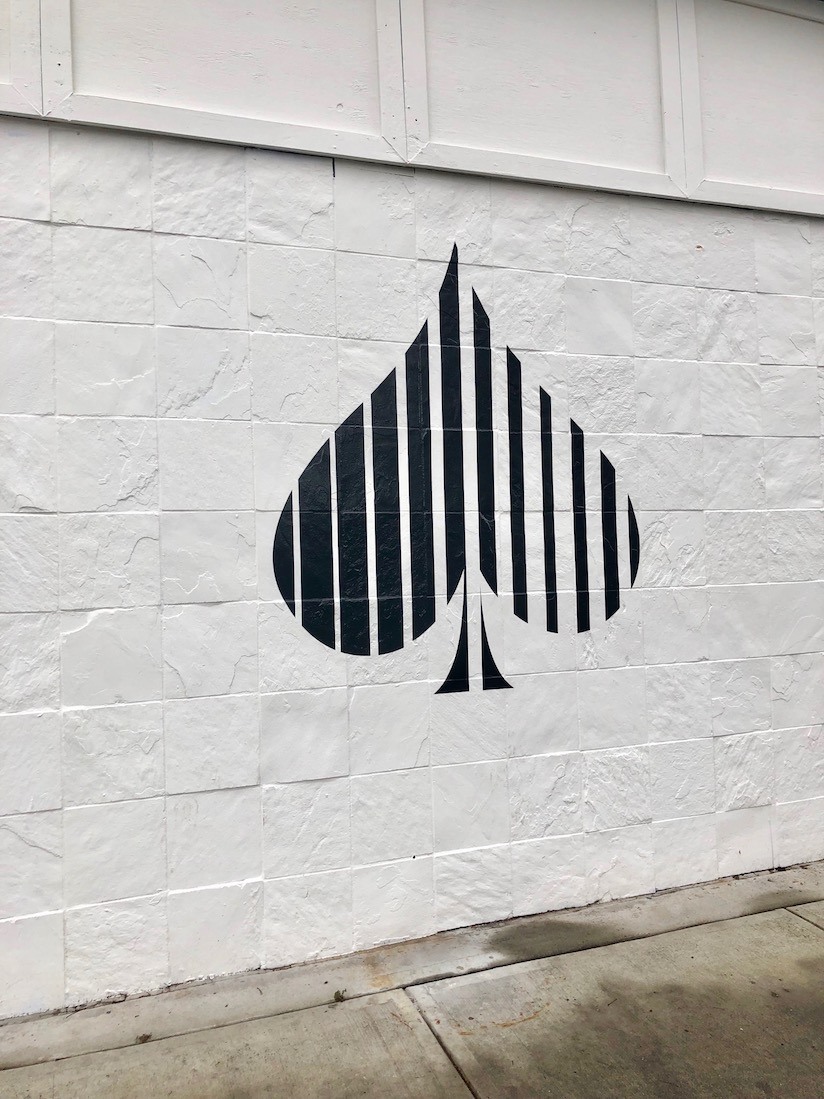