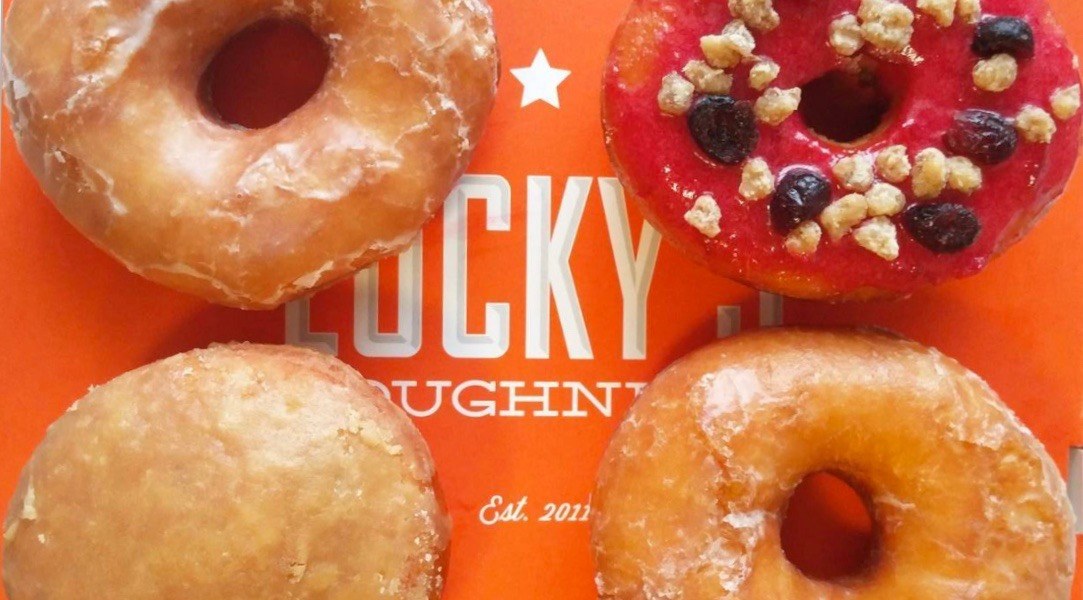 Christmas has come early, and in the form of a delicious glazed pastry.

Lucky’s Doughnuts recently soft-launched a ‘Sourdoughnut’ – the first of its kind in Canada – and people are absolutely loving this sourdough doughnut.

Aaron Surman, Executive Chef at 49th Parallel and Lucky’s, developed the recipe for the Sourdoughnut, and he says the response from customers has been overwhelming since the product’s soft-launch in mid-November.

This has prompted the former L’Abattoir Head Pastry Chef to make this special variety of doughnut a permanent item on Lucky’s menu.

“No one is selling a sourdough product like it anywhere. There are a few people in America that seem to have toyed with it, some people in London, but definitely no one in Canada has done it or perfected it,” Surman tells Daily Hive.

It takes a total of 48 hours to make a Sourdoughnut from start to finish, as opposed to a regular doughnut’s dough, which rests for just 12 hours before being baked.

“Any existing recipes I found online were still using things like baking soda and baking powder and still a bit of yeast to help it give that boost. I’ve perfected my recipe and it uses 100% natural sourdough,” says Surman.

Right now you can find a small-batch run of the Sourdoughnuts in both Lucky’s locations at approximately 1 pm daily. These treats are not yet available online and they have been selling quickly, so Surman plans to increase the number being made daily.

“I think people have an appreciation for the time and the effort that it actually takes to make sourdough, and I think it makes people really want to taste it. People are saying it’s the best thing they’ve ever had,” adds Surman.

After some serious research (aka eating) we understand why they would say this. If you’re a doughnut connoisseur, pastry lover, or even just have a sweet tooth – this creation is a must-try.