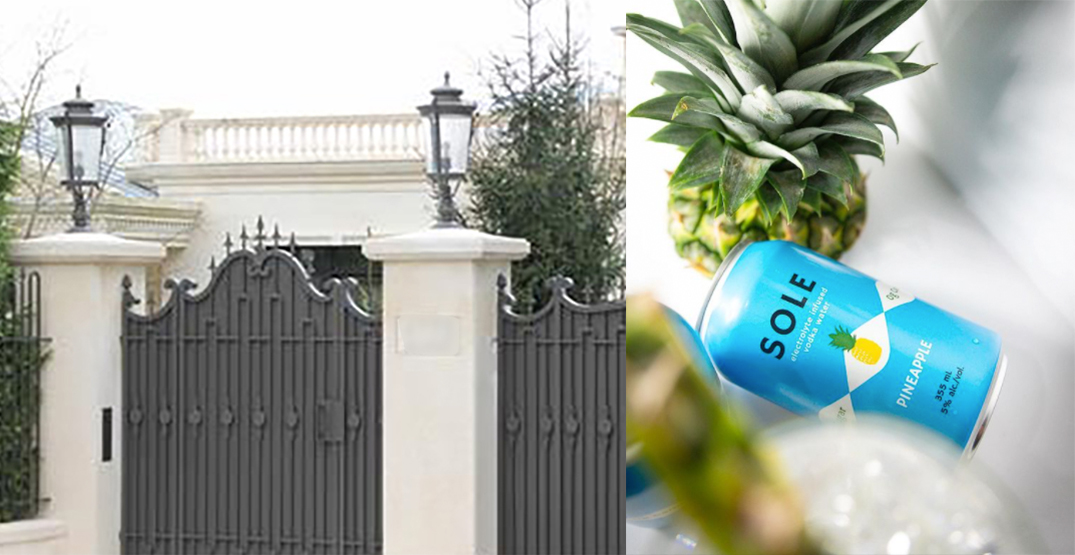 The vodka drink company behind a sponsored Halloween party on Vancouver’s billionaires’ row that saw two people transported to hospital is thanking first responders for quickly helping the patients.

Vancouver-based Sole Beverages Inc. confirmed in a statement that it organized a 200-person invite-only party at a Belmont Avenue mansion belonging to the Sidoo family and that two people were taken away in ambulances.

“In sponsoring and organizing this event, we sought to prevent overconsumption by limiting the bar and employing industry professionals with Serving It Right substance abuse training. However, like bars, clubs, and restaurants, we cannot prevent what individuals choose to bring in,” COO Naythan Lange said.

BC Emergency Health Services told Daily Hive that six ambulances responded to the home between 1 am and 4 am on October 31 due to “multiple reports of overdoses.” The Vancouver Police Department said it assisted in controlling the crowd while paramedics attended to two unconscious people.

Sole Beverages said the two patients were both released from hospital by 4:45 am.

“We wish them a strong recovery and empathize with their families and friends who are undoubtedly shaken,” Lange said.

The white Grecian-style home belongs to Manjy Sidoo, according to BC’s Land Title Search service. She’s married to David Sidoo, a philanthropist and former CFL player who did jail time last year for his role in the US college admission scandal.

According to the US Department of Justice, Sidoo pleaded guilty to conspiracy to commit mail fraud and honest services mail fraud. Sidoo apparently arranged for a man named Rick Singer to take high school and college admissions exams for his two sons, Dylan and Jordan.

Sole Beverages said it never directly contacted Sidoo to arrange the rental, but thanked him for hosting and for supporting emerging Vancouver businesses such as themselves.

“Though Mr. Sidoo was not involved in the event itself, it is the trust and support of people like him that allows us to flourish amidst the great hardships us and so many budding businesses have endured during the pandemic,” Lange said.

He added the party was hosted in the backyard of the home with heated tents, and guests never entered the house itself.

Sole Beverages makes electrolyte infused vodka water drinks that are non-carbonated, and markets them as a healthier alternative to traditional coolers.

Vancouver police called Halloween weekend one of the busiest stretches of the COVID-19 era because they responded to a number of violent incidents including one murder, several serious injuries, and extensive property damage. In addition, at least five people reported being sexually assaulted.

“Our officers were challenged due to the sheer number of incidents that took place across the city,” Sgt. Steve Addison said.