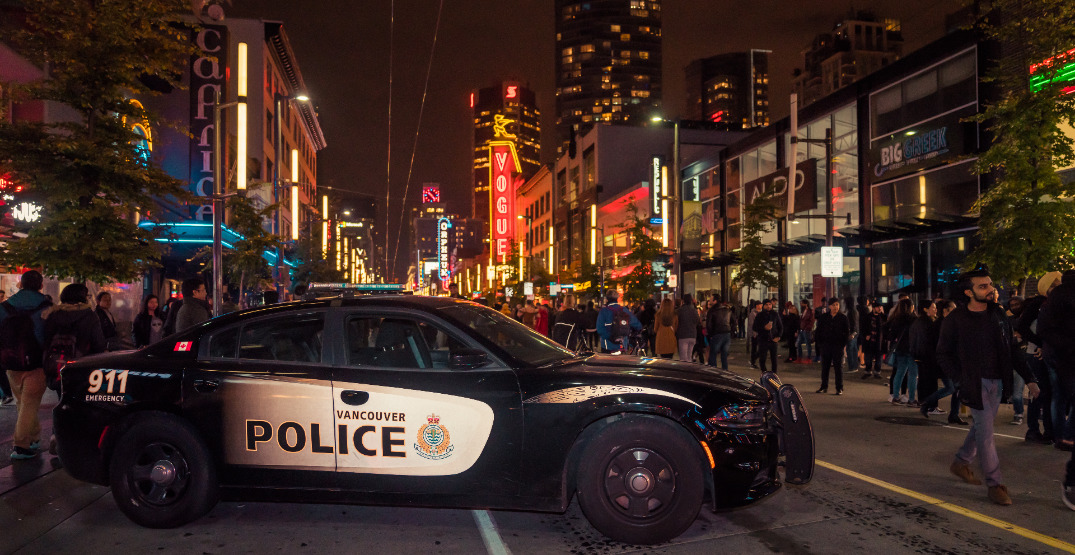 Thousands of people poured into Vancouver over the Halloween weekend, and now the VPD says it is investigating dozens of serious crimes.

The VPD is calling the weekend “one of the busiest stretches of the COVID era.”

“Despite deploying dozens of extra officers, VPD was stretched thin throughout the weekend after a number of violent incidents resulted in one homicide, several serious injuries, and extensive property damage,” says Sergeant Steve Addison.

At least five people reported being sexually assaulted and four police officers were assaulted over the weekend.

Addison adds, “Our officers were challenged due to the sheer number of incidents that took place across the city, but we’re working hard to gather evidence that will help us solve these crimes, hold offenders accountable, and keep people safe.”

More than 110 arrests were made between Friday night and Sunday morning, including 82 for criminal offences and 30 others for breach of peace or public intoxication.

#VPDNews: Vancouver Police are investigating dozens of serious crimes that occurred over the Halloween weekend, as thousands of people poured into the city for one of the busiest stretches of the Covid era. https://t.co/JIXSuPNzl4 pic.twitter.com/vw0iAOgscT

According to Addison, more than 215 extra officers were deployed to handle the increased call volume and monitor large crowds in the entertainment districts.

There were also several other serious incidents including a fatal hit-and-run and a deadly rollover collision.

Police are also investigating after multiple vehicles were set on fire in what police believe were targeted arsons.

A few hours later, a car was set on fire and completely destroyed near Victoria Drive and East 54th Avenue. Investigators are looking into possible links to the Lower Mainland gang conflict for this incident.