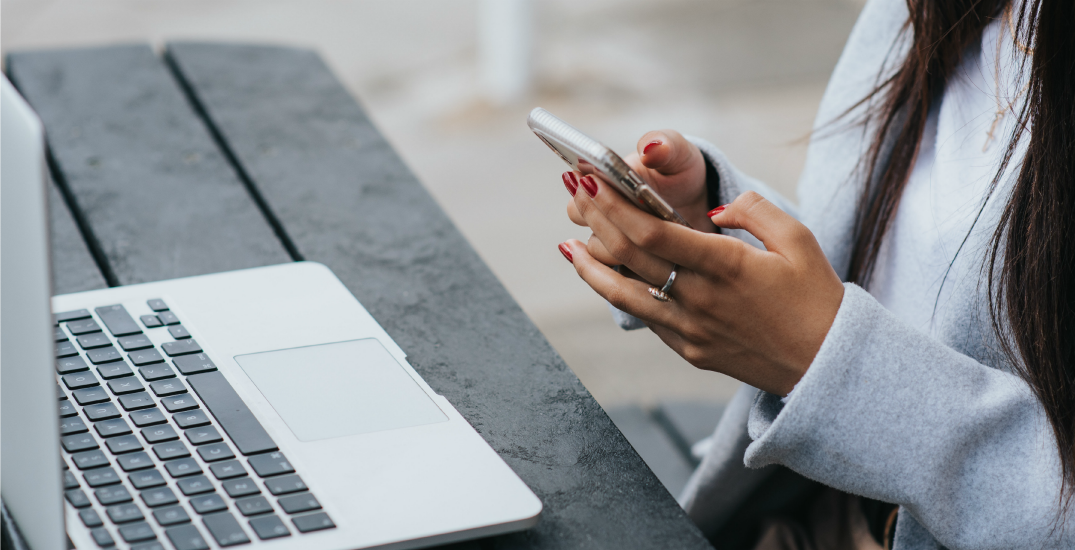 Editor’s note: This story discusses diet culture, eating disorders, and harmful food habits. If you or someone you know is struggling, call 1-866-NEDIC-20 or visit NEDIC.

Whether we like to admit it or not, it’s hard not to hop on the bandwagon of fun trends that emerge on social media.

In fact, social media algorithms make these trends seemingly irresistible as they prioritize content that fits within what’s popular at the moment.

This can be seen in trending dance videos, makeup tutorials, social media challenges, influencer marketing, and even food content.

Although many of these trends are harmless, algorithms like TikTok’s have promoted dangerous trends that have not been approved by experts, especially in terms of diet culture.

“Diet culture is interpreted in a way of health, and when you think of diet culture, you think of nutrition, healthy, and food — and these are things that get manipulated,” said Katherine Iu, dietetics student at UBC and creator of @fkeatingdisorders, in an interview with Daily Hive.

“People feel that these things will help them feel and look better, and that messaging gets really muddled because diet culture is hidden behind those themes,” she said.

The trick of the algorithm

“The algorithm has a biased way of selecting, and it groups everything under the same hashtag regardless of the positive or the negative,” said Trista Yuan, UBC undergraduate student with a major in dietetics, and creator of @allfoodsfit_nutrition.

“I’m consciously choosing who I’m following and what I’m turning into, but although I’m following very positive accounts, I can still see the transformation photos, or how to eat healthier and lose weight on the discovery page,” said Yuan.

In fact, by the end of 2020, TikTok launched an investigation and banned some search terms after The Guardian alerted them of harmful pro-anorexia content. This was despite TikTok’s measures to prohibit the advertising of weight-loss content.

“The safety and well-being of our community is a top priority and our Community Guidelines make clear that we do not allow content depicting, promoting, normalizing, or glorifying eating disorders,” said a TikTok spokesperson in an interview with Daily Hive.

However, harmful diet culture content still manages to persist on the app through multiple hashtags, even though TikTok strictly prohibits that content.

One example is the #WhatIEatInADay, one of many food hashtags on TikTok, which currently holds 6.8 billion views.

The majority of the videos that show up with this hashtag show young adults, mainly women, eating few calories, on juice cleanses, and sharing “weight loss diaries.”

One popular trend that has emerged from this hashtag is called “Nature’s Cereal,” with 884 million views. It is an unfounded weight-loss substitute for cereal that consists of coconut water, ice, and berries in a bowl.

This trend gained traction after American singer and rapper, Lizzo, shared it on her TikTok.

In this case, the algorithm promoted a popular trend despite it being proven by a health expert, as TikTok does not have medical professionals to fact-check.

Rather, they direct searches related to eating disorders to the National Eating Disorder Information Centre’s (NEDIC) helpline along with other resources.

“We also surface permanent public service announcements on hashtags like #whatIeatinaday to increase awareness and provide support for our community,” said the TikTok spokesperson.

However, as regulation has proven to be difficult, this can still have a detrimental impact on the mental and physical health of TikTok users, especially young females.

“With social media, you get an interactive but manipulative algorithm that pulls you into that industry. If you search up #health or #fitness, almost 99 percent you will also be pulled into weight loss/beauty products, hip shrinkers or skinny tea … it’s really sickening,” said Iu.

These diet culture trends can be especially concerning for many Gen Z-ers, as social media is often part of their go-to news outlets, which makes them more susceptible to being influenced.

“It all boils down to this generation having a lack of media literacy. It’s really tough because when you look at social media outlets, everything looks so perfect and credible,” said Iu.

In 2020, TikTok stated in a news release that many of their users start their “creator journey at 13.” The New York Times further investigated this and found that more than a third of its 49 million daily users in the United States are 14 years old or younger.

Later, TikTok released a news release on parental guidance features on the app, but this still does not stop many people from being impacted.

“Adults love to say, ‘Let’s just shut this off,’ or ‘Maybe If I don’t talk about it it’ll reduce how they think about this,’ but this is so not true. We need to open our eyes up and have conversations on how we can develop the skills to safely navigate such harmful content,” said Iu.

Removing the app completely may not be an option for many young adults who are used to having it as part of their everyday routine or even have a career on TikTok.

Additionally, Iu said that a common misconception is that usually, it’s not the social media platforms causing the eating disorder, but rather social media is the catalyst that exacerbates the psychological comorbidities that those with an eating disorder experience.

So, it’s important to have those conversations and understand that diet culture is not just seen on social media. Rather, platforms like TikTok allow for diet culture misinformation to be spread wider and quicker than ever.

On the upside, not all content seen on TikTok or other platforms is promoting toxic diet culture.

In response to many of these diet culture videos, many users, especially women, have been creating their own anti-diet or intuitive eating videos to empower others to eat what makes them feel good in their bodies.

Many have also opened up about societal expectations, body image struggles, and diet culture.

In an interview with Daily Hive, Melissa Baker-Wilson, manager of Nutrition & Wellbeing Food Services at UBC, said it’s important to curate your feed to follow people that promote intuitive and realistic eating.

“If you are looking through your feed and you see a post that makes you feel bad about your body or what you ate, just unfollow that person,” she said.

“It’s also important to just use social media less by putting your phone down and trying to limit your consumption of content.”

Yuan said you can also verify the health claims on social media by looking up journal articles from your local library, or by following official registered dietitians on social media.

This will change your algorithm so you start seeing more evidence-based accounts on your “For You” page.

“Support what makes you feel happy, share images that inspire you or make you feel good about yourself … and it takes a lot of work, but if those accounts are making you feel bad and affecting your mental health, then it’s worth the effort,” said Baker-Wilson.