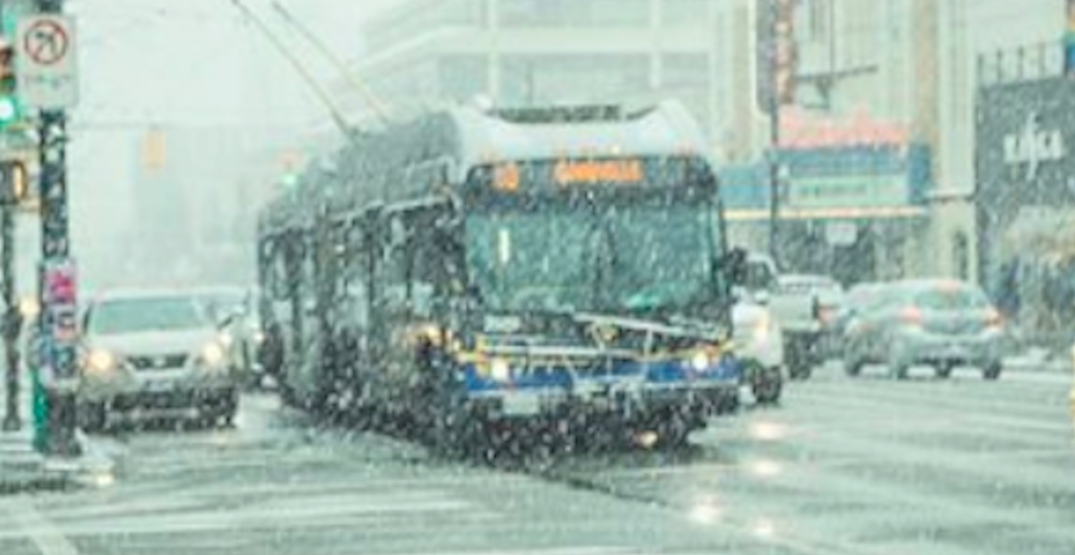 A Snowfall Warning is in effect for parts of Metro Vancouver.

According to Environment Canada, the warning applies to Surrey and Langley with total amounts of 10 cm expected.

“Another strong storm system will cross the south coast tonight. Outflow winds will work to lower surface temperatures below the freezing mark this evening and through to at least tomorrow morning,” said the weather agency in a statement.

“Snow is expected to develop late this evening with 5 cm expected tonight. An additional 5 cm is possible Saturday morning.”

Warm air will pushed onto the coast early Saturday morning and with the sub-zero outflow winds, there is also a risk of freezing rain.

A special weather statement calling for more snow, freezing rain, and heavy winds is also in place for the following areas:

The storm will arrive tonight with snow beginning in the late evening. As warmer air moves into the region, the snow is forecast to eventually turn into rain through Saturday.