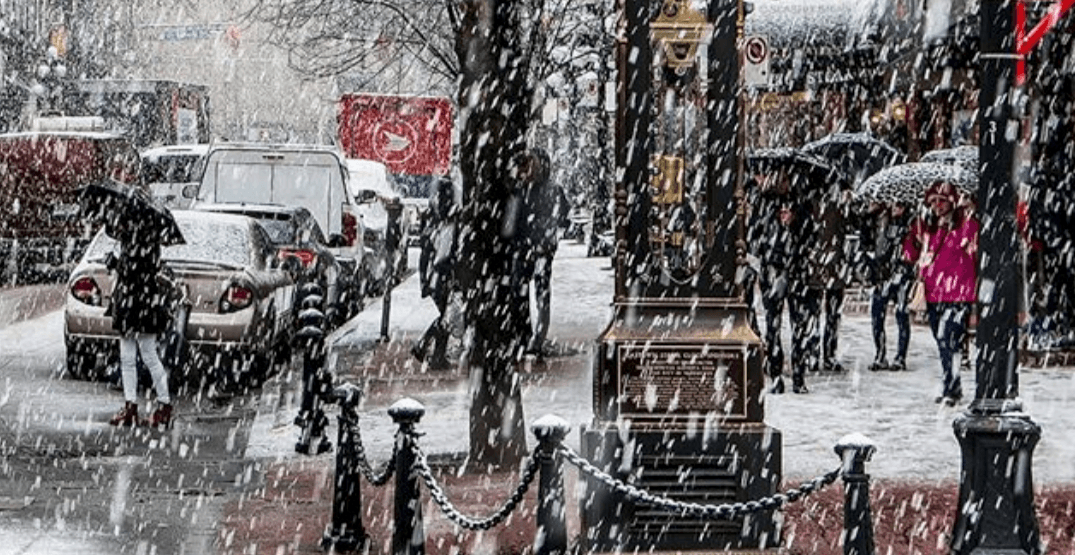 Don’t be surprised if you see some snowfall this Valentine’s Day.

More winter weather could be making its return sooner than expected, according to a snowfall warning issued by Environment Canada.

As a low-pressure system approaches the south coast, anywhere between five to 10 cm of snowfall is expected.

Snow is expected to develop this afternoon but, depending on location, will transition into rain overnight or on Friday morning.

Environment Canada stresses the potential for snowfall during the late afternoon and early evening rush hour.

If driving, prepare for quickly changing and deteriorating travel conditions.

Anyone using public transit may want to give themselves extra time as well.