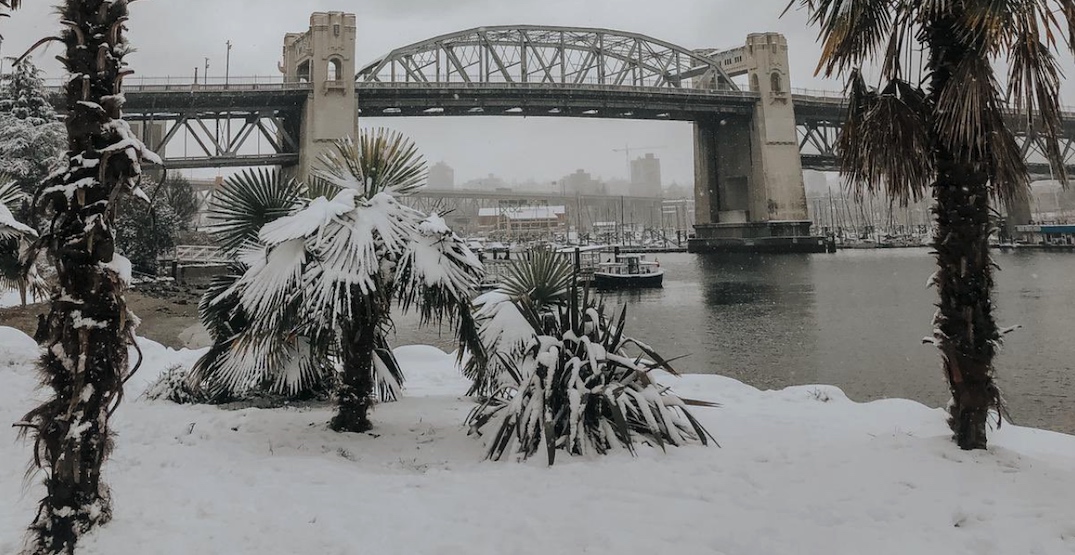 Environment Canada says some areas could see up to 10 centimetres of snow before things ease off Saturday.

Snowfall warning in effect for:

The weather agency says, “A strong Pacific frontal system will move onto the BC south coast tonight, bringing a wintery mixture of precipitation to much of the region. Temperatures will be cold enough to keep snow levels mainly between 200 and 300 metres; however, the heavy precipitation may allow the snow levels to lower briefly closer to sea level.”

Meanwhile, parts of the Fraser Valley are now under a winter storm watch, with heavy snow expected.

Winter storm watch in effect for:

Environment Canada says there is also a risk of freezing rain.

There is also a winter storm warning up for Squamish and Whistler, where hazardous conditions and rapidly accumulating snow are of concern.

The area could see between 25 and 35 centimetres of snow and even some blowing snow.