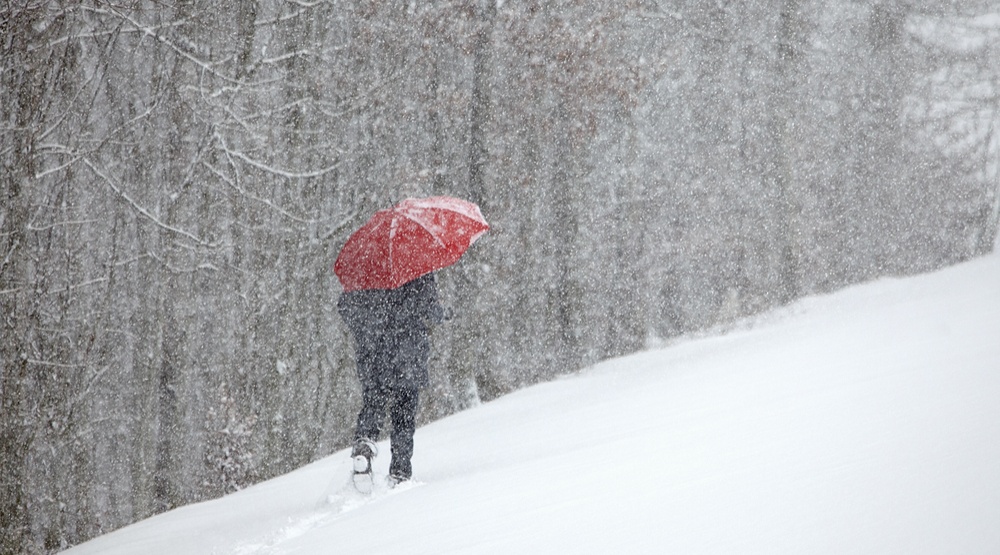 Environment Canada is predicting that between 5 and 15 cm of the white stuff could fall in the region as an “intense” snowstorm hits Vancouver tonight.

In an updated weather warning issued this morning, Environment Canada said that higher elevations could get up to 25 cm of snow.

“Total snow accumulations of 5 to 15 cm are expected over low lying coastal regions with up to 25 cm over high terrain,” it said. “The airmass over the South Coast will remain cool through the weekend. Any snow that falls tonight and Friday will probably stick around.”

The impending snowstorm won’t be a flash in the pan either as cold temperatures and further flurries are also predicted for next week.

“Flurries are possible on Sunday across the region. A return to cold sunny conditions is forecast for early next week as Arctic air will take a firm grip on southern B.C. More snow may come by the end of next week.”

Vancouver has already begun to prepare for the upcoming storm.

The City says that there will be additional salter trucks on the road salting and plowing main routes (and extra salt trucks taking care of priority hills). Bombardiers will also be clearing seawall paths and sidewalks, and smaller salting units will be clearing priority bike routes.

Crews will be manually removing snow at bus shelters, gutters connected to catch basins, and sidewalk let downs at intersections.

However, the City is keen to remind residents that they must take responsibility for their own walkways. “Vancouver property owners and occupants (tenants) are responsible for clearing snow and ice from sidewalks that surround their property by 10 am, the morning after the snowfall,” the City said in a release.

This is in effect seven days a week, and residents who do not comply are subject to fines.

However with ice melt sold out almost everywhere in the city, you might want to check out these alternatives to keep your sidewalk safe.

After a 10% rise in energy usage during this week’s earlier flurries, BC Hydro is also expecting a spike as the snow hits the region tonight.

That amount is close to the highest demand on record, which was observed on November 29, 2006, when power consumption reached 10,113 megawatts between 5 and 6 pm.