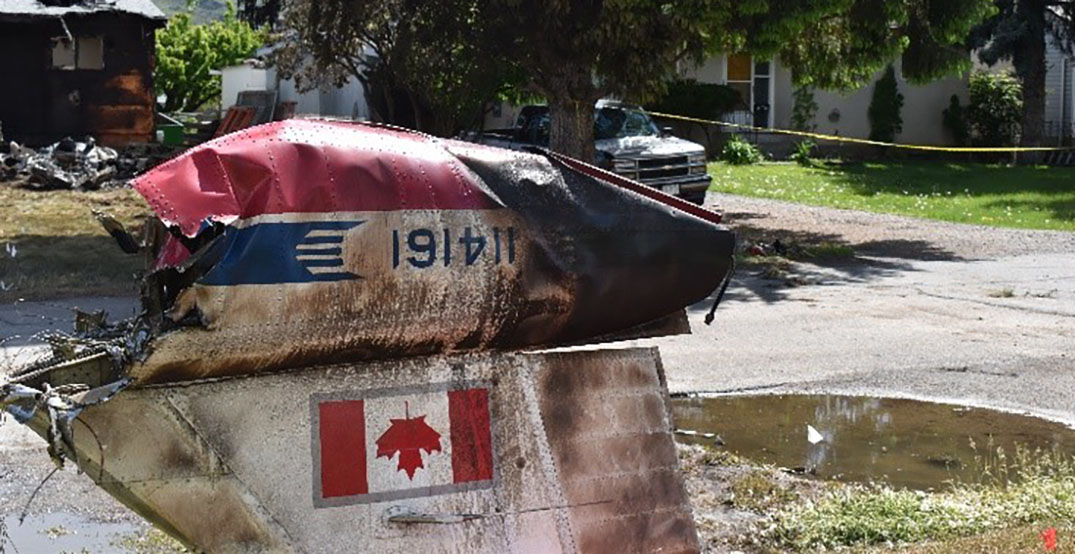 The Snowbird plane crashed in Kamloops, BC on May 17. (Royal Canadian Airforce)

A preliminary report from the Royal Canadian Airforce says the fatal Snowbird crash in Kamloops last month could have been caused by a bird hitting one of the engines.

Investigators analyzed video footage of the May 17 crash, and saw a bird flying very close to the plane’s right engine during a “critical phase of takeoff,” the report says. 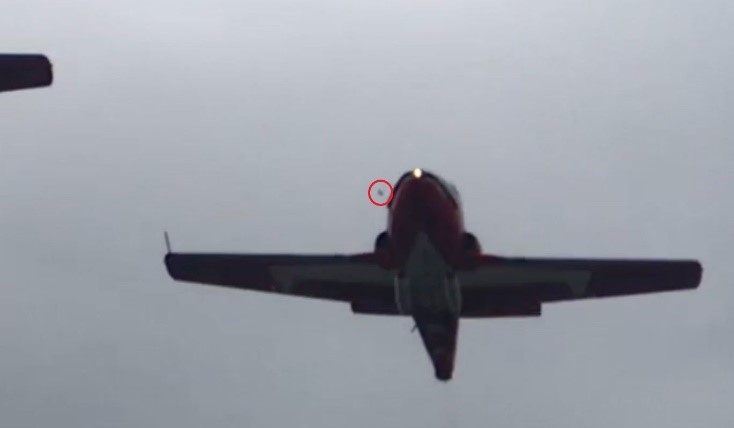 The bird near the plane’s engine is circled in red. (Royal Canadian Airforce)

The plane was taking off in Kamloops, BC as part of Operation Inspiration, a cross-country tour to lift spirits during the pandemic. The plane turned left while taking off and then did a nose dive, crashing in the yard of a Kamloops home.

Both the pilot and passenger ejected from the aircraft, but only one survived. Captain Jenn Casey was killed in the crash. She was the Snowbird’s public affairs officer, and used to work as a journalist in Halifax.

The RCAF has suffered another tragic loss of a dedicated member of the RCAF team. We are deeply saddened and grieve alongside Jenn’s family and friends. Our thoughts are also with the loved ones of Captain MacDougall. We hope for a swift recovery from his injuries. – Comd RCAF pic.twitter.com/UZKJa6OT3S

Going forward, the crash investigation will focus on the birdstrike and the escape system’s performance.