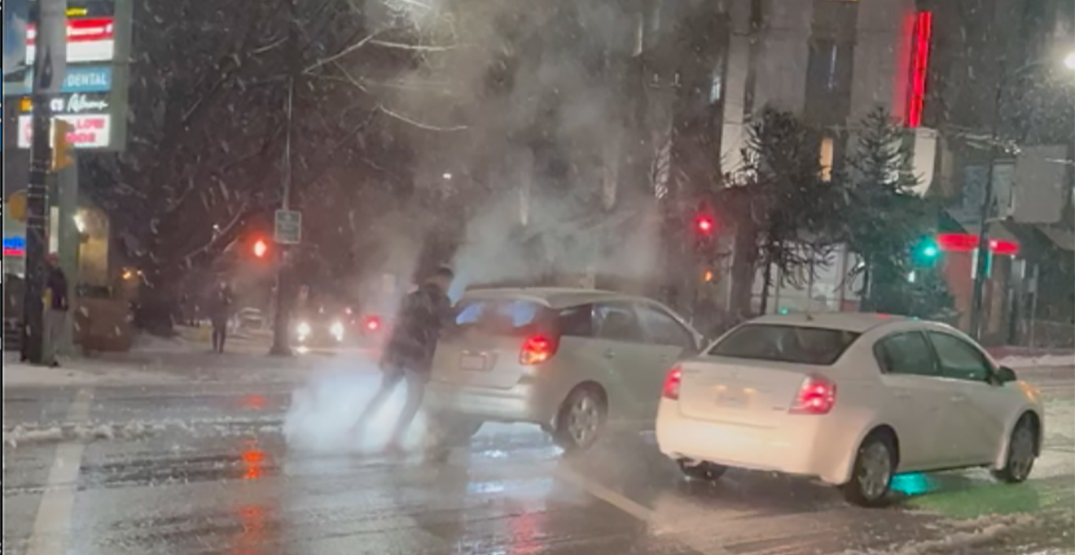 Metro Vancouverites had a messy evening commute Tuesday, and more snow is on the way Wednesday, threatening to make journeys difficult again for transit users and drivers.

Environment Canada issued winter storm warnings across BC Wednesday morning and advised people to avoid non-essential travel. Most of the snow is forecast to fall Wednesday evening, before turning to freezing rain on Thursday morning.

If Wednesday’s snowfall is anywhere close to Tuesday evening’s storm, buses will get stuck on hills and normal drives will take much longer than they should.

Daily Hive captured video Tuesday evening of someone pushing a car from behind to complete a left turn at Kingsway and 11th Avenue while a bus struggled to get up the hill behind it. 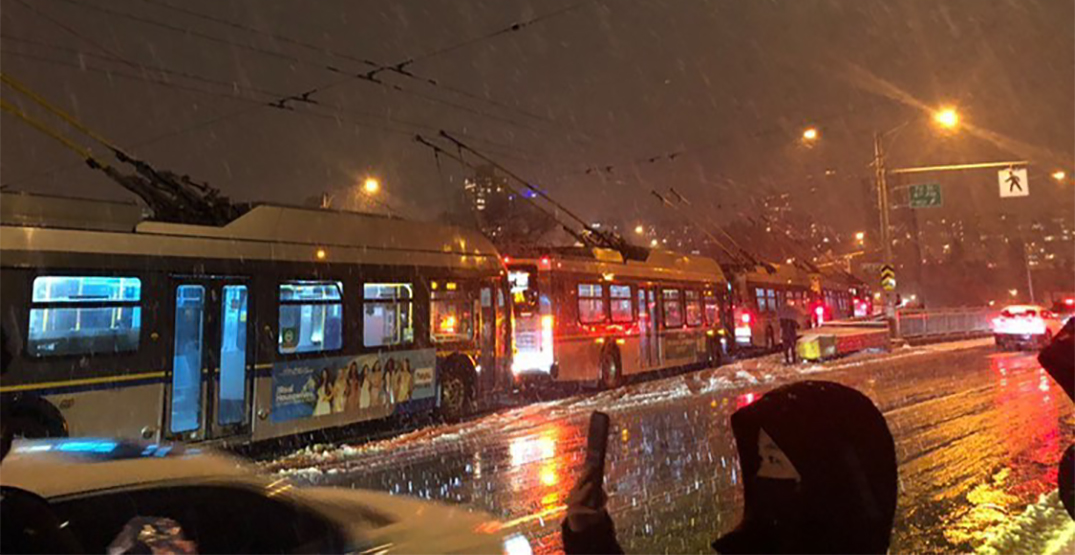 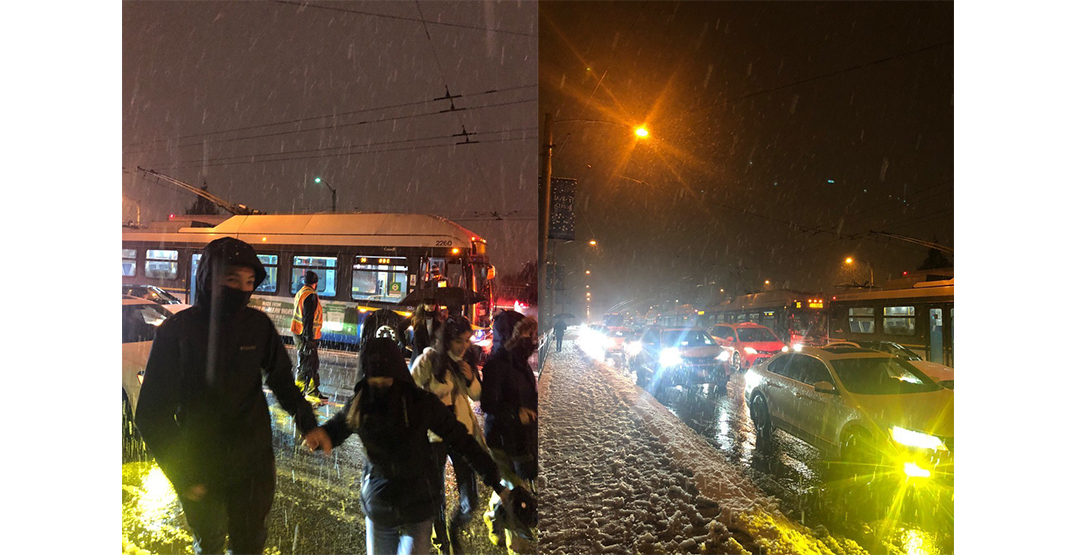 Twitter users shared photos of buses stuck on gentle hills in many parts of the city, including Kitsilano.

4 buses stuck in Kitsilano on 4th and maple as the roads are getting slick, haven’t seen any snow plows yet since snow started falling early this afternoon. #vancouversnow #Vancouver #Snowfall #driving pic.twitter.com/EoiU3Cbccm

“Just over the hump of the Granville Bridge, it’s utter chaos for those heading [south]. Trolley buses [are] parked halfway up and cars [are] struggling to make it up the hill,” Ryan Voutilainen tweeted.

While it looks okay from downtown #Vancouver, just over the hump of the #GranvilleBridge (#BChwy99), it’s utter chaos for those heading S. Trolley buses parked halfway up & cars struggling to make it up the hill. The big issue.. the #slush has turned to #ice.#ShareYourWeather pic.twitter.com/kcWm64PCO3

Laura Duhan-Kaplan tweeted that it took her two and a half hours to drive seven kilometres through Vancouver because several hills were blocked by stuck buses and cars trying to drive with summer tires.

TransLink did not respond to Daily Hive’s request for comment on this story, but a City of Vancouver spokesperson said its priority is clearing main roads.

The city will also clear the 16 most-used bike lanes in the city.

Residential roads are not included in the City’s arterial route clearing plan, except where there are key hills.

Sun said that Vancouver has more than 100 pieces of equipment, including vehicles, for snow removal but did not answer Daily Hive’s question about how many snow plows are in its fleet.

The City’s 2021 budget for snow readiness sits at $1.8 million, although the average total spend sits at $5.4 million including readiness and response. Sun said the total fluctuates from year to year depending on the weather.