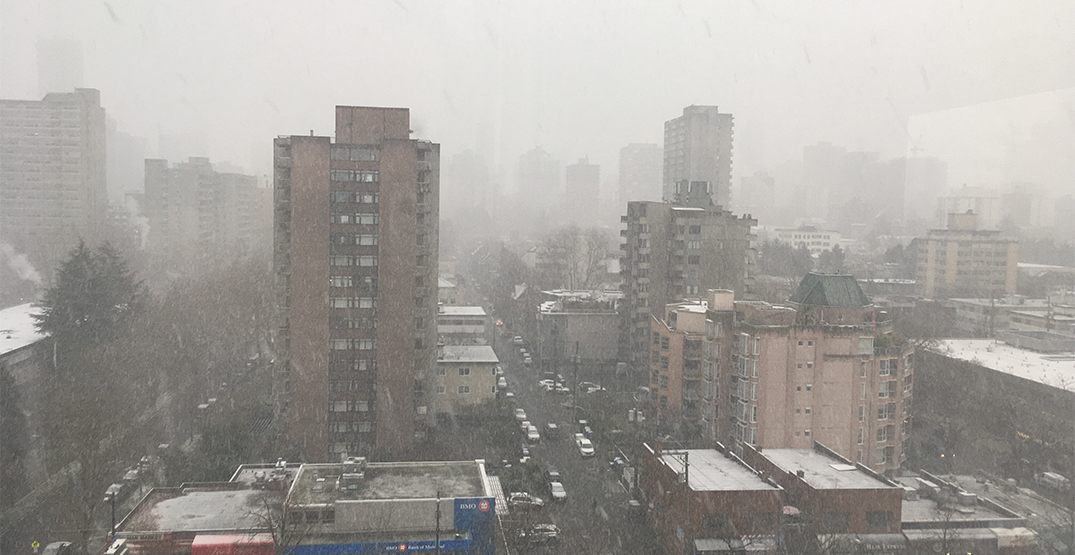 The flakes started swirling over downtown around 1:30 pm, and quickly obscured highrises from view. By 2 pm, many rooftops were dusted in a light coating of wet snow.

Flurries also started over Kitsilano, East Vancouver, and in Coquitlam, although Delta and other southern areas of Metro Vancouver were reportedly still seeing sun. 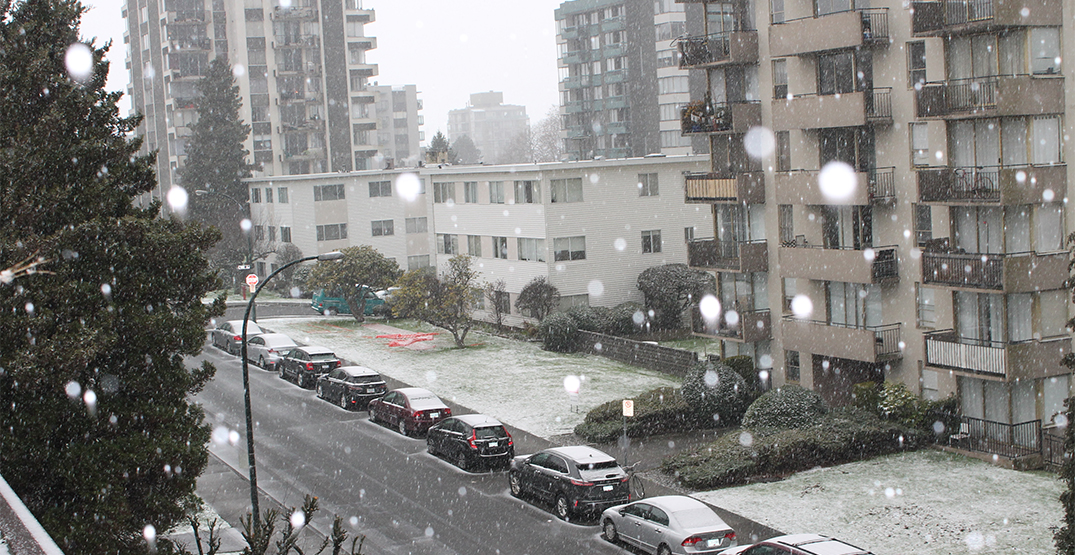 Environment Canada has issued a special weather statement for Metro Vancouver as a blast of arctic air comes to the South Coast.

Environment Canada says that coastal areas will see temperatures 5°C to 10°C below normal, “making for the coldest conditions seen this season.”

Metro Vancouver’s forecast currently calls for a 30% of showers or flurries on Monday and a low of -6°C. Combined with the wind chill, however, it’ll feel closer to -8°C.

Wednesday is another notable day for this week’s forecast with a 60% chance of flurries, windy conditions, and a low of -12°C.

If it’s any consolation, Tuesday, Thursday, Friday, Saturday, and Sunday call for sunny skies or a mix of sun and cloud throughout the day. The weekly high will range between -2°C and 4°C, while the low temperature will range from -12°C and -4°C.