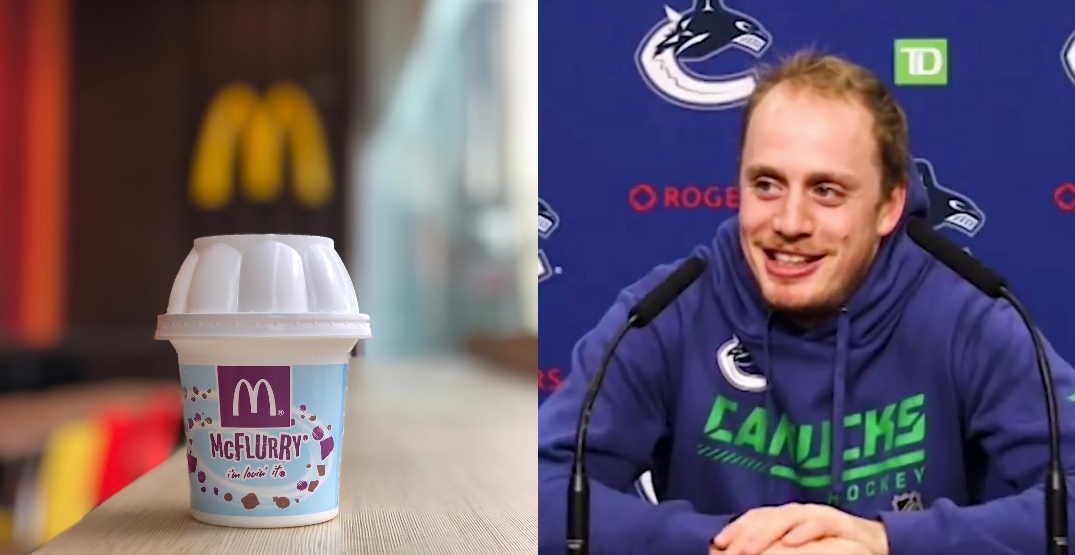 Instead of hats raining down onto the ice after Brandon Sutter’s hat trick goal on Monday night, just one hat — belonging to backup goalie Braden Holtby — hit the ice at Rogers Arena.

It was a cool moment in these bizarre times, but certainly it’s just not the same without fans at games.

Even among the players, they’re limited in the amount of socializing they can do with each other. So what do you do?

“Man, we miss the fans,” Canucks defenceman Nate Schmidt said on Tuesday. “It’d be such a cool thing for [Sutter’s hat trick] to happen with people in the building.

“I know that he was still pretty pumped about it, I was trying to order a McFlurry for him last night, just a little treat, but I couldn’t get his address in time before the delivery service closed unfortunately.”

Here’s a treat that’s just as delicious as an Oreo McFlurry: time for Snapshots.

Schmidty is a beauty

If you don’t already know, Schmidt is an absolute beauty.

It’s too bad that he hasn’t had a chance to interact directly with the fans in Vancouver yet, because he’s one of the best personalities in the National Hockey League.

Listen for yourself right here:

WE MISS YOU #CANUCKS FANS 😢 pic.twitter.com/092xoBsmQc

Asked about the importance of stringing some wins together, Schmidt responded with “Man, going streaking, like Frank the Tank. Going streaking’s the best. It’s the best part about this game, it’s when things are going right, and you need to build off these types of wins and not just be satisfied with winning the first game.”

Prediction: if the Canucks manage to sweep their three-game series with the Toronto Maple Leafs next month, there will be people going streaking through the Quad and into the gymnasium.

One of the good things about no fans

You can hear all the swears.

Schmidt finding his form after a rocky start

It’s been a rocky start for Canucks blueliners this season, and Schmidt was no exception.

But Monday was a step in the right direction.

Schmidt and his defence partner Alex Edler were on the ice for three Canucks even strength goals and none against. The two have been paired together most of the season, and they’re still working on building chemistry.

“Contrary to popular belief, [Edler] does talk quite a bit on the ice,” said Schmidt when asked about their seemingly opposite personalities. “[Communication] is the foundation of your group. You can really make a play that looks innocent, make it look a lot easier because someone says [something].”

Schmidt referenced a play not long before Sutter’s first goal of the game. Sutter yelled at Schmidt to move the puck quickly, as two Senators forecheckers were breathing down his neck. He did, and the Canucks moved the puck up the ice, and eventually scored.

It’s early, but Bo Horvat was leading the NHL in scoring after Monday’s win. Not too shabby.

He finished fourth in playoff goal scoring last summer as well, so this isn’t just a blip.

Hoglander is here to stay

Part of the reason for Horvat’s early season success can be attributed to rookie Nils Hoglander.

I don’t think I was alone in assuming that the 20-year-old Canucks rookie would need some time in the AHL before flourishing in the NHL, but Hoglander has proven doubters wrong so far.

We all knew about his immense talent, but Hoglander has managed to keep his place in the lineup because of his responsible defensive play, his strength on the puck, and his willingness to go to the dirty areas.

No, he hasn’t scored a lacrosse-style goal (yet), but he did do this to set up Tanner Pearson’s goal against the Sens:

Chipping a puck past a defenceman and making a diving sweep pass? You don’t see that every day.

How ’bout those role players?

The Canucks’ depth forwards have been maligned for years now, but let’s give them some love.

Sutter is not only second on the team in goals (4), but he’s helped provide more reliability to his line after taking Adam Gaudette’s spot at centre. Tyler Motte also has three goals.

After costing them games early, the Canucks’ penalty kill has been better of late too, as they’ve killed off 16 of 17 power plays in the last three games.

The Sutter-Beagle-Motte line has been a monster tonight. No, really, I'm serious.

The trio that made up the Canucks’ fourth line to start the season — Sutter, Motte, and Jay Beagle — are all faring decently well by the advanced stats.

Motte and Sutter rank fifth and sixth on the team in expected goals, among players with more than two games played, while Beagle is ninth.

Stick taps for the siren crankers

Front-line health care workers are cranking the siren before every Canucks game this season. It’s a nice reward for people doing some really important work during a tough time.

But let it be known, these two have set the standard for how to crank it up:

#Canucks should let these two crank the siren before every game pic.twitter.com/gRVD5J6y8a

Boy oh boy, did the Canucks ever need a win on Monday.

#FireBenning was trending on Twitter on Saturday night, and you can understand why the fanbase was pissed.

The Canucks looked downright dreadful in a second straight loss to the Montreal Canadiens, and had their doors blown off defensively in three straight games.

They desperately miss Jacob Markstrom, Chris Tanev, and Tyler Toffoli — three players that they couldn’t or wouldn’t offer contracts to in part because of their dreadful salary cap situation.

Not counting Roberto Luongo’s cap recapture penalty, more than $10 million of cap space this season is being spent on players who aren’t playing for team — Loui Eriksson, Sven Baertschi, and Ryan Spooner (buyout).

I could go through the other gaffes, but you know the names by now.

The timing of the #FireBenning movement appears premature though. If you’ve stuck by Benning through the last seven years, it doesn’t make sense to let him go because of a bad stretch in the first 10 games.

Also, Elias Pettersson, and to a lesser extent, Quinn Hughes, haven’t been close to their best yet. That won’t last.

That said, if the Canucks miss the playoffs for a fifth time in last six years, the heat will rightly be on Benning. 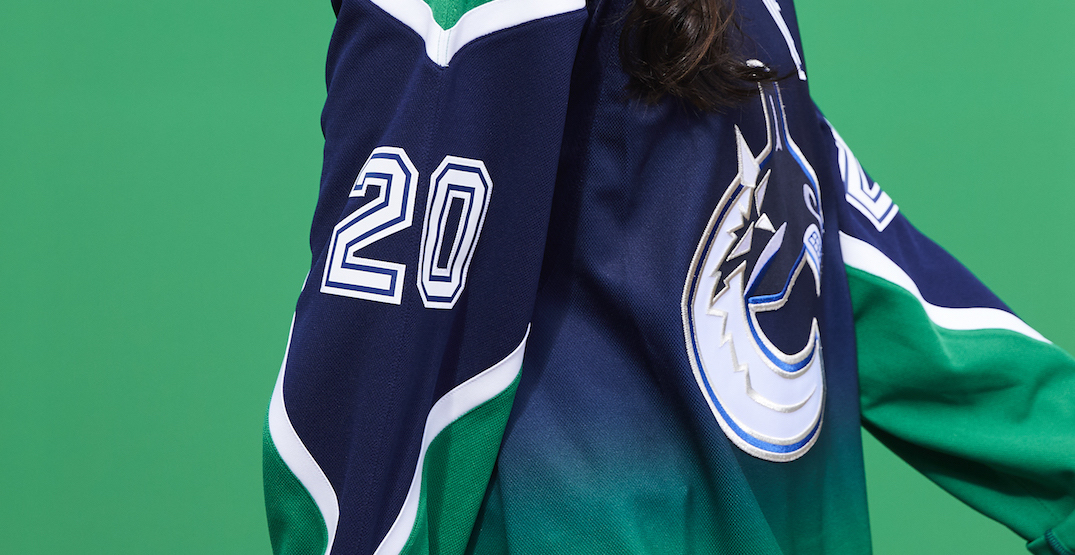 We haven’t seen the Canucks’ green reverse retro jerseys hit the ice yet, but I’m told a schedule will be released soon.

We also haven’t seen a Canucks goaltender start two games in a row yet, but Thatcher Demko made a good case for it after Monday’s start.

Sure, the game was 7-1, but the Canucks still leaked a number of high-quality chances early on. Demko was sharp, and he’s making a good case for starting on Wednesday.

That’s a move I would make, even though he and Holtby will split the upcoming back-to-back games. Then, whoever plays better in those two starts gets the nod for Saturday’s game in Winnipeg. Ride the hot hand.