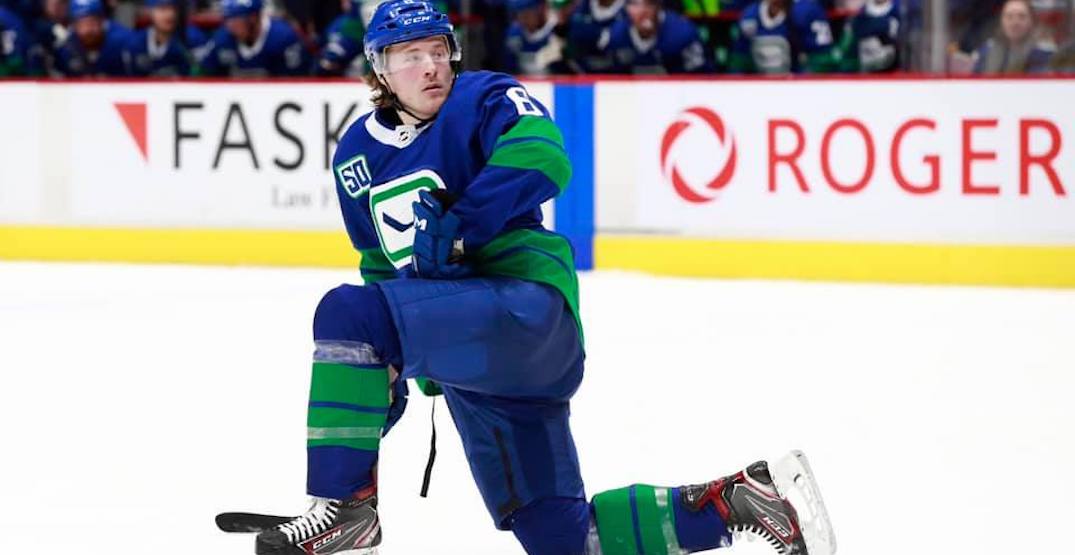 For the first time in a while, it feels like we can talk hockey.

I’m talking about the play on the ice, looking ahead to the Vancouver Canucks’ next game.

We don’t know when that’ll be yet, of course, but we do have a decent idea of who it might be against.

Multiple reports now confirm that the NHL is looking at returning this summer with a 24-team tournament to decide the Stanley Cup. In such a scenario, the Minnesota Wild would be the Canucks’ opponent.

Here are your Thursday Snapshots.

Bring on the Wild

If the 24-team playoff plan comes to fruition, the Canucks would match up well with the Wild.

For starters, with an average age of 30.2, Minnesota is one of the oldest teams in the league. The Canucks, meanwhile, are one of the youngest (27.7). That’s especially true for most of each team’s best players.

In a scenario that will see many players returning to game action following months of inactivity, the advantage should be with younger players, who don’t need as much maintenance on their bodies.

Minnesota was on a roll coming into the pause, winning eight of 12 games after Dean Evason took over as head coach on February 14. But surely momentum will no longer be a factor.

The Wild have a balanced team, and they could win a series against the Canucks, but comparatively speaking, it’s a good matchup for Vancouver. Minnesota’s top scorer is Kevin Fiala, a 23-year-old Swiss forward who put up 54 points in 64 games. But after that, it’s a long list of players past their best before dates like Ryan Suter, Eric Staal, Zach Parise, and Mats Zuccarello.

The Canucks, conversely, have a more top-heavy lineup with an impressive top-six forward group that includes Elias Pettersson, JT Miller, Brock Boeser, Bo Horvat, Tyler Toffoli, and Tanner Pearson. The biggest question mark for Vancouver would be their defence, after Quinn Hughes.

But if Jacob Markstrom is on top of his game, I like Vancouver’s chances.

I know, I know

What a weird arrival this would be

If (when?) the NHL returns this summer, Brogan Rafferty will surely be up with the Canucks, as teams carry larger rosters with the AHL season cancelled.

Rafferty appeared in two games with Vancouver at the tail end of the 2018-19 season, but hasn’t played with the Canucks since impressing at the AHL level. He was named to the AHL’s All-Rookie team on Tuesday and received a more prestigious honour on Wednesday, picked for the league’s Second All-Star Team.

Both honours are well-deserved, as he finished the season with 45 points in 57 games. But imagine if he ends up playing a big part on a Canucks playoff run, without fans in the stands?

You’ve got to hand it to both BC Premier John Horgan and Alberta Premier Jason Kenney in the last few weeks.

Both men have made no secret about their desire to host games in Vancouver and Edmonton, respectively.

Realistically, Edmonton makes the most sense. They’ve got a low case-count, making it a relatively safe place to play, coupled with one of the newest arenas in the league. Add in the fact that Rogers Place comes with an attached practice rink and hotel, and there’s a lot to like about Edmonton from an NHL perspective.

But Edmonton isn’t stopping there. According a report from TSN’s Darren Dreger, the Alberta capital is also including some “lifestyle” aspects in their bid, which could include a golf course, among other things.

The only problem? It’s still Edmonton.

That appeared to be what Horgan was hinting at during yesterday’s media conference.

“What I’ve heard from those who represent players, the view is that if you have to spend a couple of months in one place for the summer, Vancouver would be the place to do it,” Horgan said. “And that’s not belittling any other NHL cities in North America.”

One idea worth a look is having fans return to games at some point. It’s been done in Taiwan, where the CPBL began allowing 1,000 fans spaced out in its ballparks on May 8. A week later, it was increased to 2,000 fans and teams began opening concession stands.

John Shannon reports that the NHL could host 2,000 to 2,500 fans in arenas, based on spacing people six feet apart.

The NHL and teams have done social distancing models for people in seats…most arenas, based on people being 6 feet apart in every direction…would only be able to host 2000 to 2500 fans at a game. A bit of a non-starter.

The challenge for hockey is that fans would be indoors rather than outdoors, which poses an increased risk, though players and staff are separated by plexiglass. If it can be done safely, even 2,000 fans would make a huge difference to the in-arena atmosphere.

Maybe something to consider by the time the Stanley Cup Final begins.