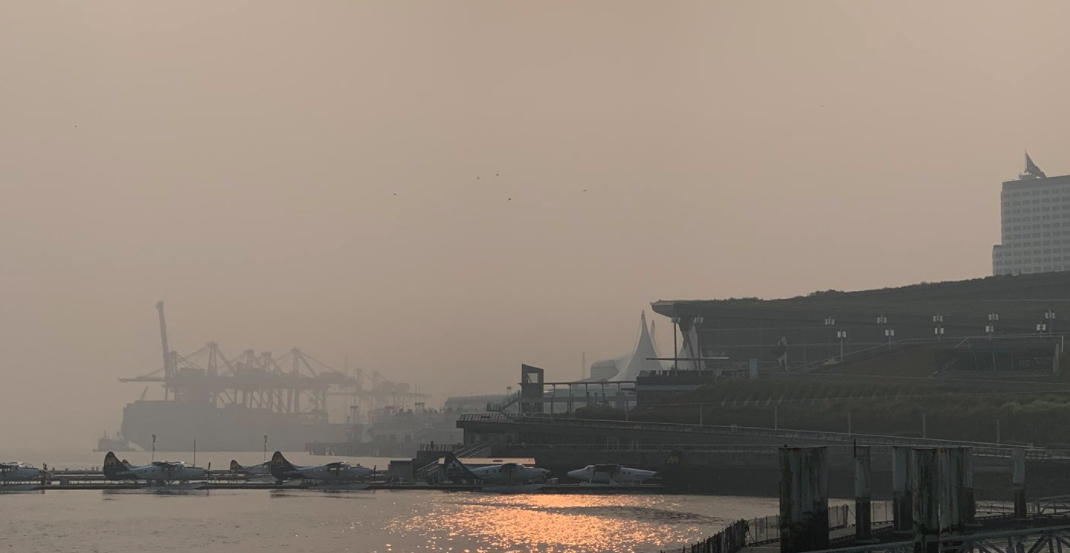 Wildfire smoke from the United States will be entering British Columbia and remaining in the region throughout the week.

According to Environment Canada, the smoke is coming from California and is expected to have a noticeable impact starting Wednesday morning. Fortunately, it’s not expected to be nearly as bad as earlier in September.

“That’s something I think everyone is very sensitive about right now because of the event we had a couple of weeks ago,” Carmen Hartt, Meteorologist at Environment Canada, tells Daily Hive.

“It does look like it’s moving north now from California. We might see some haziness over our skies starting tonight.”

Hartt explains that what’s “of most concern” is when wildfire smoke reaches surface level since that’s when it has the most immediate impact. The smoke is expected to bring “moderate risk” to Metro Vancouver’s air quality and will fluctuate over the course of the week.

The smoke is expected to remain in British Columbia over the weekend and those with underlying health conditions or who are sensitive to wildfire smoke should practice caution.

“Be aware, check yourself,” says Hartt. “We recommend you keep an eye on the forecast and current condition.”

She also explains that Environment Canada uses an index to forecast and monitor air quality. On a scale of one to 10+, with 10 and over being of the highest risk, Wednesday is expected to bring threes and fours across parts of Metro Vancouver.

When wildfire smoke from the US was at its peak between September 11 and 18, the index spent an entire week at 10 and above.

Hartt adds that there’s “been a lot of improvement in Oregon and Washington,” which is why the wildfire smoke is expected to be more tolerable.

There’s “not as much smoke,” she says, adding that this is mostly “from the fires in California,” rather than all three western states.

Twice this month, Vancouver was ranked as having the worst air quality in the world, as wildfires raged across the border. The ranking saw Vancouver place higher than cities like Portland, Seattle, San Francisco, and Beijing.