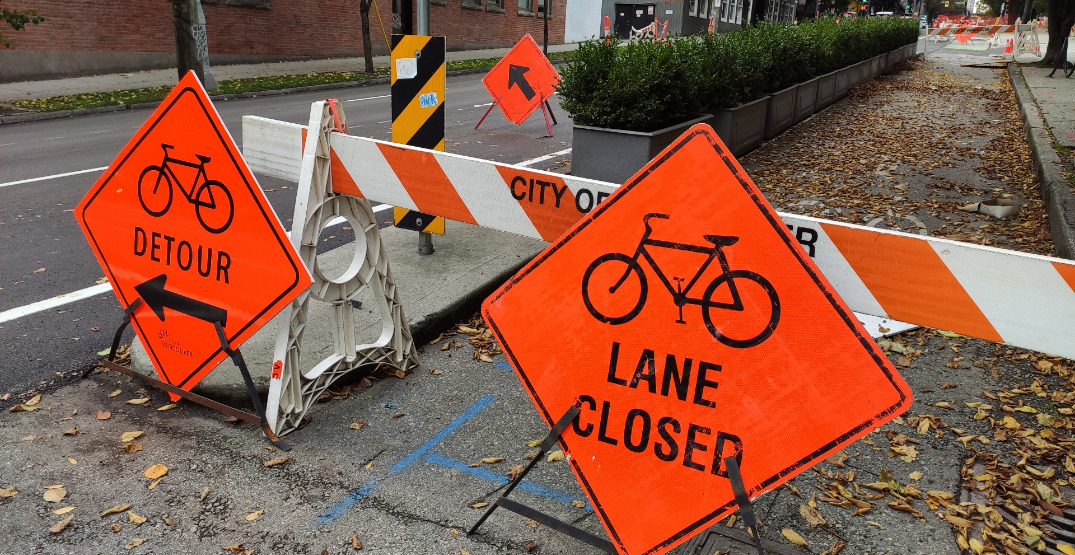 It appears that the Smithe Street bike lane extension may be nearing completion.

The bike lane extension was originally put forward back in May 2020, and in May 2021, businesses were alerted that a “low-cost approach” was being taken to revamp Smithe Street.

Construction is expected to wrap up this fall, according to a City of Vancouver spokesperson.

There seems to be almost no street you can turn down in downtown Vancouver without walking into a construction zone. This has been the case on Smithe Street for several months. 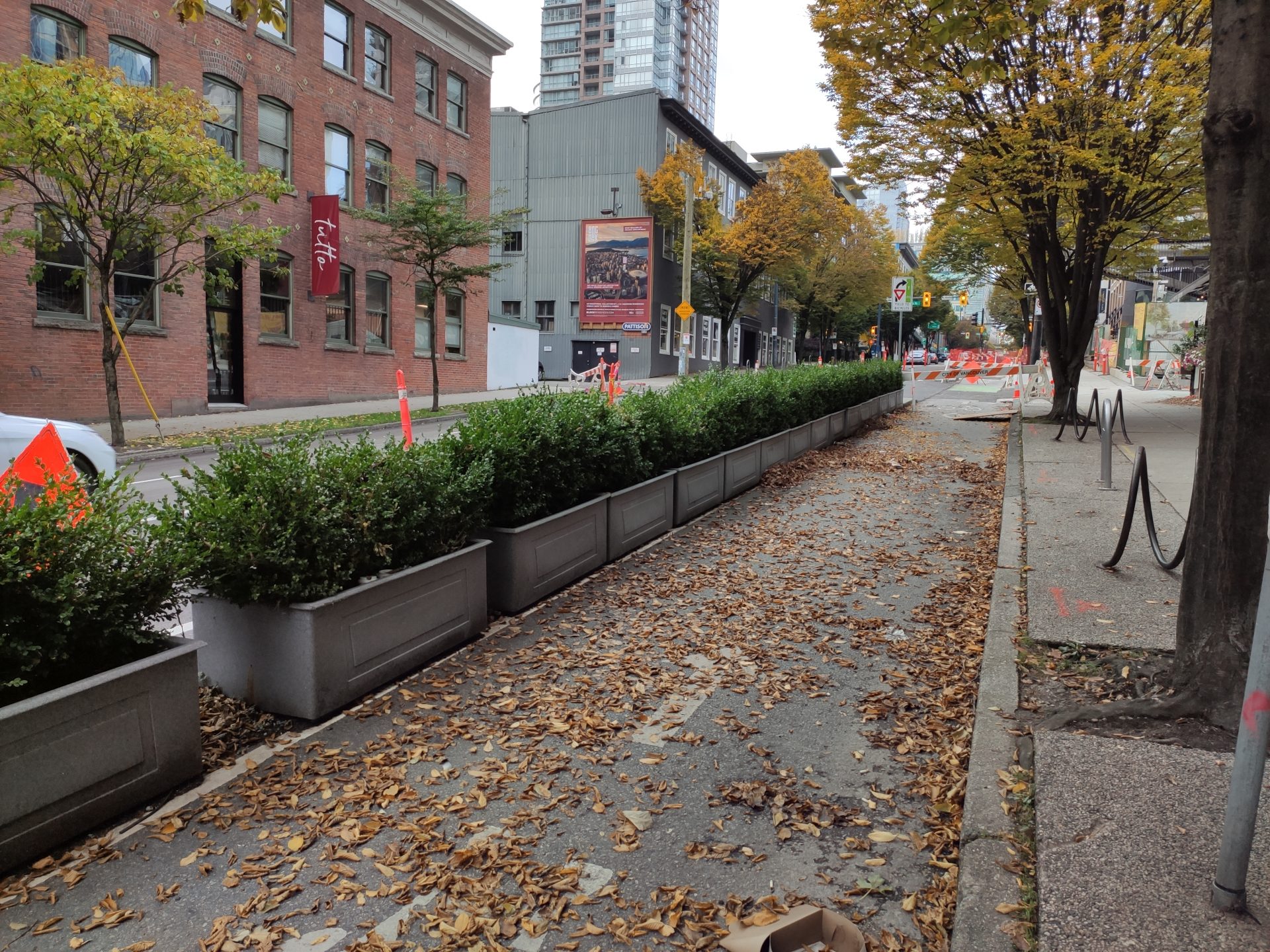 A portion of the already existing lane. (Daily Hive)

The City of Vancouver informed Daily Hive Urbanized that crews are hoping to wrap up construction later this fall, which is good news for the brave few that enjoy biking in Vancouver’s wet, cold fall and winter weather. 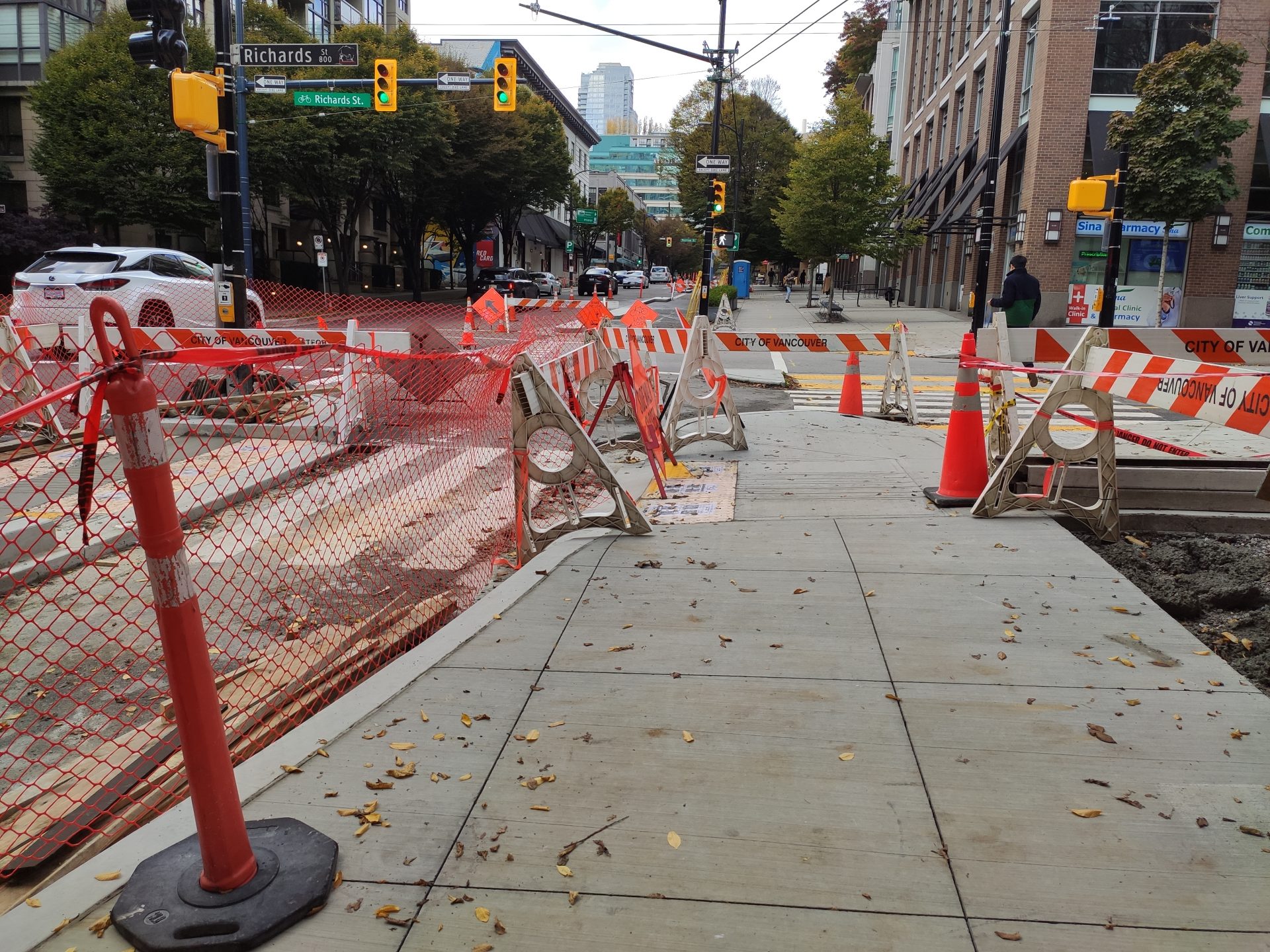 Construction was officially underway in July, but it seems that months have gone by without significant work being done.

Construction downtown has been a nightmare for months. Feels like no or little thought to coordinating projects to minimize disruption. https://t.co/l55OXBCNWT

However, that has changed in recent weeks, and it looks like many portions of the bike lane are complete, with just minor paving needed to finish the job.

Cyclists are prohibited from accessing the sections of the bike lane that were already available before construction on the extension began.

While the completion will be good news for cyclists, some drivers may still be annoyed that the bike lane changes the flow of traffic from four lanes to just three.

Another portion of Smithe Street under heavy construction is the new public park at Richards Street, which was once a parking lot.

Construction at the park began in January 2020, and it was slated to open in Spring 2021, before the pandemic hit. While work is progressing, a visual of the current state of the park suggests Spring 2022 might be a more realistic opening time. No official date has been set for the opening. 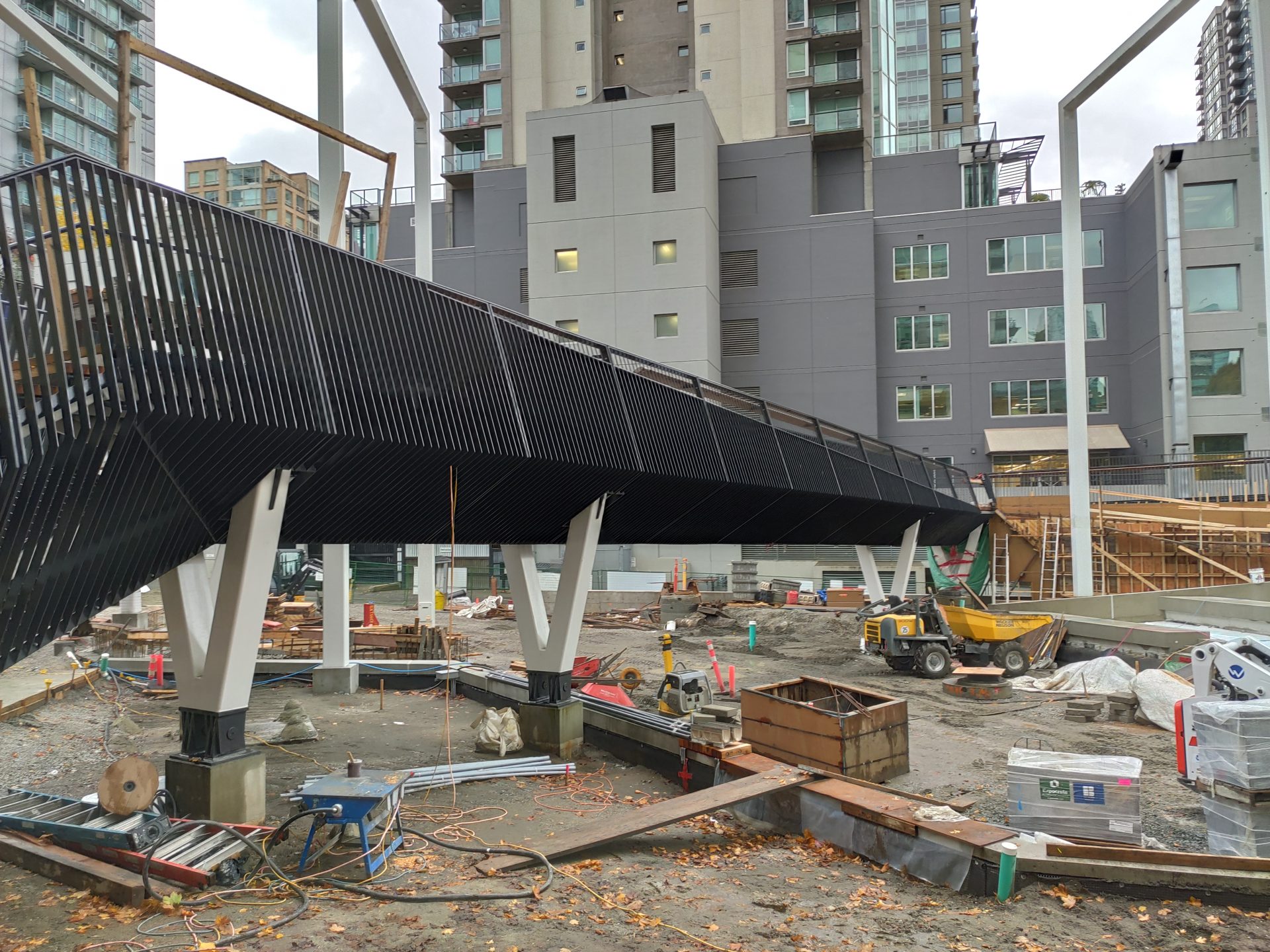 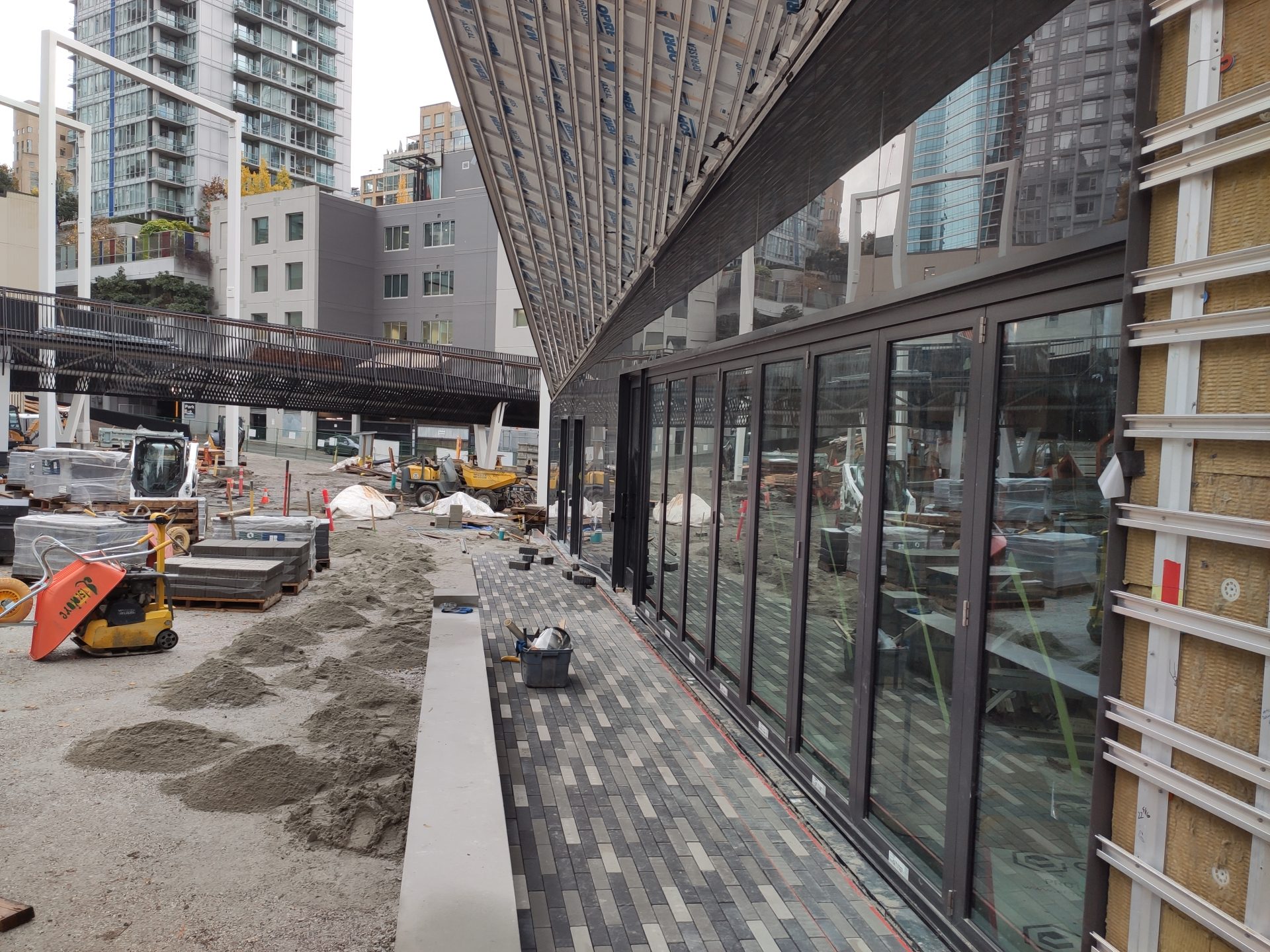