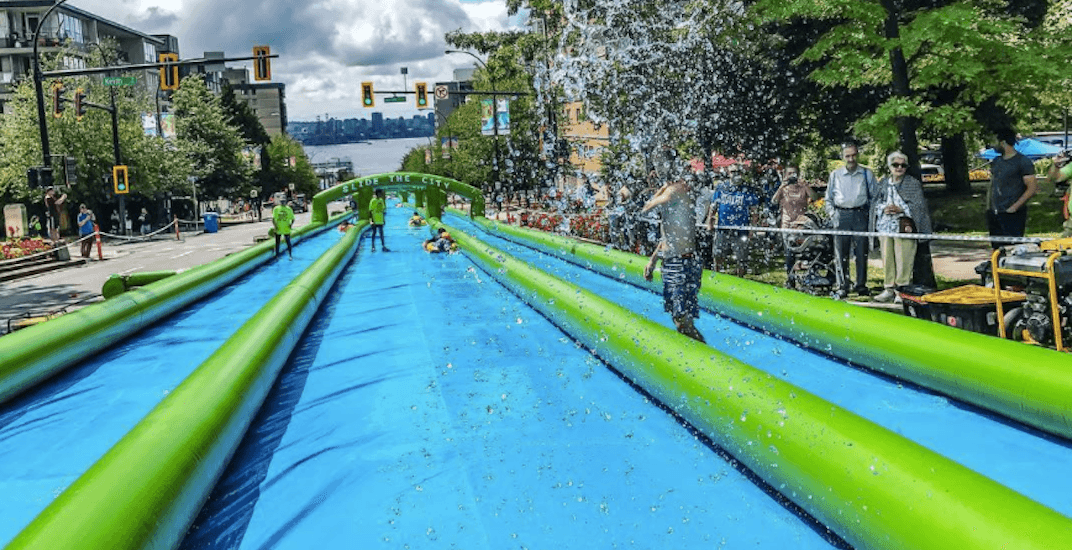 Car-free day in North Vancouver meant that the streets would be clear, so what better way to fill that space than with a humongous waterslide?

Slide the City returned to the North Shore this year with a 1,000-ft-long water slide as part of the Fun City Festival that took place Saturday, August 12 and Sunday, August 13.

Attendees launched themselves down the decline of Lonsdale Avenue to their hearts content, following the trail of 50,000 litres of water per day.

With the smoky haze (finally) clearing up over the weekend, the sun was shining on the those aboard the colourful tubes.

Here’s a few shots of the fun to have you dreaming up some plans for next weekend.

Jenna, Michelle and Ling sliding the city on unicorn 🦄 hehehe that’s the best one!

‪From 10,000 cars per day to 10,000 slides per day. @CityOfNorthVancouver transforms Lonsdale Ave to a 1,000 ft slide for #FunCityFestival!‬

#slidethecity right in our own “backyard” #Summer2017 #funtimes #waterslide #streetfestival

Sunday Funday! Slide down to 2nd and Londsdale in North Van. We’ll be here rain or shine until 7pm tonight. 💦

The face of terror.