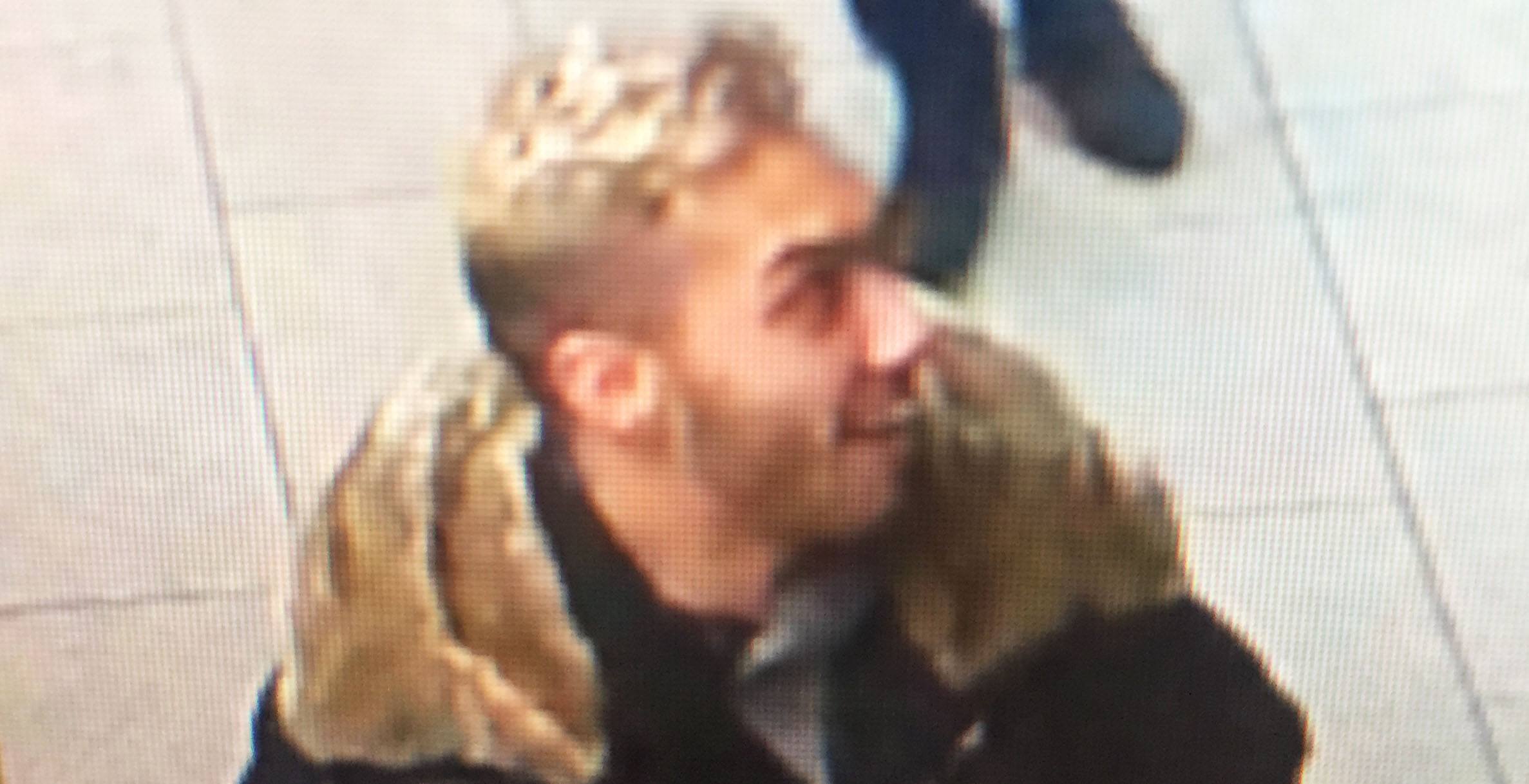 Metro Vancouver Transit Police are looking for a man suspected of having sexually assaulted a woman on the SkyTrain on the way home from New Year’s Eve celebrations.

According to a release, the 21-year-old woman boarded the Millennium Line at Broadway-Commercial with two female friends at about 2:30 am on January 1.

During the SkyTrain ride, three men tried to talk to the women in a way that made them feel uncomfortable, say police.

Police say the women ignored the men until one woman commented on one of the men’s hair colour.

The man then stood up, approached the woman, grabbed her face, and licked her lips with his tongue, say police.

She forcefully pushed the man away and the three women moved to the other end of the SkyTrain car until the men exited the train at Lougheed station.

Now police have issued a photo of a suspect, and are asking for the public’s help in locating him. 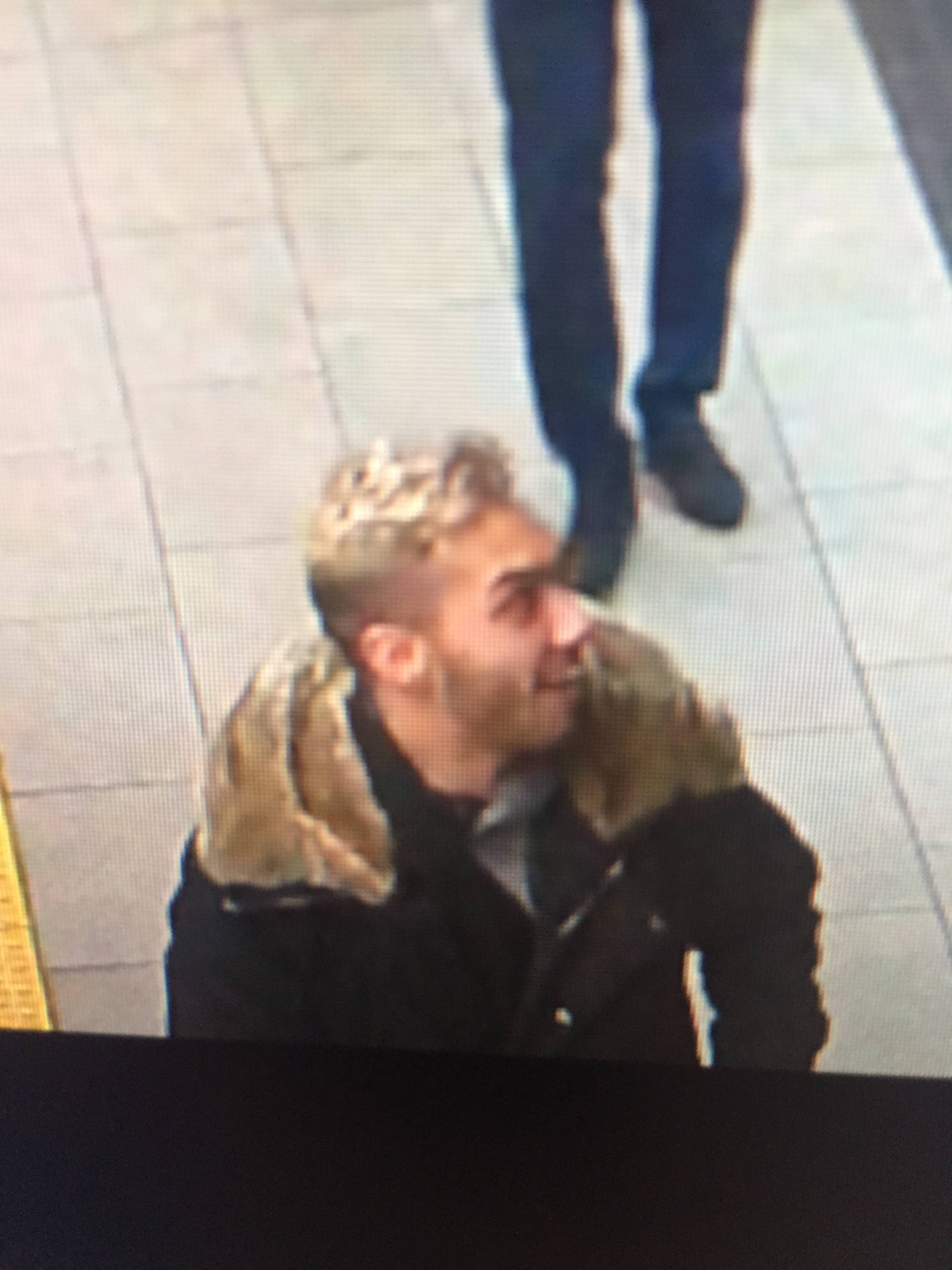 The police describe him as aged between 23 and 24, five feet six inches tall, with a thin build, and dyed faded blonde hair.

Police say the suspect was wearing earrings, a blue jean jacket and blue jeans on the night of the incident.

He and two friends boarded the same train car as the women at Broadway-Commercial SkyTrain station, say police.

“The Metro Vancouver Transit Police would like to commend the victim for her bravery and courage to come forward and share her story with us,” reads the release.

“Sexual assaults are a priority for the Transit Police and every sexual assault will be investigated thoroughly.”