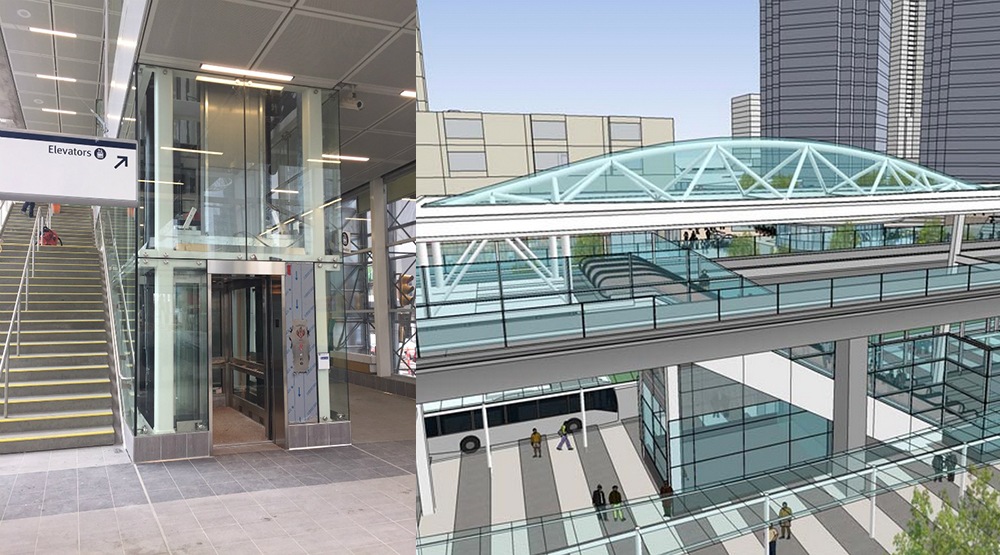 Transit passengers inconvenienced by the ongoing construction work at Metrotown Station will see some relief in how they use the SkyTrain station beginning at noon today.

The opening of the new centre stationhouse marks the completion of the first phase of the $55.5-million project to rebuild and expand the station. This new permanent entrance includes two new high-speed elevators and a staircase that will replace the temporary staircase that was installed last year.

Additionally, the Compass Card readers positioned near the entrance and exit areas of the temporary staircase have now been replaced with permanent fare gates at the newly-built entrance, requiring all passengers to tap in and tap out when accessing the station.

TransLink anticipates the new west stationhouse, the second new entrance, will be completed later this spring with a platform extension and four new escalators.

On the other end of the station, the east stationhouse – where the original main entrance was located – is still in the process of being built and will include an extended platform, four new escalators, and a bike parking facility. This third entrance is not scheduled for an opening until late-2017 or early-2018.

The old pedestrian overpass between the station and the shopping centre was demolished last November, forcing passengers to use street-level crosswalks. A new pedestrian overpass, providing a more convenient and safer link to the station, is dependent on additional funding and a design approved by the City of Burnaby.

The upgrades being performed to Metrotown Station are necessary as the station was not built for its foot traffic levels and experiences overcrowding issues during much of the peak and mid-day hours.

Prior to plans for a major shopping centre, the station was built with just one elevator, one up escalator, and one narrow staircase. It serves 50,000 train passengers and 25,000 bus passengers per day.

The public transit authority’s plans to retrofit Metrotown Station are part of a wider plan to renew stations on the Expo Line. Extensive retrofits have already been completed at Main Street-Science World, New Westminster, and Scott Road stations, and significant upgrades consisting of a new fourth platform and pedestrian overpass are currently being performed on Commercial-Broadway Station. 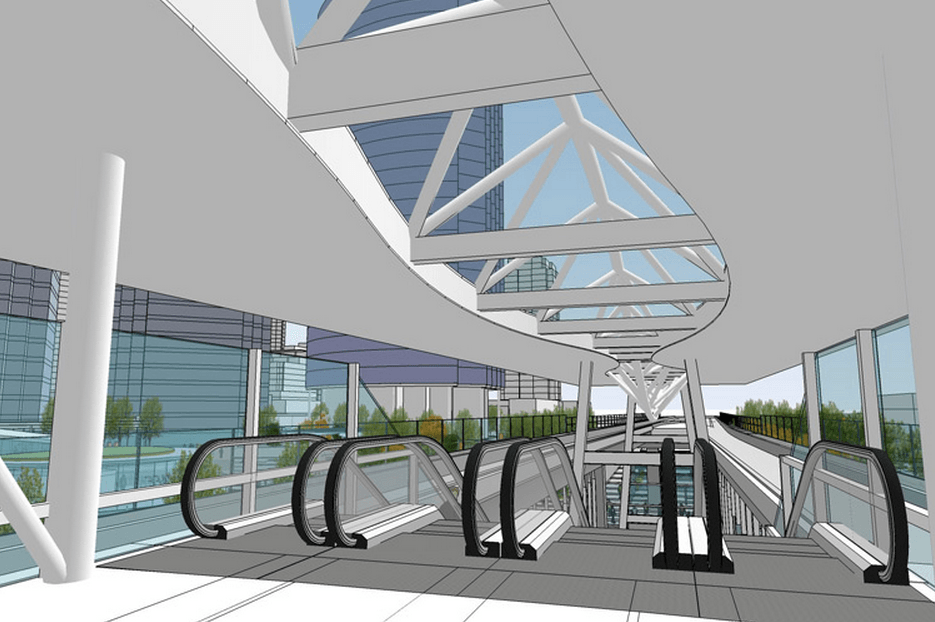