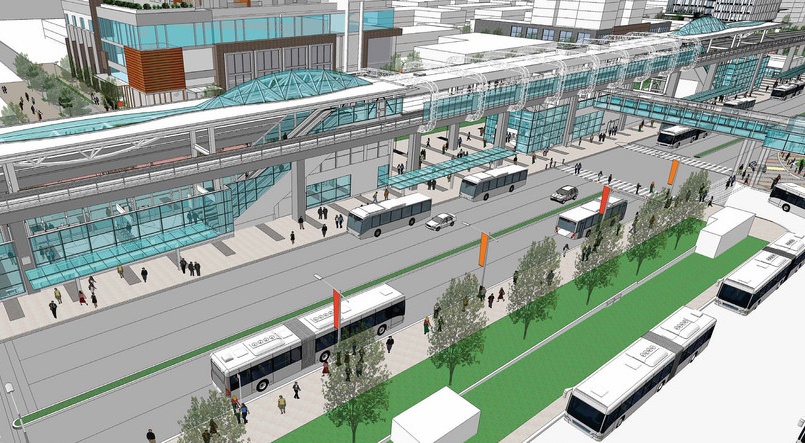 The overhead walkway at Metrotown Station connecting the station to the mall and bus loop will permanently close this Wednesday to allow demolition to begin.

Riders will need to exit the SkyTrain platform via new stairs in the centre stationhouse to get to the bus loop, mall, office towers and surrounding businesses along Central Boulevard.

There will be no escalators into the station, only stairs, and the three new elevators will not open until spring 2017.

HandyDART and Community Shuttles will continue to run until then for riders with disabilities or travelling with strollers.

The shuttles will run approximately every 20 minutes during the following times: 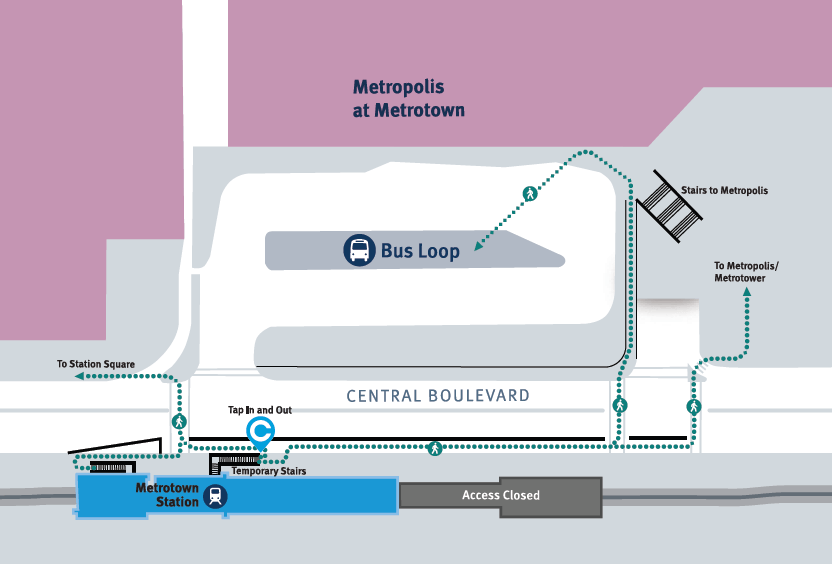 In a release, TransLink advises transit riders to plan an extra five to 10 minutes of travel time due to the closure and $55.5-million upgrades.

In future, the bus lane will be for riders to walk east or west along the south side of Central Boulevard and concrete barricades will be installed to separate them from traffic.

When fully upgraded, TransLink says the Metrotown station will also include an improved bus exchange on Central Boulevard and new secure parking area for bicycles.