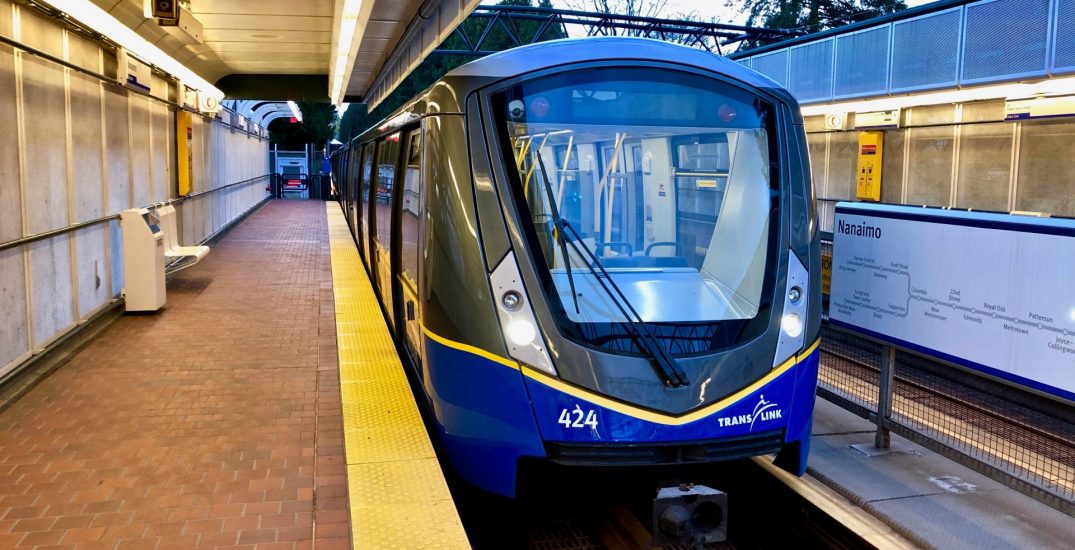 An expletive-laced confrontation between SkyTrain passengers over the subject of mask wearing was captured on video and shared online this week.

While it’s not clear what tipped off the argument, the video begins with a masked man and a mask-less man standing and yelling in each other’s faces.

Insults and name-calling ensue, with the mask-less man yelling at the other to “get the f**k out of my f***ing face.”

A woman then confronts the mask-less man about mask wearing, which immediately prompts the man to rant about the pandemic, calling it “fake” multiple times and hurling more insults.

Warning: This video contains language some may find offensive.

The train ultimately arrives at the Joyce-Collingwood station, at which point the video ends.

“[At this time], we have not been able to connect this incident to any calls received by the Transit Police.”

Still, police “are concerned by the disturbing videos that have shown up on social media platforms,” he said. “Fortunately these incidences are rare.”

Hampton said police also want to remind people that “masks are mandatory on all forms of Transit, with the exception of an underlying medical condition or disability which inhibits the ability to wear a mask or face covering.”