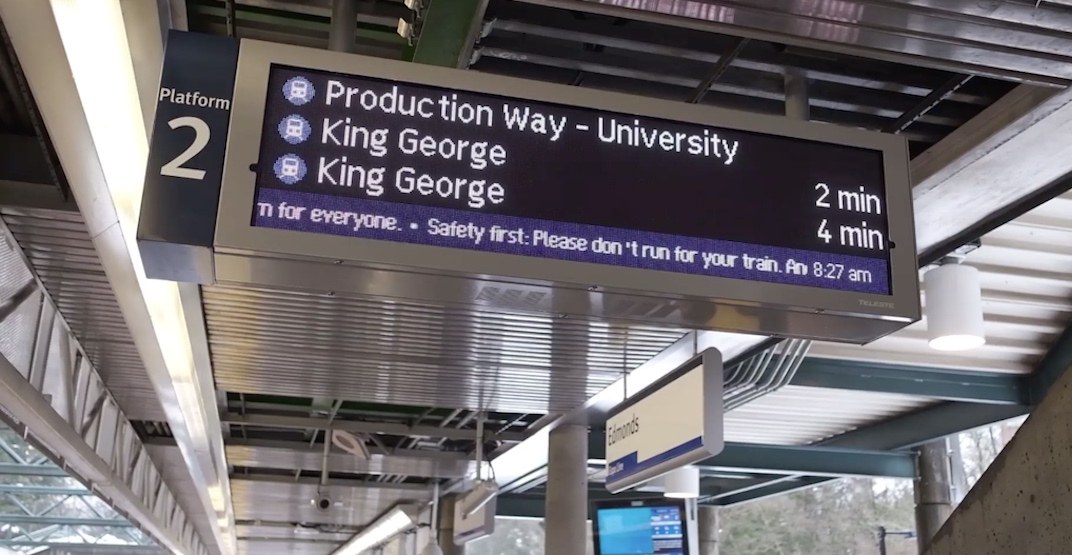 These real-time next train countdown signs made their first appearance on the new Expo Line platform at Commercial-Broadway Station, and as of last week, they’re now also providing transit riders at Edmonds Station with the same pertinent information.

The multi-coloured signs provide the arrival times and final destinations for the next three trains, plus a lower line of scrolling information text.

Special pop-up messaging displayed on the signs will never fully conceal the next train arrival times, which is an issue on the Canada Line. 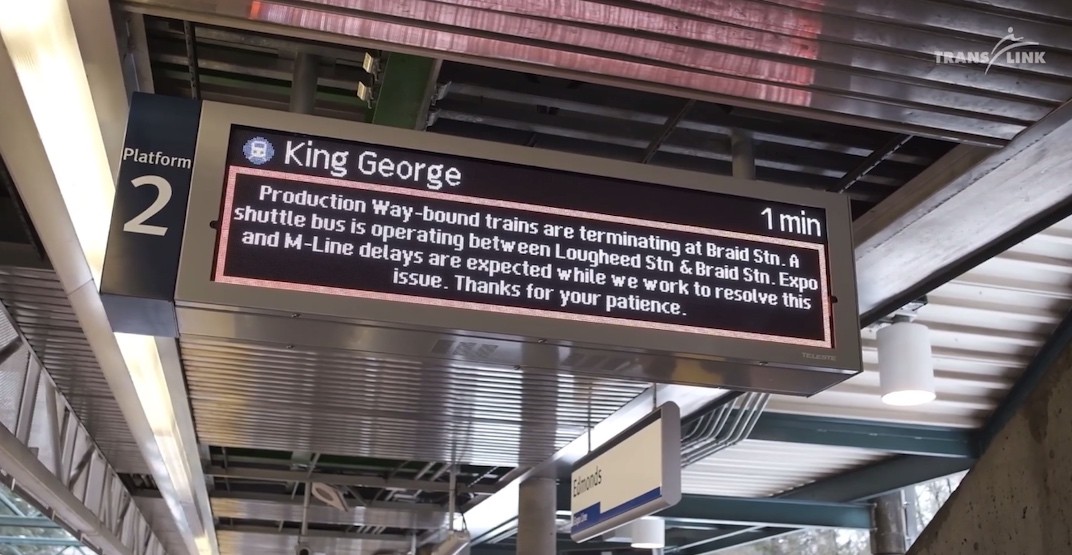 The signs are highly visible from the platforms, as each platform direction will receive two signs (four platform signs per station). Currently, there is just one next train sign on each platform of the Expo Line and the original Millennium Line.

Additionally, large LCD screens with next train arrival time and platform direction information are being installed at the entrances of each Expo Line and Millennium Line station. This same screen will also display alerts in the event of service disruptions so that riders will know the status of the SkyTrain system before entering the station. 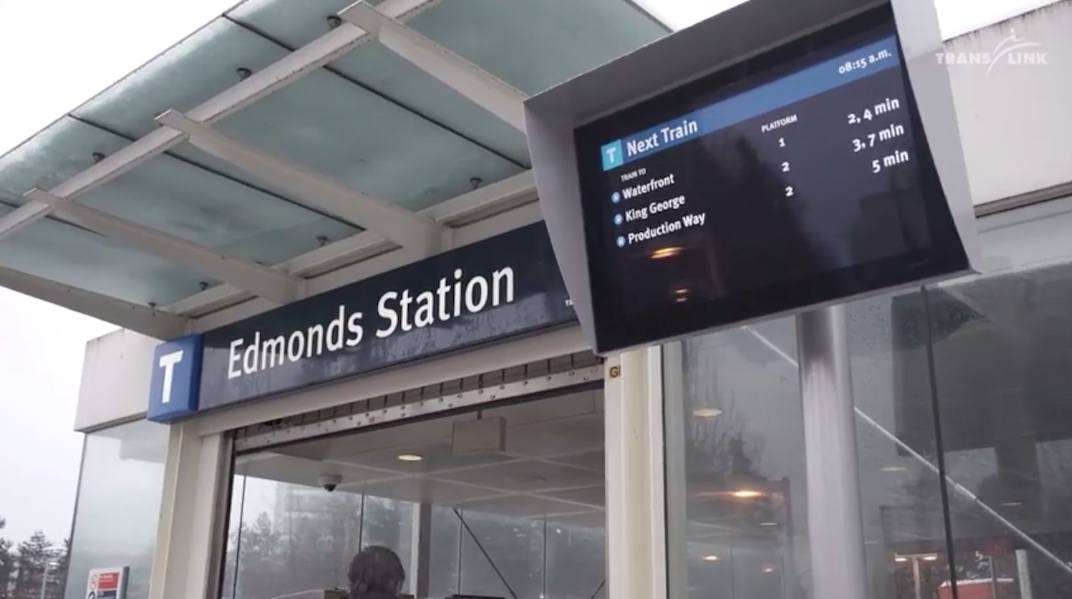 Installation of both new sign types is now complete at Edmonds Station, and the same work now begins at Lougheed Town Centre Station. TransLink plans to install 140 signs across 33 stations on the Expo Line and original Millennium Line by spring 2020.

Other forthcoming station upgrades include passenger communications systems upgrades, with a thousand new speakers along the Millennium Line, 320 speakers in stations and at designated entrances, and upgrades to the ageing speakers on the Expo Line.

More CCTV cameras will also be installed; 1,200 new CCTV platform cameras will improve safety and security, and another 265 new cameras will be used to monitor guideway areas at stations to cut down the response times to track intrusion alarms.