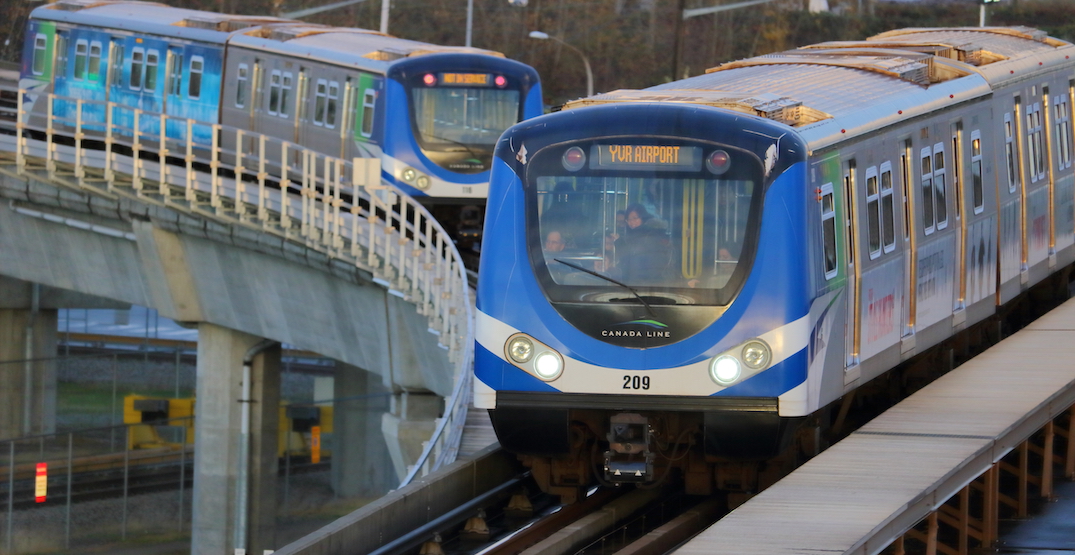 After over 40 hours of negotiations since Sunday morning, the Canada Line operator and the union representing this SkyTrain line’s workers reached a tentative agreement, ending the threat of a complete shutdown of services.

The deal was announced on Tuesday shortly after 2 pm, more than 22 hours after the 4 pm Monday deadline, when BC Government and Service Employees’ Union was in a legal strike position after providing a 72-hour notice of labour action last Friday.

The union says it chose to delay job action as an act of good faith during the negotiations.

“Our members’ goal has always been to get a fair contract at the bargaining table,” said BCGEU president Stephanie Smith in a statement. “Bargaining isn’t easy at the best of times and bargaining during a pandemic is definitely not the best of times. Our members showed incredible solidarity under extremely challenging circumstances and they got it done.”

The negotiations were between BCGEU and Protrans BC, a subsidiary of Quebec-based engineering firm SNC-Lavalin.

About 180 workers on the Canada Line have been without a contract since the end of 2019, when their previous contract expired. Canada Line workers voted 98% in favour of strike action in November 2020.

BCGEU sought improved sick leave and contract length, and wage parity with CUPE 7000 workers on the SkyTrain Expo and Millennium lines, separately operated by TransLink subsidiary BC Rapid Transit Company (BCRTC). Workers under CUPE 7000 secured higher wages and benefits and improved working conditions in late 2019, with a shutdown of the Expo and Millennium lines narrowly averted just before the start of the day’s service.

The Canada Line is privately operated by Protrans BC under contract, which is expected to end in 2044 under the 35-year design, build, operate, maintain, and finance contract of the Canada Line.

“Canada Line passengers can expect services to continue as usual now that a strike has been averted. We are optimistic a fair agreement has been reached for both parties,” reads a statement released by SNC-Lavalin.

“Details of the agreement cannot be released at this time as the deal must still be ratified by employees. We want to express our appreciation to the BCGEU negotiating team for their ongoing professionalism in working together for the betterment of our employees.”

TransLink CEO Kevin Desmond added: “I want to thank both parties for working hard to reach this deal. The Canada Line is a vital service that supports thousands of people who rely on our services for essential travel. I’m happy to see an agreement reached without any impact on our customers during this critical time.”

Due to COVID-19, ridership on the Canada Line, as of the end of November 2020, has been hovering at about 32% of its normal levels. Prior to the pandemic, it saw about 150,000 average boardings per weekday.