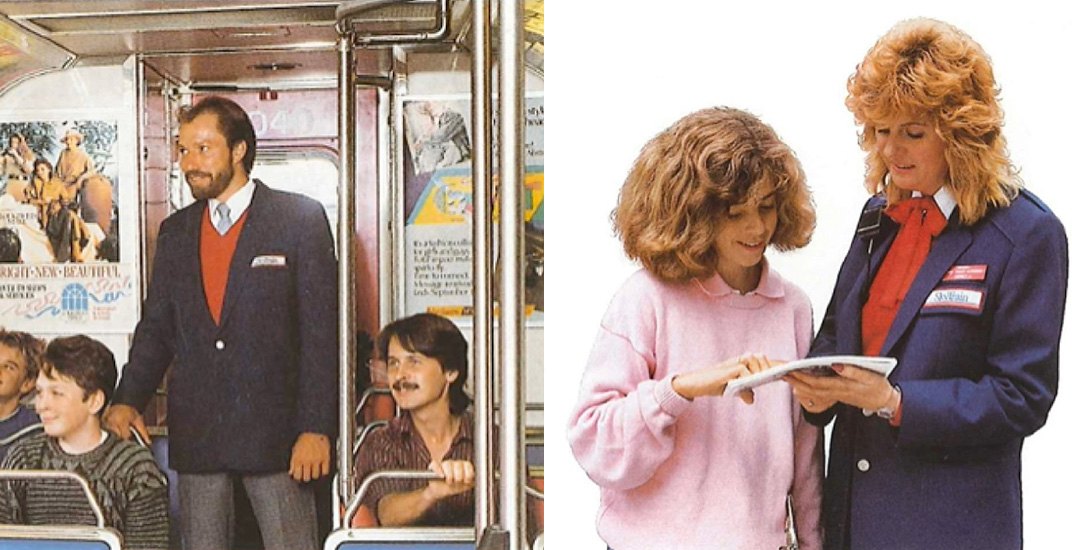 Once upon a time, SkyTrain attendants wore uniforms that resembled the uniforms of flight attendants and train conductor uniforms.

Perhaps they wore it even better, with their attire complete with a suit jacket and pants, and a blue and red flair that matches the original colour scheme of SkyTrain.

But these uniforms were worn during a very special time in Vancouver, according to Redditors; staff with SkyTrain looked particularly sharp in 1986, the year Vancouver held the Expo World’s Fair.

The region’s first SkyTrain line – the Expo Line – opened in December 1985, just a few months before the opening of Expo.

One person also commented: “They (the uniformed attendants) were mostly used to help people adjust to the ‘no driver’ aspect, and phased out quite quickly after everyone didn’t care anymore.”