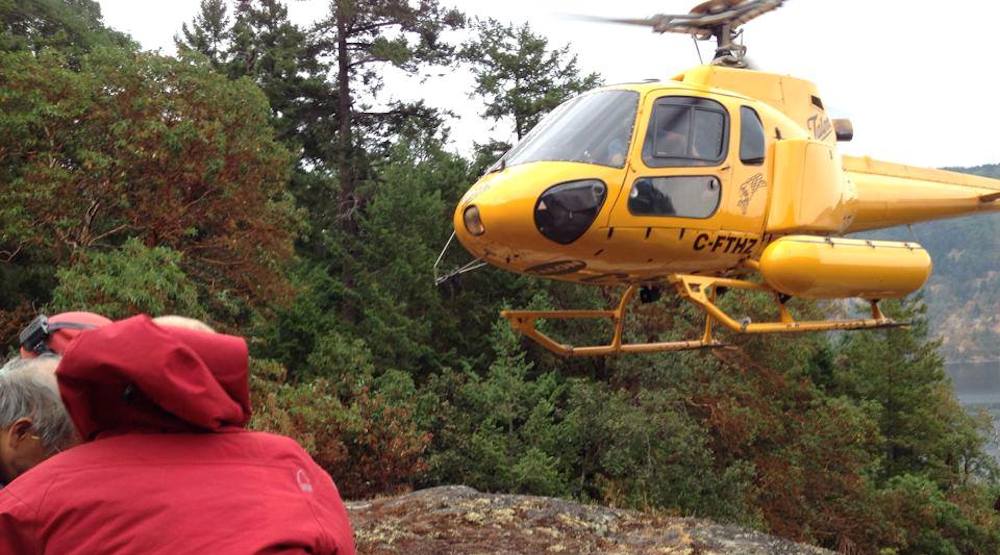 Two skiers were safely rescued Monday morning, after spending a cold night out of bounds near Cypress Mountain.

The pair, a 44-year-year-old man, and a 42-year-old man, both from Vancouver, ventured beyond the ski area boundary, sometime around noon on Sunday and became caught in Tony Baker Gully – a steep, treacherous, avalanche prone area. 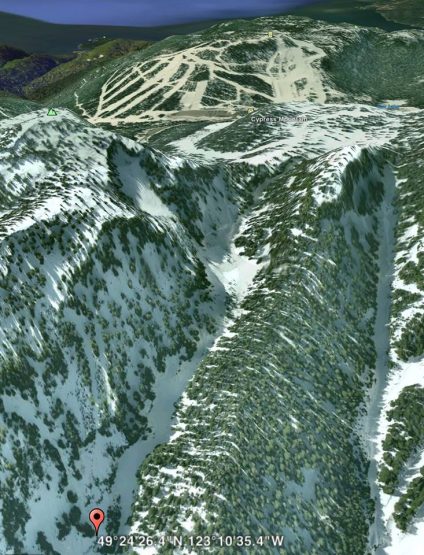 Satellite image showing where the skiers ended up. Cypress Mountain Ski area’s runs can be seen in the background.

North Shore Rescue was called and West Vancouver Police was notified of the missing skiers around 1:40 pm.

A rescue effort was launched, but with the unstable snow conditions and high avalanche risk, “it simply wasn’t safe” for rescuers to get the skiers out of their predicament, West Vancouver Police Const. Jeff Palmer told Daily Hive on Monday morning.

Search crews on foot would have had to access the stuck skiers by coming in from above them, and that could have triggered an avalanche, endangering both the lost skiers and those trying to rescue them.

As a result, the decision was made to put the search on hold, until there was a break in the weather and/or conditions improved. Contact between the pair and rescue teams was maintained throughout the night, via text messages.

On Monday, there was “just enough of a cloud break”  to make a helicopter-rescue via long-line extraction, and the skiers were lifted safely off the mountain.

After spending the night in temperatures that dipped as low as – 6°C, the pair were “cold, but not to the extent they needed any medical attention,” Palmer said. “They were very fortunate.”

Palmer added that the time period between the first call for help, and the successful rescue of the skiers was about 18 hours, “and it could have been longer” had Monday morning’s weather not been favourable. “These guys would have had to just ride out the conditions,” he said.

While this particular story has a happy ending for those involved, Palmer stressed the importance of paying attention to ski area boundaries.

“They thought ducking under the ropes for a couple of turns in the fresh powder wouldn’t hurt,” he said. “Eighteen hours later, they’re very aware that this decision put their lives in danger.”

And the pair, Palmer concluded, could have avoided the whole ordeal “by just saying inbounds.”