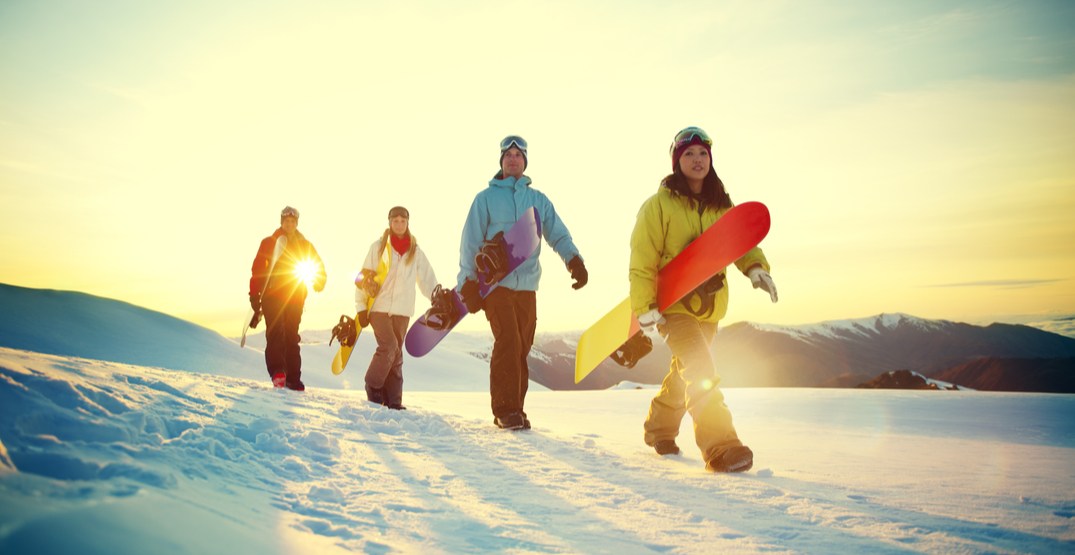 No plans for Wednesday night? Don’t worry, we’ve got you covered.

Until the end of the season, North Vancouver’s Mount Seymour is offering a special deal for shredders. You, your friends, and your family can ski or snowboard from 5:30 to 10 pm for just $99 per car on carload Wednesdays.

Yeah, you read that right. You can literally fill your car with up to eight buddies (depending on the vehicle) and head to the mountain to enjoy a few after work laps at the local ski resort.

To qualify for the special deal, though, you’ll need to keep in mind that all vehicle occupants must be wearing a seat belt. This means that your car has to be legally allowed to transport the number of people you are carrying – so don’t try to show up all stuffed in like a clown car, because you won’t get the deal.

Know anybody that owns a van that can fit eight? Call them up and shred tonight for only $12.50 each. Don’t have access to an eight passenger vehicle? Even with a regular sedan carrying five people, you will be saving $13 each off of the regular pricing.

….Though you may need to get creative on how you’ll load in your boards and skis!

When: Every Wednesday until the end of the season