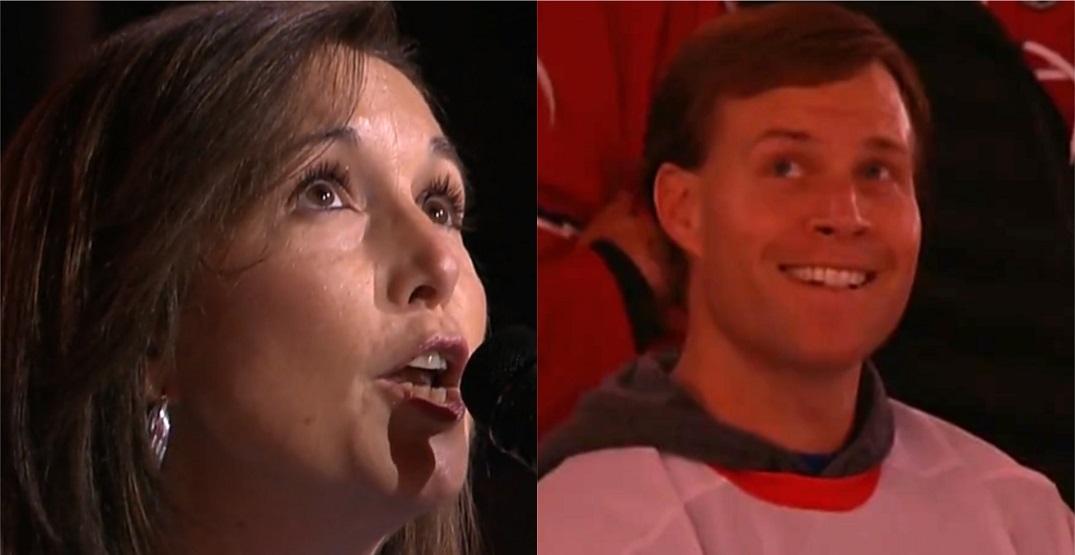 Prior to last night’s Montreal Canadiens game in St. Louis against the Blues, one ambitious anthem singer took a spin at Canada’s bilingual version of “O Canada.”

Coming out of the French portion to finish the song, just three lines awaited the singer:

But whether it was nerves or legitimate confusion, she stumbled on the final two laps of the song, putting her own twist on the Canadian anthem.

That’s not how O Canada is supposed to go 🤨😬😅

What actually came out was:

Ah, well, it happens. A few fans shown on the broadcast had a quick laugh, plenty more at home likely did the same, and everyone took it in stride.

Except for maybe former NHL winger and current Canadiens assistant coach Alex Burrows, who was, uh, a little disgruntled by the flub.

The Blues and the Canadiens aren’t scheduled to face off again this season in St. Louis, so there’s no likely shot for the poor singer to redeem herself.