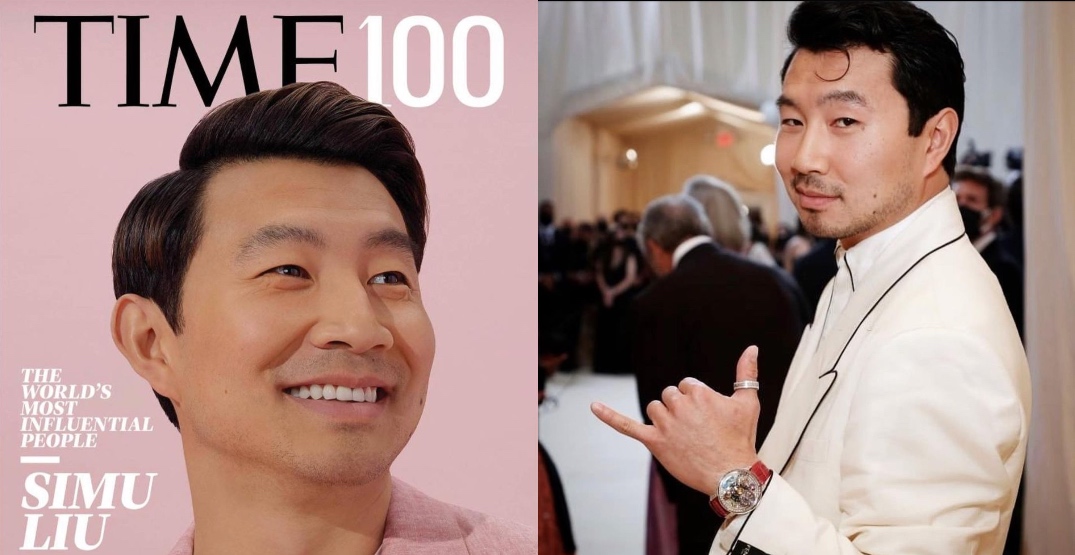 We thought that the year Shang-Chi and the Legend of the Ten Rings came out would be Candian star Simu Liu’s big achievement, but he’s just getting started.

In fact, from hosting the Junos to putting out his first book, it’s possible that 2022 will be Liu’s biggest year yet.

On Monday, May 23, Liu shared an Instagram post that marks a turning point in his career – a feature on the cover of TIME magazine.

“There is no caption that exists to articulate what I am feeling to be included among such legendary and exceptional people,” Liu wrote in the Instagram post.

The magazine feature comes on the heels of Asian Pacific American Heritage Month, which recognizes and celebrates the achievements and contributions of AAPI folks.

“But what if this moment isn’t about me at all? What if I’m merely a conduit to a much more impactful discussion about a group of people who have struggled to feel seen, respected, and equal?”

“If I happen to be an instrument, a passing storm that changes the tides this particular year, then so be it. I will make as much thunder and lightning as I can while the clouds are here.”

Fellow Canadian Sandra Oh wrote the TIME feature for Liu, who made the 100 most influential people 2022 list.

“He’s part of the first generation of Asian Americans and Canadians to reach true stardom,” said Oh about Liu. “He’s our superhero.”