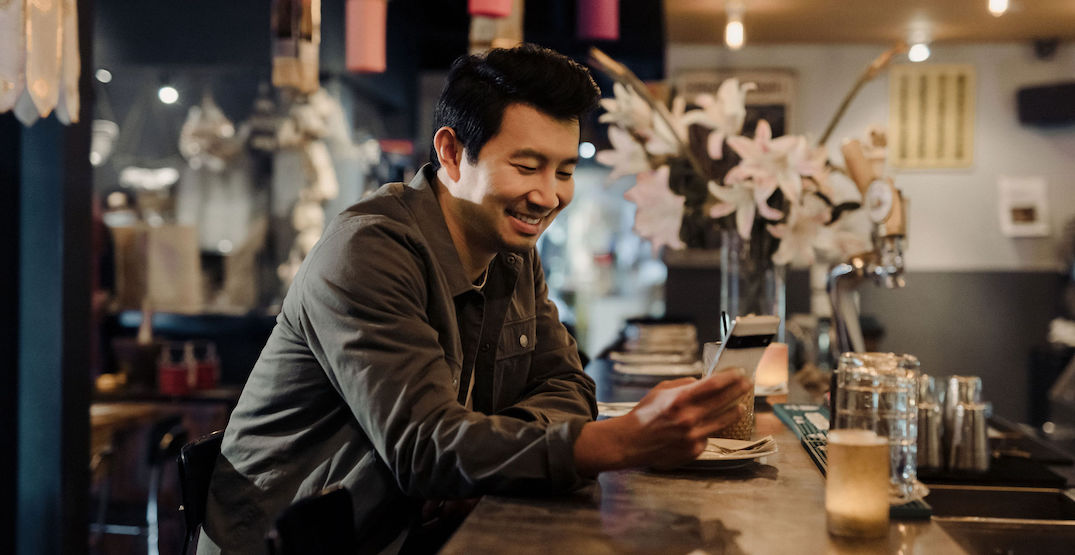 When Simu Liu isn’t being a Marvel superhero, he makes his way back home and stops at his favourite Toronto restaurants.

In a partnership with Google, the Canadian actor gave his fans a little tour of his favourite restaurants in the city for a commercial for the new Pixel 6 Pro.

Good partnerships are all about compromise.

Case in point – when the @GoogleCanada team asked me to do a #Pixel6 video that “reflected my individuality”… I grabbed a camera crew, ate three dinners, and then went to a Raptors game.

Liu came to the city back in December, caught a Raptors game and showed off three of his most-loved eateries: House of Gourmet, Tachi at the Chef’s Assembly Hall and Sabai Sabai.

“You can always find your way to House of Gourmet. It’s just such an iconic Chinatown restaurant with a massive menu that basically never closes,” boasts Liu, also mentioning that it’s the only spot in the city where you can get Ginger Scallion Lobster at 2 am.

This isn’t the first time the MCU star has given some love to his favourite food spot.

According to the superhero in an interview with Buzzfeed, Liu has nothing but love for Scarborough’s Fishman Lobster Clubhouse, located at 4020 Finch Avenue East, just 30 minutes outside of the city.

“You get these massive towers of lobster, drizzled in black bean sauce or stir-fried with gingered scallion. In my opinion, the best way to have lobster,” said the Kim’s Convenience star at the time.

Check out this Google list of Liu’s all-time favourite spots to visit in Toronto.