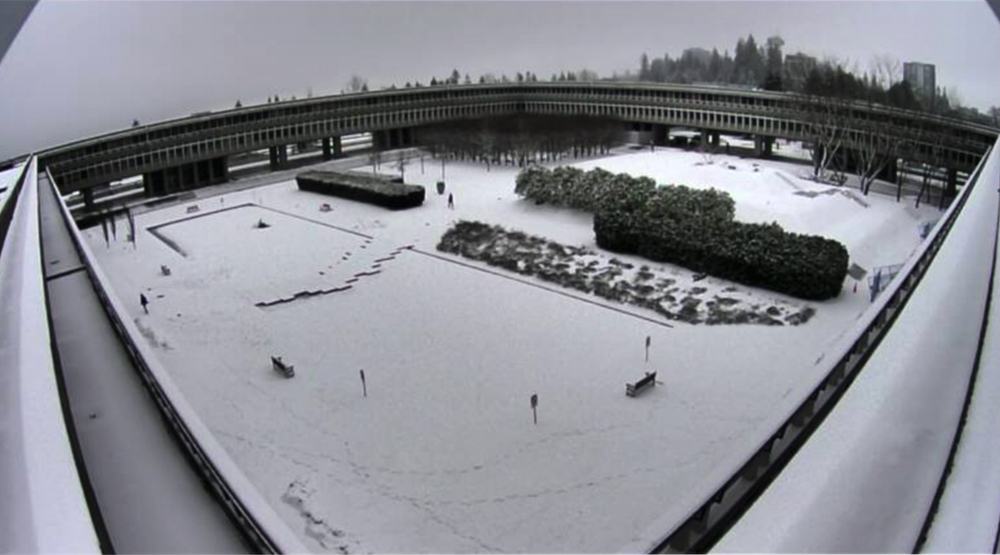 With the snow back in Metro Vancouver, at least one post-secondary institution isn’t taking any chances and has cancelled all classes at all its campuses today.

On Twitter, Simon Fraser University (SFU) announced that “due to significant snow forecasted, and concerns about commuting conditions, and the safety of our community,” it has closed all its campuses including Burnaby, Surrey, and Vancouver.

“Buildings remain open on all SFU campuses, but classes, exams, services, and campus activities are cancelled,” the school added.

According to an Environment Canada warning on Monday, the forecasted snow applies to the following areas:

“A front will track down the BC coast beginning Tuesday morning and combine with a cool air mass to produce snow across the lowlands.”

“The highest amounts are likely over Metro Vancouver and the Fraser Valley where the snow will persist the longest, until Tuesday night or Wednesday morning,” the agency said.