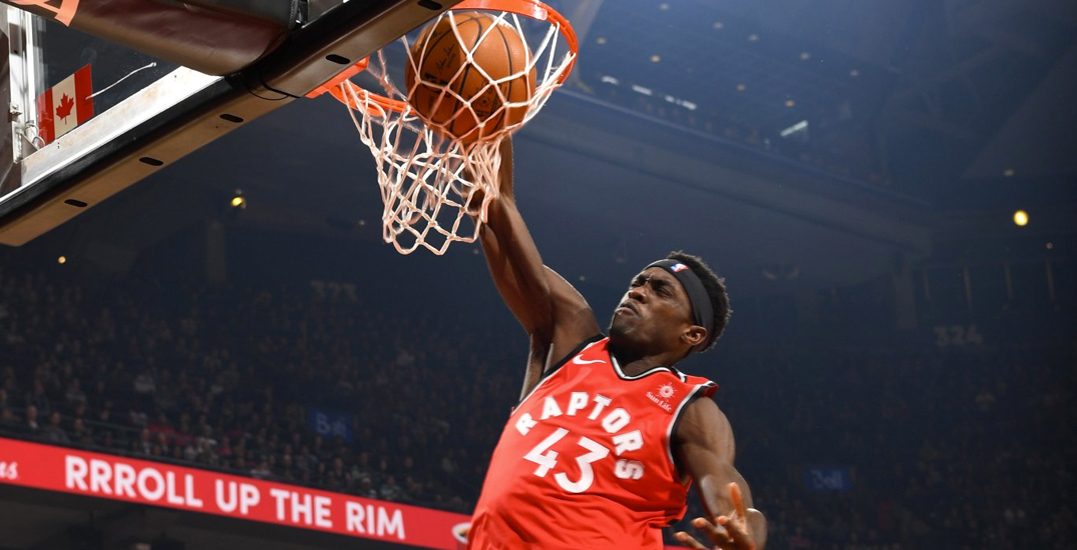 Spicy P just had the spiciest performance of his career

In the Toronto Raptors’ final game before the NBA All-Star break, Pascal Siakam could not be stopped, erupting for a career-high 44 points. He added 10 rebounds, and three blocks as well, leading the Raptors to a 129-120 victory over the Washington Wizards.

It was just one week ago Siakam had set his previous career high, scoring 33 against the Atlanta Hawks, only to one-up himself in this one.

Toronto jumped out to an early lead, but the Wizards were able to take back the momentum heading into halftime. After the Raptors found themselves down 12 in the third frame, the squad went on a massive 20-2 run in order to get back on top. Siakam then dominated down the stretch giving the Wizards no hope of a comeback.

He showcased both thunderous dunks and silky smooth layups, earning himself MVP chants from an enthusiastic Raptors crowd.

“Moments like this are just special and it just makes it all worth it,” Siakam told TSN’s Kate Beirness, in response to the crowd showing him with praise.

Career night for The OG himself

Kyle Lowry added 14 points and 13 assists, while Serge Ibaka had a double-double on the night.

One of the big storylines heading into the game was surrounding the debut of newest Raptor, Jeremy Lin.

Toronto fans, who saw Lin hit a game-winning shot on their court during Linsanity in 2012, met the Asian-American point guard with a standing ovation when he stepped on the floor.

Lin had only arrived in Toronto earlier in the day and was a little shocked by the Canadian weather. It didn’t seem to effect his performance, however, as he finished with a solid eight points, five rebounds, and five assists.

The Raptors are riding a six-game win streak heading into the All-Star break with a record of 43-16, good for second in the East.

The club won’t play their next game until Thursday, February 22.