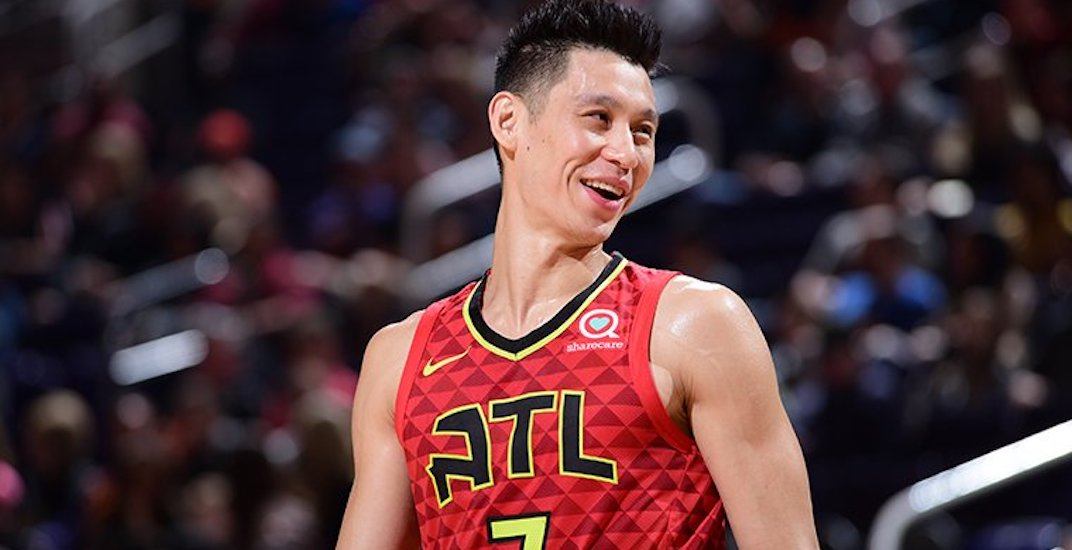 Jeremy Lin has landed in Toronto, ready to join the Raptors for their stretch run.

Perhaps his year-long stint rehabbing an injury in rainy Vancouver last season gave him a false sense of the Canadian climate, because he had to comment on Toronto’s snowy winter. 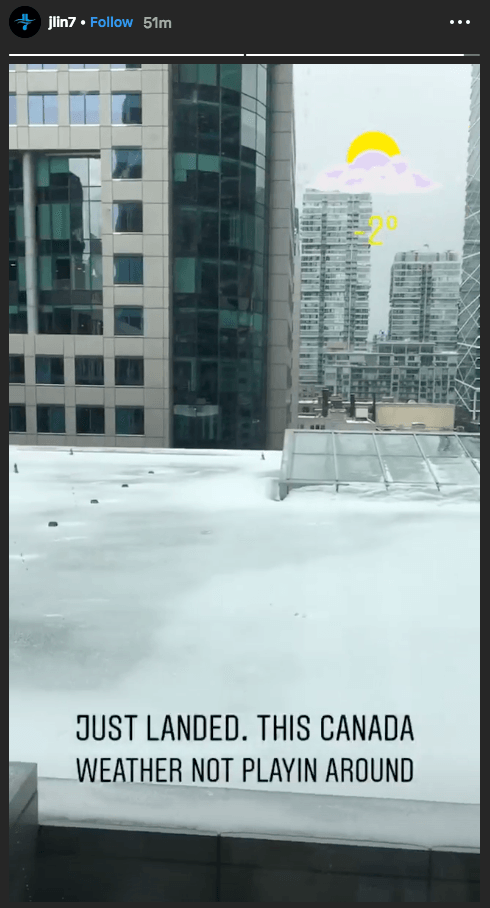 “This Canada weather not playin’ around,” said Lin, a native of Torrance, California, in his Insta-story.

Officially signed today, Lin has already been fully stocked with Raptors swag, ready to help the his new team in their final 24 regular season games and into the playoffs. 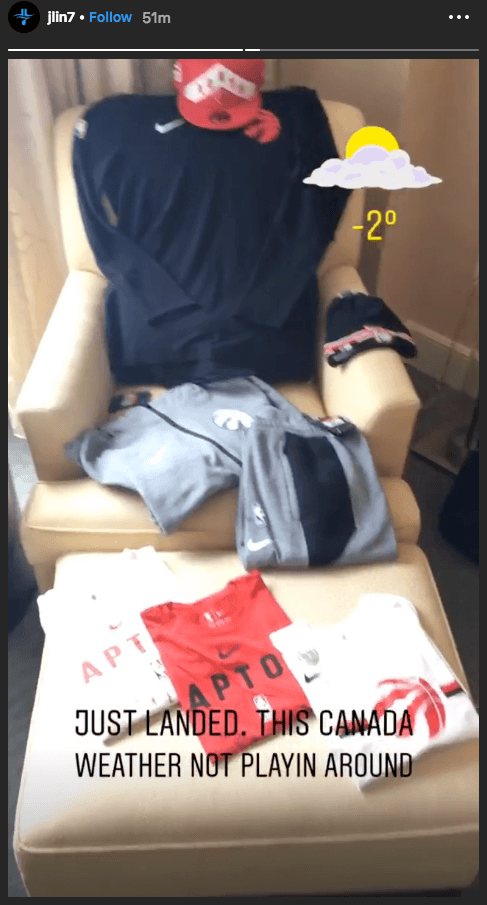 They’re going to need him too, as point guard Fred VanVleet will reportedly miss the next five weeks after having surgery on his left thumb.

Lin will wear Jonas Valanciunas’ old number, confirming in an Instagram comment that he asked the longtime Raptors big man for permission via text before choosing No. 17.

Now with his eighth NBA team, Lin averaged 10.7 points, 3.5 assists, and 2.3 rebounds per game for the Atlanta Hawks this season. He could be in the lineup as soon as tonight at home against the Washington Wizards in the final game before the All-Star break.