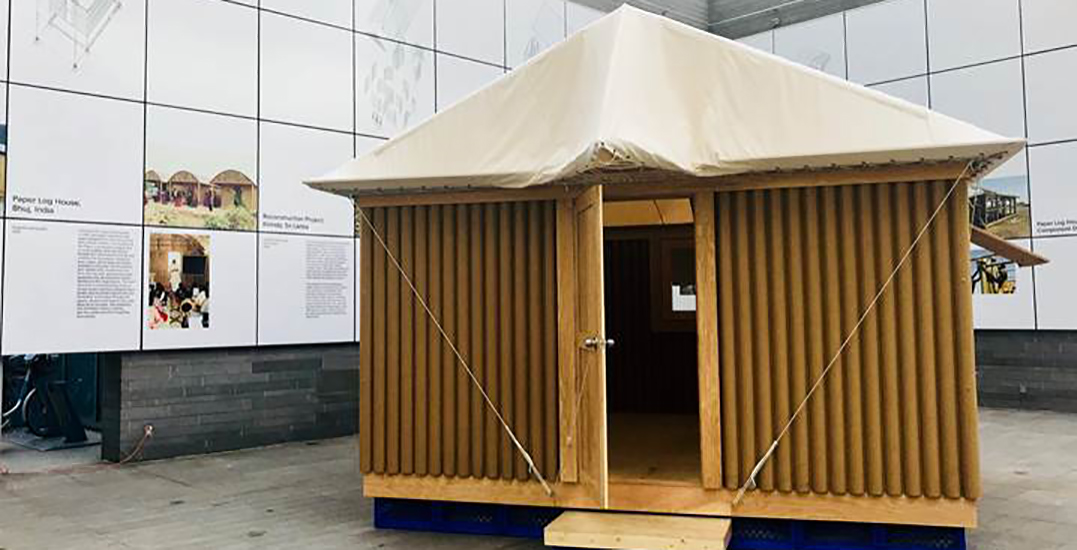 A unique and internationally famous art exhibit has made its way to downtown Vancouver.

World-renowned architect Shigeru Ban’s “Paper Log House” has been set up on West Georgia, as part of the Vancouver Art Gallery’s Offsite series.

The simple, yet sturdy log building, is composed out of sustainable paper tubes and has been used as a disaster relief structure. 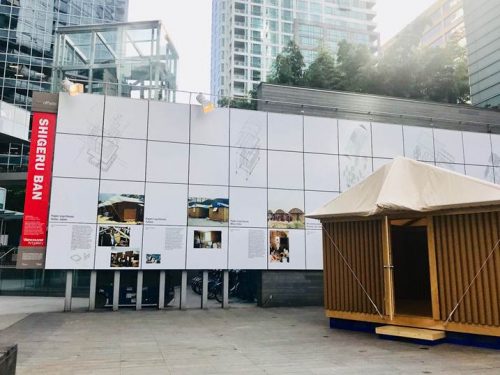 According to the Vancouver Art Gallery, the original house was built by the Pritzker Prize-winning architect in 1995, when a 6.9 magnitude earthquake struck the coast of Japan. The epicentre of the earthquake was located in Kobe and saw more than 6,000 people killed and 200,000 became homeless.

During that time, Ban was asked to assist with building relief shelters and came up with a simple building made of paper and cardboard tubing. Since then, the model has become a prototype for disaster relief shelters built around the world which is both easily accessible and low cost.

Ban’s monumental Terrace House is crafted from the use of sustainable and local Douglas Fir timber from the Kootenays.

You can check out a version of Ban’s 15.8 square-meter Kobe Paper Log House on 1128 West Georgia Street, between Thurlow and Bute. The exhibit will remain in Vancouver for viewing until October 8.