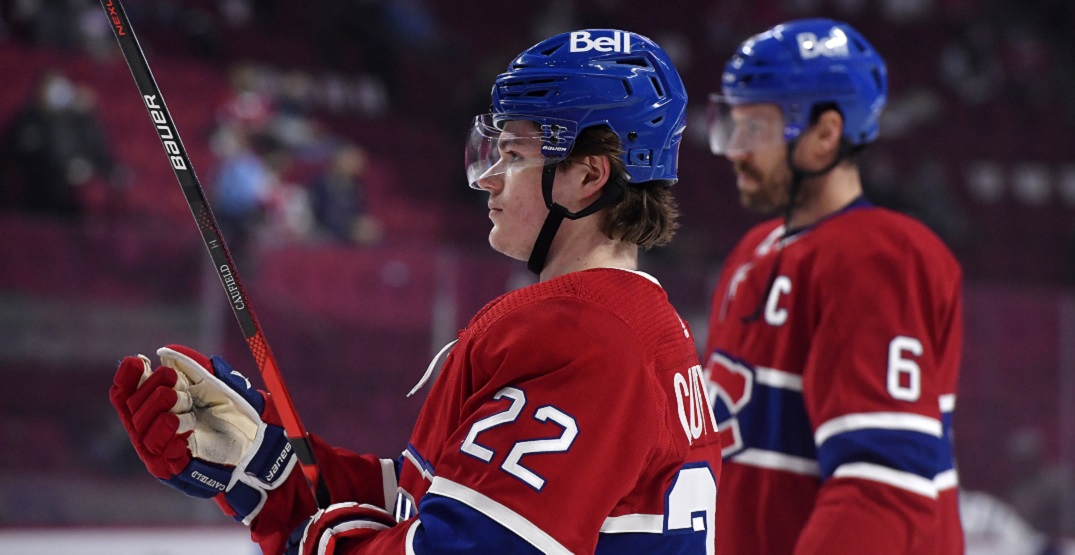 Montreal Canadiens captain Shea Weber will have his legacy forged based on how he performs over next two weeks in the Stanley Cup Final.

Anything is possible in Montreal if he’s able to deliver the team their 25th Stanley Cup and first since beating Los Angeles in 1993.

Having his number hanging in the Bell Centre rafters alongside greats like Maurice Richard, Jean Beliveau, and Guy Lafleur?

It’s all on the table if Weber’s Habs get it done against the Tampa Bay Lightning, the league’s defending champion.

You’d imagine that Weber’s mind would wander to what could happen if the Canadiens are able to pull off a fourth-straight series win, which they’ve come into as the underdog.

From finishing 18th in the league standings to being league champion would be one heck of a Cinderella story, with Weber playing a starring role.

But for now? Shea Weber is just looking after the kids.

“He’s got a relationship with everyone in the room,” Canadiens defenceman Ben Chiarot said at Sunday’s pregame availability. “He’s ‘dad’ to the young guys. He’s buddies with all the older guys. He connects with everybody, and I think that’s why he’s considered one of the best captains in the league.”

Canadiens rookie forward Cole Caufield also shouted out what the leadership of the captain has meant during his first NHL playoff run.

“This is for them at this point,” Caufield said, referencing Weber and other veterans on the team like goaltender Carey Price. “Just to be able to share this with them has been a lot of fun. But you kind of see how serious this is. I saw that right away when I first stepped into the room.”

As for Weber himself, well, he spoke at today’s press conference just about how you’d expect a father to.