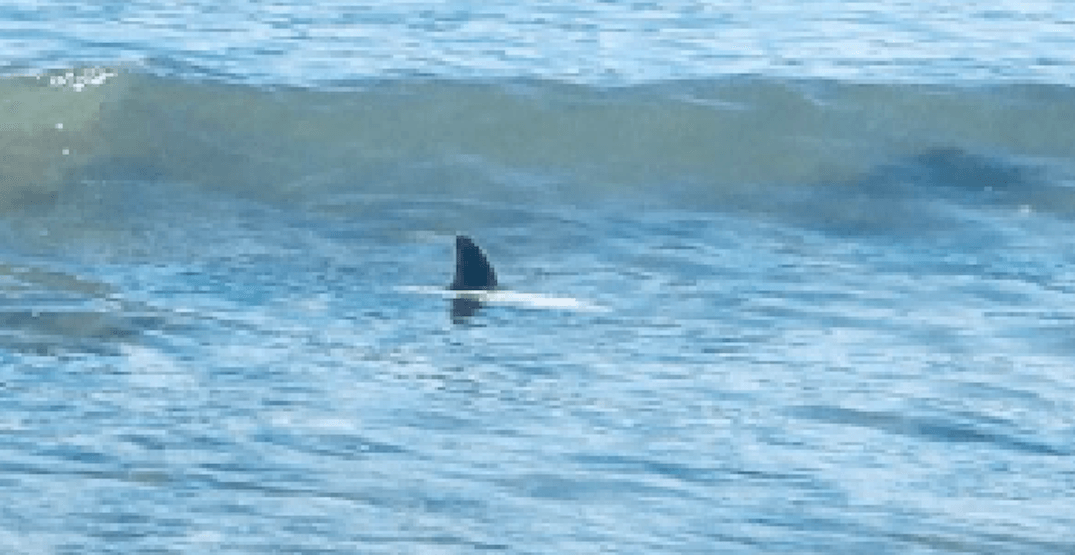 The shark fin can bee seen in the shallow water. (Kate White / Twitter)

Kate White was walking at Kits Beach near Bayswater Street around 8:30 am earlier this week when she had an unexpected wildlife sighting.

There, in the shallow water, was the unmistakable shape of a shark fin. 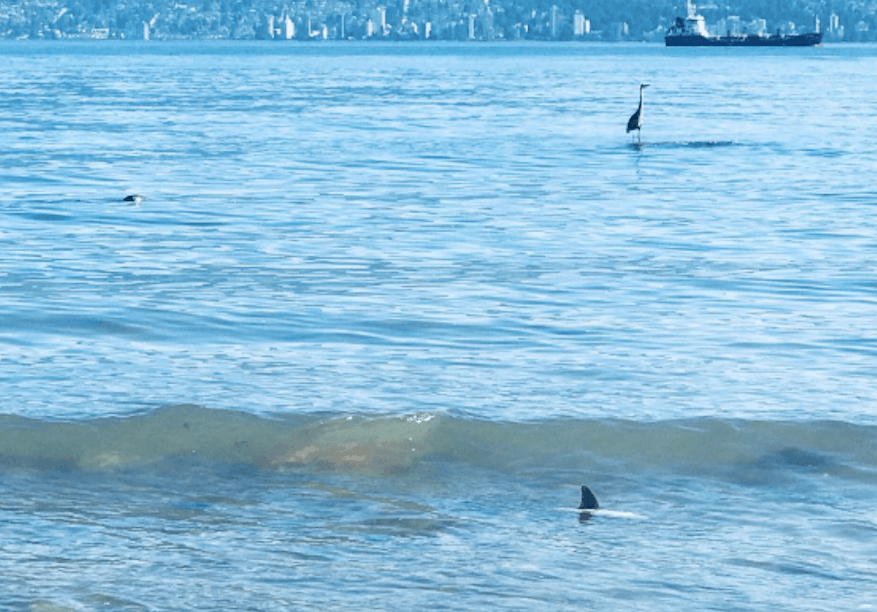 The shark fin can be seen in the shallow water. (Kate White / Twitter)

According to the Vancouver Aquarium, the shark is likely an adult Pacific Spiny Dogfish.

While these are rarely seen in shallow waters like this, it’s believed this particular shark was either hunting or in distress, a Vancouver Aquarium spokesperson told Daily Hive.

Members of the public who see something like this are encouraged to call the Vancouver Aquarium, who will then assess the situation and provide help if and where needed.

Those wondering if it’s safe to go in the water around these things should know that this particular species of shark poses no immediate threat to humans.

In fact, the only way it could significantly harm a human is if a person gets too close to the poisonous spikes located at the dorsal fin.

Still, it’s not every day one sees a sight like this so close to the beach.

“It seemed to want to hang out there,” White told Daily Hive. “There may have been something good to eat there given there was a seal and a heron hanging out too.”