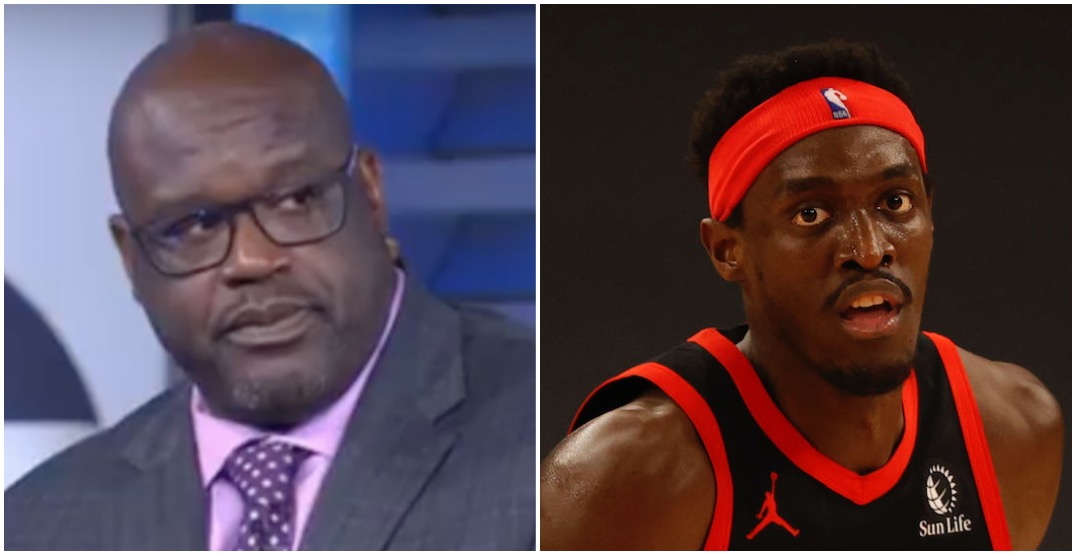 During TNT’s halftime coverage of the Raptors game versus Milwaukee Bucks, host Ernie Johnson asked Shaq if he had his eyes on Pascal.

Johnson responded with “Pascal Siakam,” as the rest of the panel laughed.

“I never knew his first name,” Shaq responded. “First of all, I don’t call him Pascal. I call him Siakam.”

EJ: "You got your eyes on Pascal?"

Shaq: "Nah, I got my eyes on Siakam." 🤔 pic.twitter.com/1ZXTSGPWMg

The Raptors subsequently defeated the Bucks 110-96 to cap off back to back wins against Milwaukee. Siakam, along with Norman Powell, had to step up without the presence of All-Star point guard Kyle Lowry. They did. Both of them had over 25 points and helped to lead the Raptors to victory.

Individually, Pascal’s play of late should have reminded Shaq about who he was as he has scored 20 or more points in five of his last six games.

Overall, the team has been playing well too. The Raptors have gone 7-3 over their last 10 games and are starting to move up the Eastern Conference standings. Currently, they are in sixth place and only five games back of the top seed.

Since no one forgets anything said on social media, many were quick to respond against Shaq for his forgetfulness of Siakam’s name.

That went from a compliment to disrespect really quick. Cmon Shaq. Why dont u actually watch these basketball games before you talk about it? If you did then u would know every starter’s name since they say it over 30 times per game pic.twitter.com/DwgTFx90GH

The Raptors play the Minnesota Timberwolves tonight. Tip-off is at 9 pm ET/6 pm PT on TSN.