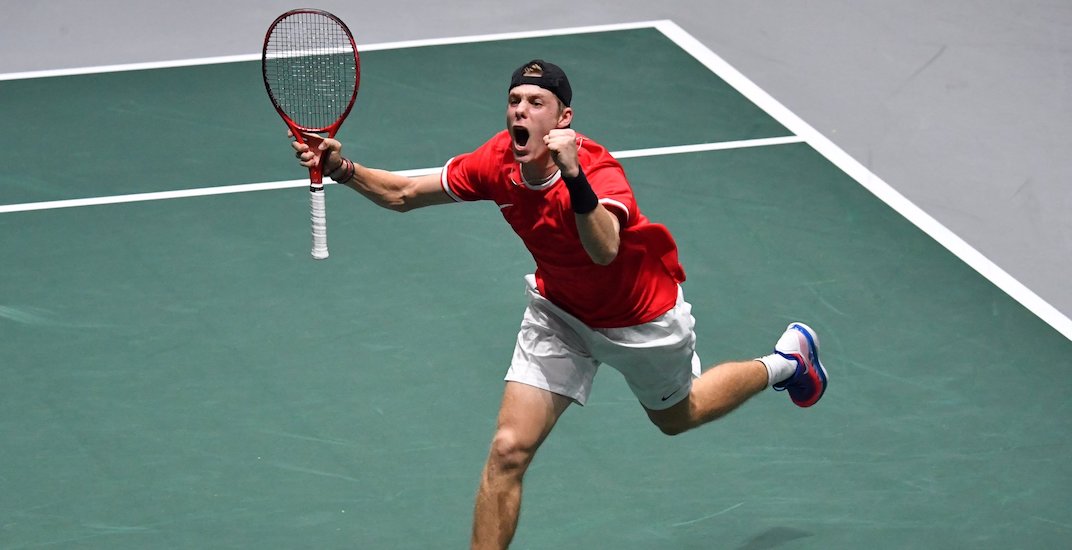 For the first time in his young career, Denis Shapovalov is a top-10 player in the world.

The 21-year-old Canadian will move up to 10th spot in the next ATP rankings, following a semi-finals appearance at the Italian Open. Prior to that, Shapovalov became the first Canadian to reach the quarter-finals in men’s singles at the US Open, losing in a heartbreaking five-set marathon.

Now we can OFFICIALLY say it – Denis Shapovalov is a Top 10 player.

He joins Milos Raonic as the second Canadian male to crack the Top 10 in the @atptour rankings.

Those positive results will move Shapovalov from 14th to 10th, making him just the second Canadian man ever to reach a top-10 position in the world rankings. Milos Raonic holds the Canadian record for highest ranking, reaching world No. 3 in 2016.

Given his age, Shapovalov has the potential to become the greatest Canadian male tennis player ever — if his countryman and good buddy Felix Auger-Aliassime doesn’t surpass him first (Felix is one year younger and ranked 20th in the world).

Shapovalov will look to build on his recent strong play when the main draw of the French Open begins next week.