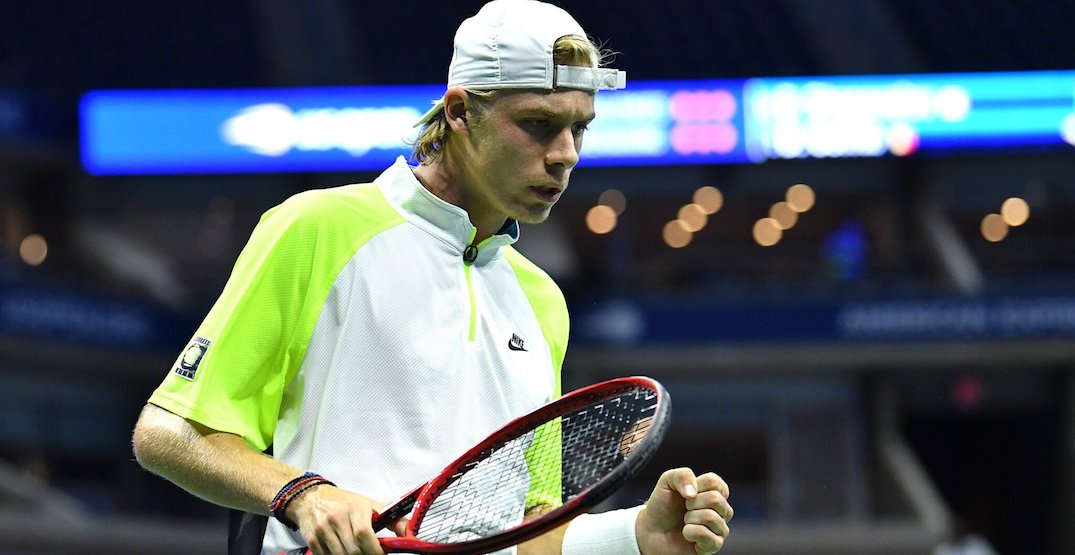 For the first time in the Open era, a Canadian has reached the quarter-finals of the men’s singles draw at the US Open.

Denis Shapovalov is through to the quarters of a grand slam for the first time in his young career, after defeating No. 7 seed David Goffin of Belgium in four sets (6-7, 6-3, 6-4, 6-3).

“It’s a really proud moment, you just gave me goosebumps,” Shapovalov said, upon being told of the historical significance of his victory in the post-match television interview. “It’s pretty crazy how far I’ve come. Today was an extremely tough match, I knew it was going to tough against David.”

The 21-year-old Canadian has a tremendous opportunity to win his first major title, as he will face 20th seed Pablo Carreno Busta in the semi-finals, after World No. 1 Novak Djokovic defaulted against the Spaniard earlier in the day.

Djokovic injured a linesperson when he hit a ball out of frustration. It was an accident, but it still resulted in Djokovic being ousted from the tournament.

Shapovalov sympathized with Djokovic, as he faced similar embarrassment during a Davis Cup match in 2017 when he hit an umpire in the face with a ball. He also had to forfeit the match.

On Monday, two more Canadians will have an opportunity to join Shapovalov in the quarters, as Felix Auger-Aliassime and Vasek Pospisil have also reached the Round of 16.

“Only a Canadian would ask for that.”

No word yet if they use “hockey tape” as well.

There are no Canadians left in the women’s singles draw, as Leylah Fernandez was ousted in the second round and last year’s champion, Bianca Andreescu, is not taking part in this year’s tournament.