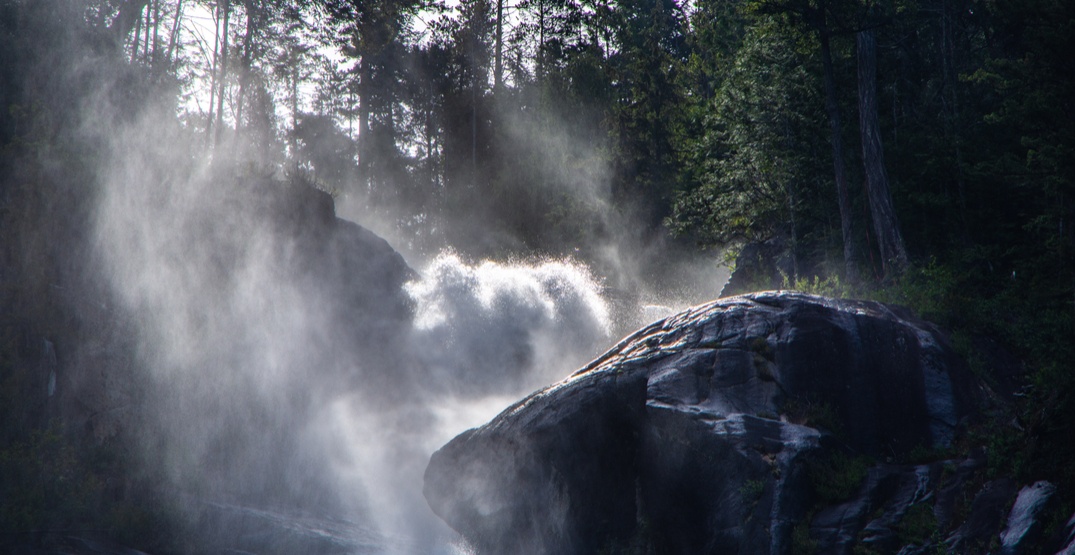 After an extensive search effort by emergency crews, an incident which took place at Shannon Falls involving three swimmers has come to a tragic end.

Squamish RCMP has confirmed that three individuals were found deceased in a lower pool. The location of the three was confirmed at approximately 8:30 pm yesterday. The RCMP and the Squamish Search and Rescue (SAR) have since been attempting to recover the bodies from the pool.

The individuals went missing yesterday afternoon after reportedly falling from a swimming pool on the top of Shannon Falls. The trio, who were with a group of friends at the time, fell into a pool 30 metres below.

A statement from the Squamish RCMP explains that the terrain is still immensely dangerous. Corporal Sascha Banks of the RCMP comments that “the water flow” of Shannon Falls “will be heavy with warm temperatures today, increasing the risk to those in the recovery effort. Multiple helicopter units have already been recruited for the situation.

Until the operation is complete, Shannon Falls and any trails leading to the pool system are closed to the public.

Th RCMP has commented that they will not be releasing names.