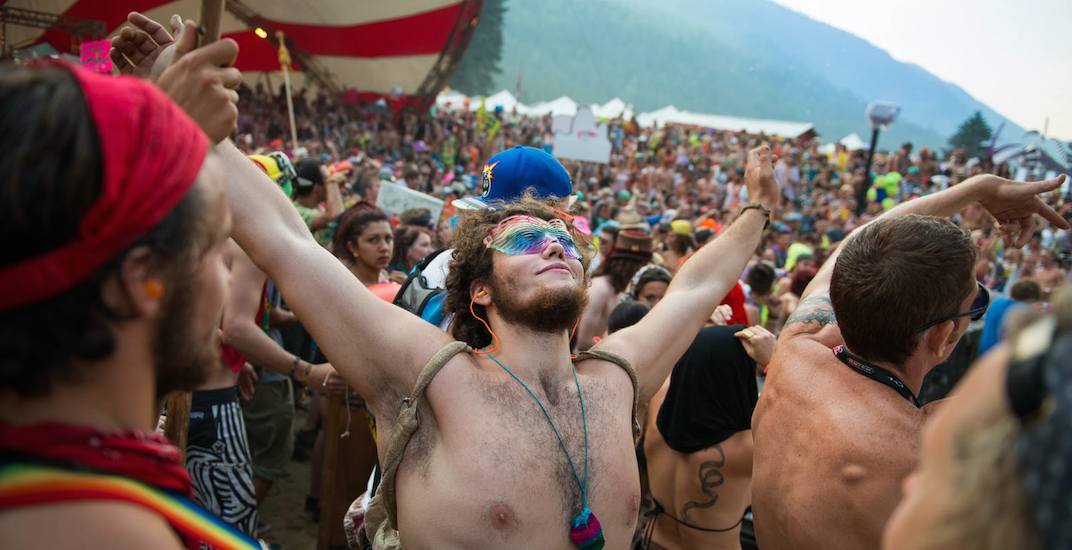 The growing threat of a nearby wildfire has forced organizers of the Shambhala Music Festival in the BC Interior, held in the town of Salmo, to shut down the event a day early.

A large wildfire that began just a few days ago is now 9 kms southwest from the festival site. It has also grown in size from 185 acres on Wednesday, when it was about 20 kms away, to 865 acres as of today, and has jumped the Salmo River – expanding northwards towards the festival. 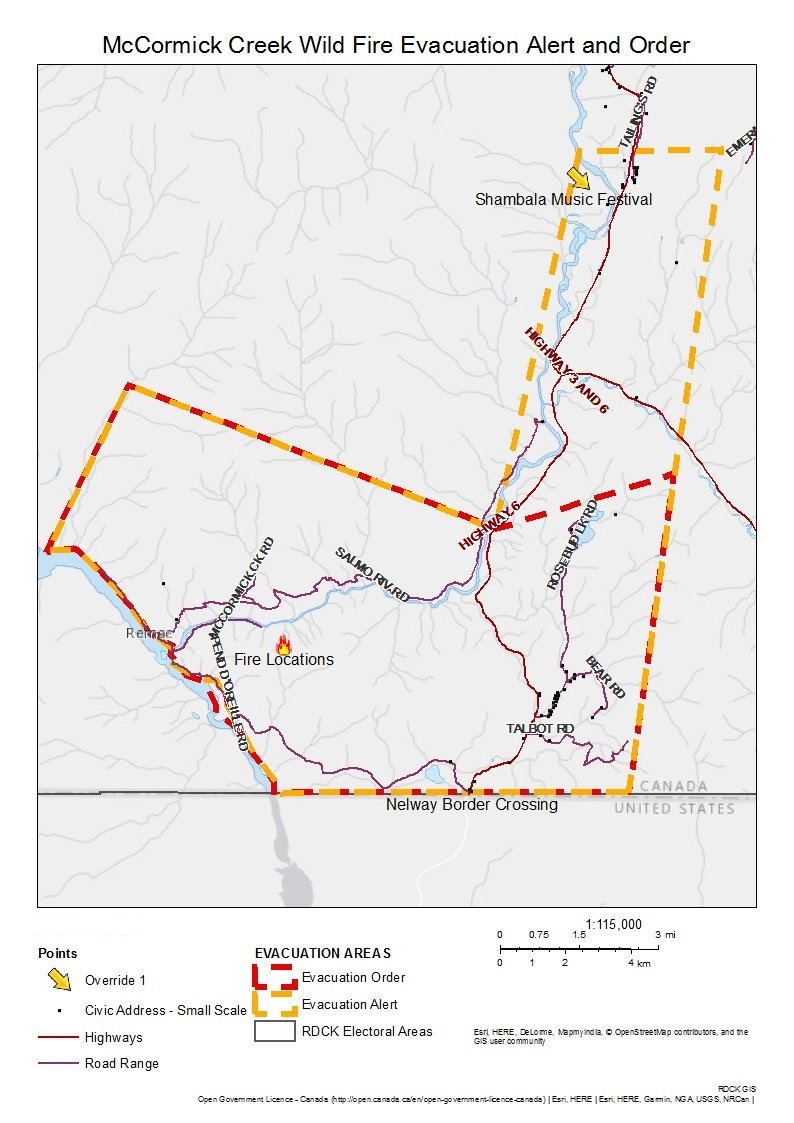 Wildfire evacuation map for the area around Salmo, BC as of Saturday, August 12, 2017. (Regional District of Central Kootenay)

Organizers say programming for Saturday evening will continue as planned, but the final day on Sunday, with an itinerary of about 80 performances, has been cancelled. The decision was made in consultation with the provincial and local governments.

Attendees are being encouraged to make necessary preparations for an efficient exit of the site on Sunday morning by packing up their campsite and belongings throughout Saturday. By providing ample time for the evacuation, it is anticipated this will lead to a more orderly exit with less accidents.

On Wednesday, prior to the start of the event, organizers provided attendees with a ‘pre-evacuation alert’ warning that the event could be affected by the wildfire. The festival began on Friday as scheduled.