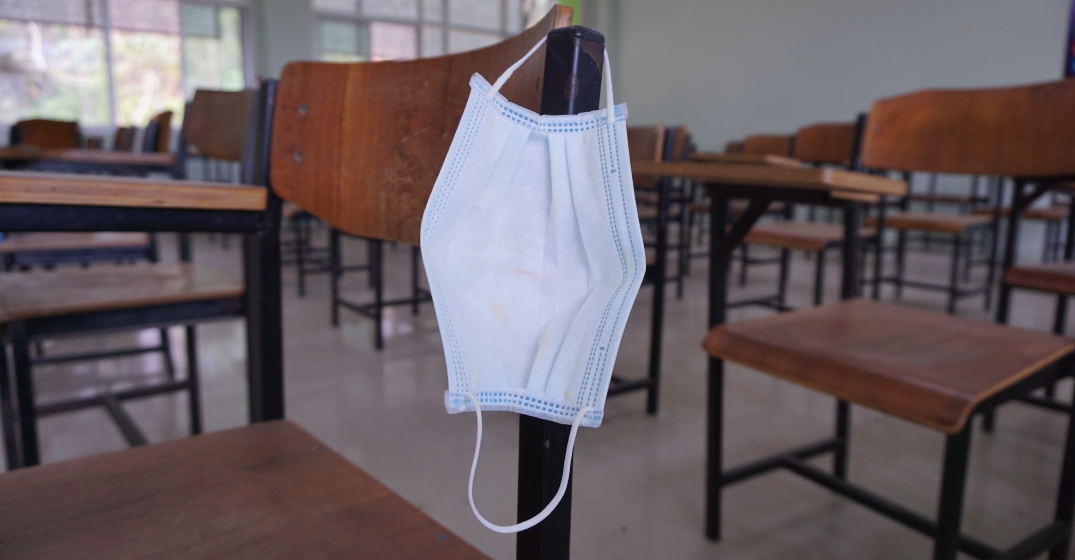 Senators at SFU have rejected a motion to recommend an indoor mask mandate at all SFU campuses, despite a petition signed by nearly 500 students, staff, and faculty.

JUST IN: @SFU Senate voted AGAINST a recommendation to the President and Board of Governors to implement a mask mandate in all indoor public spaces at Simon Fraser University.

The motion suggested that the “Senate recommend to the President and Board of Governors that face coverings be required in lecture halls, classrooms, and labs at Simon Fraser University for the remainder of the Spring 2022 semester.”

In the end, 18 voted in favour and 25 voted against it. There were four abstentions.

Senators talked about the issue for nearly two hours and broadened the amendment to include all indoor spaces on-campus instead of just lecture halls, classrooms, and labs before voting.

Some users responded on Twitter to express their opinions about the decision, with one saying they felt like SFU “couldn’t even bring themselves to protect students for say… six more weeks.”

And end of the semester is when? End of April? Sooner? So they couldn’t even bring themselves to protect students for say… six more weeks.

A graduate even weighed in to say they felt “ashamed to be alumna.”

Thoroughly ashamed to be an alumna today.

Meanwhile, others said everything is well on campus, and there is no need for the mandate anyways.

I just spent the whole day at SFU Burnaby. Everywhere I went indoors everyone was wearing a mask. If we are all doing it why do you require a “mandate?” Isn’t it enough that people are naturally being good?

“I believe that with the defeat of this motion, the Senate was sending a strong signal to the most vulnerable populations in the community that they don’t matter,” he said.

“The most vulnerable in our community already experience significant system barriers in post-secondary environments, and to add the additional layer of potentially getting COVID-19 in a classroom setting is unconscionable.”

He says there are ways SFU could have enforced the mandate, but instead chose to “plainly ignore” solutions he and others at the meeting presented.

One of the main arguments he heard against the motion was that it would be difficult to enforce the mask mandate considering there’s no public health order to back it up.

“They feel that they have no authority to charge Campus Security to enforce a mandate, and it would present faculty and staff with many challenges in terms of enforcement,” he said.

“Other universities continue to require masks, in the province and back east, out of abundance of caution. As concerns the law, there nothing in law that prevents you from adopting a slightly higher standard of protection for our campus community than the Province,” said Bhalloo.