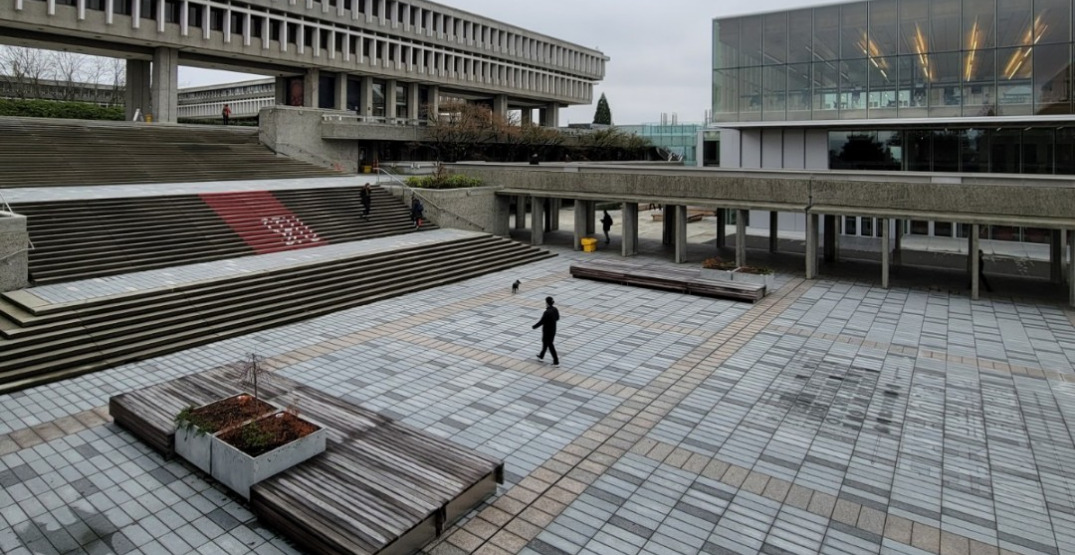 On December 23, 2021, SFU announced that they were temporarily moving to remote learning from January 10 to January 23.

On Tuesday, people associated with SFU shared some tweets that showed the contents of an email they had received, confirming that the return to in-person learning would commence on January 24.

One of those people is Gabe Liosis, the president of the Simon Fraser Student Society (SFSS).

SFU shared a vague statement about why they were moving to remote learning, and it didn’t specifically mention COVID-19, just general health and safety.

“This brief shift to some of our learning and teaching will provide time to learn more about the situation and consider additional tools to support a full in-person return,” reads the statement.

The email about the return to classes indicates that the plan aligns with advice from public health.

In the tweet from Liosis, he shared a picture of the email about the return to classes, and captioned it with “What. The. F*ck!”

“I am angry. I am furious. This is reckless and unnecessarily puts students at risk,” he wrote.

Daily Hive spoke to Liosis about some of his concerns.

“We know that the Omicron wave is still surging, and it likely will not hit its peak for at least 4-6 more weeks as we’re hearing from the PHO and doctors across the country,” he said.

Liosis admitted that the issue of returning to classes is a divisive one, with many students wanting to get back to in-person learning. However, he claims that there is a general agreement that January 24 is too soon.

The other issue is that students don’t have the choice. If an SFU student wanted to stay at home, they would not be able to. It’s mandatory to be in class when in-person learning returns.

“The SFSS has been calling on SFU to adopt more of a hybrid model, to give students a choice on whether they want to attend or not.”

The only exception would be if the student had COVID-19 symptoms. But even then, Liosis suggests there isn’t much in the way of support for students who are forced to stay home.

“I would support going back online for as long as its needed to ensure that when we do come back to in-person, it can be done with a near guarantee that we’ve done everything we could to ensure that the virus isn’t transmitting rapidly among our community.”

Others have also tweeted their concerns about the SFU’s return to in-person learning on January 24.

Are we genuinely guinea pigs to @SFU @drjoyjohnson? I am in shock and if SFU cannot provide proper masking to students, staff and faculty, we will end up with a surge of cases from on campus infections. What do you as leaders expect us to do??? pic.twitter.com/yw02BumAWh

The vice president of the SFSS tweeted that they were scared.

I have a 100 person class this semester. I’m scared and anxious to return. We don’t deserve to learn in unsafe places @SFU

SFU responded to Daily Hive’s request for comment, saying they’ve had many conversations with leadership and student groups.

“We have also heard from individual students, faculty and staff.”

They acknowledged that while there are a wide range of opinions and preferences, they’re guided by “public health expertise, our own data on student impact, and this important study on mental health impacts for young people done by the BCCDC.”

SFU said that the two-week remote learning period was to put learning and research continuity plans in place.

“We have also completed extensive work on ventilation systems.”

When it comes to the state of the pandemic in BC, Provincial Health Officer Dr. Bonnie Henry suggested yesterday that cases could be levelling off in the near future, and following that, we could even see a decline.

But it wasn’t a sure thing, and we could still be weeks away from seeing those signs.

In the meantime, hospitalizations have increased every day, nearing record numbers, and BC has broken the record for active cases in the province nearly every day for the last two weeks or so.

Henry has maintained that universities are safe environments for students.

A modelling update from BC health officials this Friday should reveal more about the state of COVID-19 in the province.