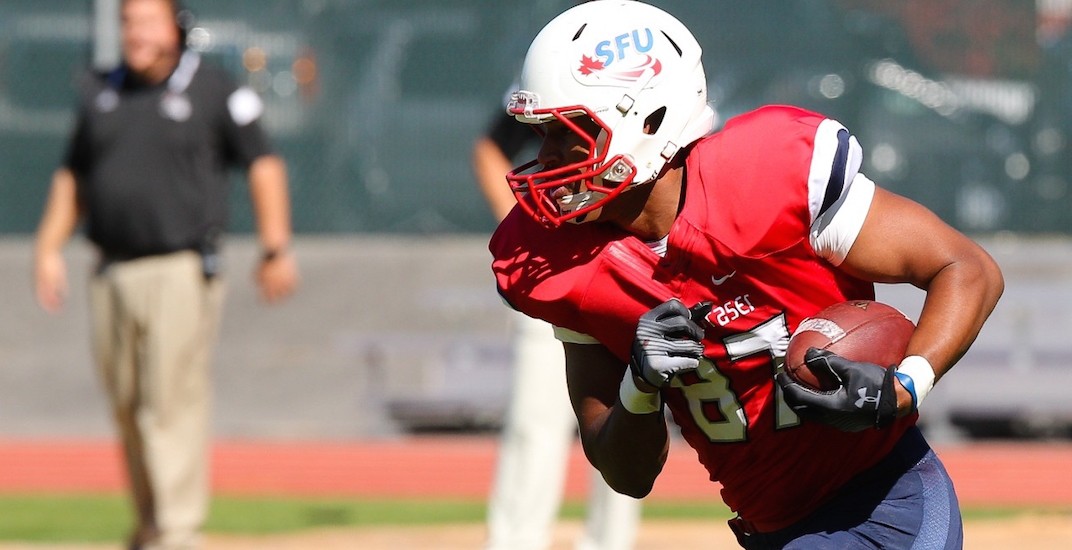 Simon Fraser University is getting a new nickname for its varsity sports teams.

The “Clan” nickname has been retired, SFU announced Wednesday.

Meant to honour Simon Fraser’s Scottish roots, the term “Clan” has confused for the “Klan” of the KKK racist white supremacist group.

The university initiated a “stakeholder engagement process” in January after a poll of student athletes indicated strong support for a new name.

In July, the school announced it would be conducting a review of the name.

“The university is deeply troubled by and attentive to the emotions and concerns to which these associations have given rise, and the impact they have on our athletes, particularly in light of our revulsion to and condemnation of anti-Black racism,” stated the school in a release.

SFU President Andrew Petter ultimately made the decision to change the name based on feedback received from the community, the university says, in particular from student athletes, coaches, and staff.

In a media statement issued on Wednesday, SFU said the “primary factor contributing to the decision was the well-being of student athletes, many of whom reported that the current name had caused them to experience unsafe situations, upsetting conversations, and other harm.”

“As a university, our number one duty is to foster a supportive environment for our students,” says Petter. “Our student athletes are dedicated to their sport and education, and negative interactions with others about the persistent misinterpretation or misuse of their team name should not be a burden they have to bear.”

SFU says it will launch a process this fall to choose a new name, with “key groups within the university community” involved in the process.

“SFU student athletes are very pleased with the decision to move to a new team name,” says Ryan Stolys, president of the SFU student athlete advisory committee. “This is something that we have been working towards over the last year and we look forward to supporting the process to determine a new team name, so we can proudly represent SFU in all aspects of competing in the NCAA.”

Many have suggested the school rename itself the “Highlanders” to continue to honour its Scottish roots, though all options are on the table. Whatever they decide, when student athletes return to competition, they’ll do so with a name they can be proud to shout.

In past months, a number of teams in other sports leagues have changed their names for being culturally problematic. Earlier this summer, both the Washington Redskins and Edmonton Eskimos decided to change their names.