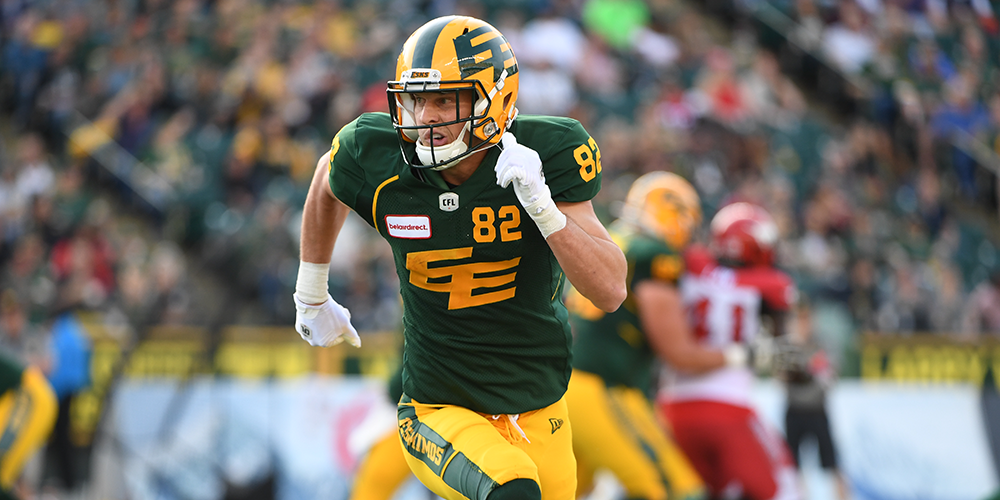 The Edmonton Eskimos will officially be going by a new name, following a decision from the team’s Board of Directors on Tuesday.

After months of consultation and controversy, ‘Eskimos’ will officially be dropped from the team’s title, with a new name still being decided upon.

In the meanwhile, the team will go by Edmonton Football Team, or EE Football Team while they find a more fitting name.

“Recent findings demonstrate that views regarding the team name are shifting. While many fans are deeply committed to keeping the name, others are increasingly uncomfortable with the moniker,” said the team in a press release.

“The long-term viability of the Club requires everyone to get behind this change and continue to support the team, especially during these challenging financial times. We are grateful for the backing of our partners and know that we can count on them to support us in making this difficult decision and helping us through the change.”

The team says they will be keeping the team logo, but are unsure what the second “E” will stand for moving forward.

“At this time it is our intention to keep the team logo. What the second E will stand for going forward will be determined as we select a new name. Currently we are not assigning any name to it but rather keeping our iconic Double E logo,” said Courtney Clace, Director, Games Operations & Events in a statement to Daily Hive.

Earlier this month, the team defended the name after they were once again called to change it after the NFL’s Washington Redskins announced they would be doing the same.

In a tweet earlier this month, Edmonton’s football team referred to a review it conducted several months ago where it found “no consensus among the Inuit people and considerable support for the Eskimos name among Inuit in various parts of northern Canada.”

Last month, the team also faced backlash to their response to systemic racism, with many criticizing the team’s name after they denounced racism.

“Our team has a long history of winning – both on and off the field – and we will continue to do so going forward,” said Janice Agrios, Chair of the Board of Directors.

“We feel it is important to make this change in response to the findings of our recent engagement and research. Going forward, we want the focus to be on the work we do in the community and our team’s excellence on the field as the CFL’s most successful franchise.”

The team will be undertaking a comprehensive engagement process on a new name, including research and engagement with season seat holders, casual ticket purchasers and partners.

The team did not provide a timeline on when a new name would be announced.