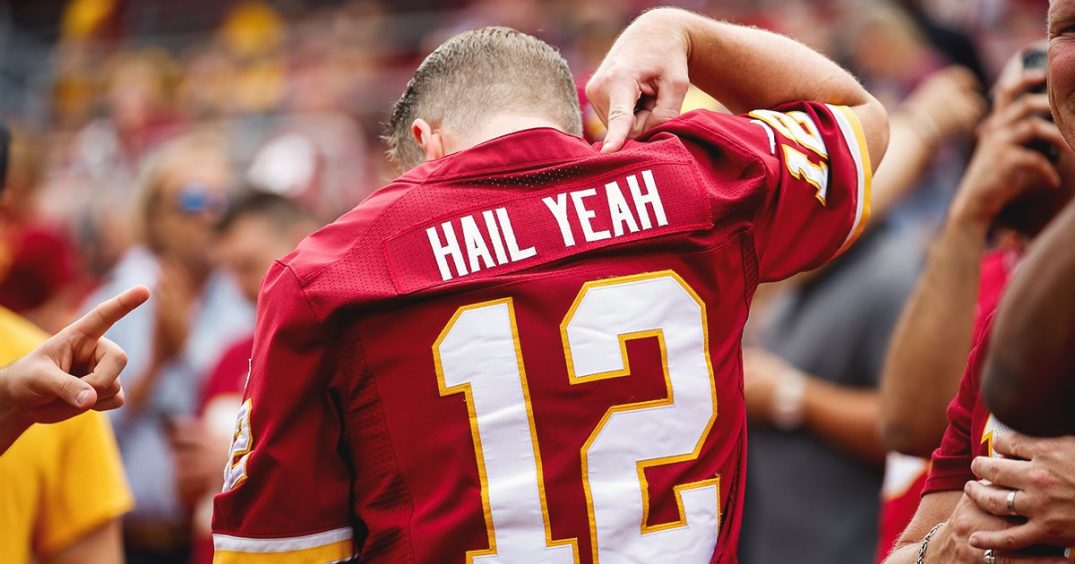 The Washington Redskins revealed on Monday that they will be changing the team’s name and logo.

The pro-football team has been resisting calls to reform its logo and team name for years, but following criticism from its sponsor FedEx, and increasing pressure from other supporters, the franchise began a review process at the start of the month.

The Redskins’ name has been widely criticized for being derogatory toward Indigenous peoples.

“On July 3, we announced the commencement of a thorough review of the team’s name. The review has begun in earnest,” the team said in a press release. “As part of this process, we want to keep our sponsors, fans, and community apprised of our thinking as we go forward.

“Today, we are announcing we will be retiring the Redskins name and logo upon completion of this review.”

A timeline for the change is not provided, nor is there any indication of the new design direction the team may choose to take. According to the release, Owner Dan Snyder and Coach Ron Rivera are working to develop a new name and design approach that honours the “tradition-rich franchise.”

The Redskins were founded in 1932, then as the Boston Braves, according to the team’s official history. The name was changed to the Redskins in 1933, and shortly after relocated to Washington, DC. The Redskins have won three Super Bowls, most recently in 1991.

A CFL team, the Edmonton Eskimoes, however, continues to resist the push for a change. Citing a review it conducted several months ago where it found “no consensus among the Inuit people and considerable support for the Eskimos name among Inuit in various parts of northern Canada.”