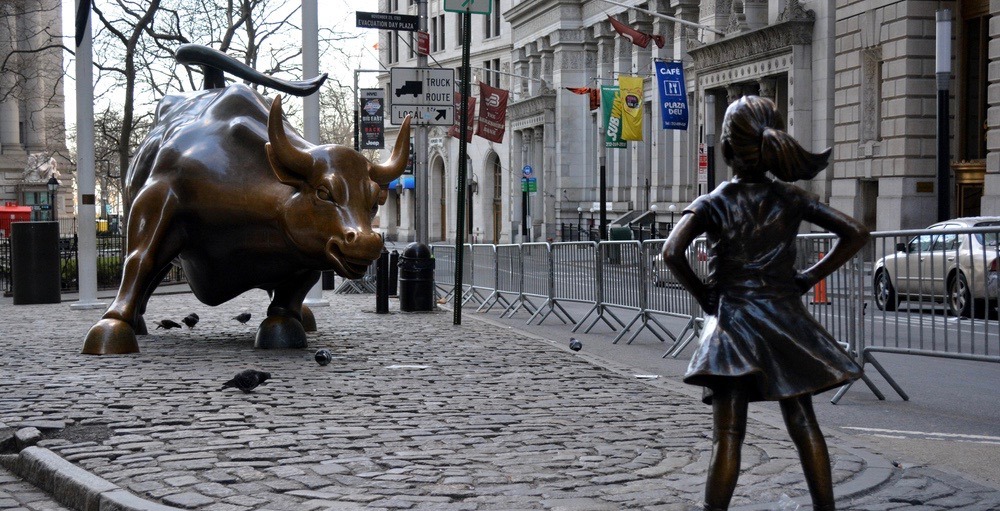 Have you ever considered that the words ‘spinster’, ‘mistress’, and ‘ditsy’ exist only for women.

What about phrases like ‘Debbie downer’ or ‘stroppy Susan’? Why do these type of sayings always feature feminine personas?

Bullsh*t, that’s why. Which is why we asked leading language learning app Babbel to help walk us through some balanced alternatives to these sexist terms so we can start treating the women in our lives with the words they deserve.

Words (just) for women, why?

What happens when we translate derogatory words about women to their male equivalents?

Revealing the sexist attitudes of past societies, all the female words hold insulting and disrespectful connotations, while the male terms are associated with power, wealth, high status and sexual superiority.

We recognize sexism in these historical words, but they’re hardly taboo: the fictional character Bridget Jones refers to herself as a spinster, for example. We also don’t question why condescending words, like ‘bubbly’ and ‘ditsy’, are nearly always used to describe women. Without questioning this, the sexism implicit in historical terminology has filtered down to our everyday language, from ‘witch’ to ‘cute’ to ‘Debbie downer’.

So, what should we do about it?

Raising awareness of some of the terms that perpetuate assumptions about women, Babbel’s list of alternatives more accurately explains certain traits. To balance things out, this linguistic guide is designed to get people speaking less sexist lingo.

Ted Mentele, expert in Didactics at Babbel, comments: “The English language is full of demeaning words that are too frequently associated only with females, often without us even realizing it. As diversity is one of Babbel’s most important values, it was important for us to devise a more balanced list of phrases to use in place of these derogatory, sexist terms.”

Words to stop using, and words to start using:

Instead of Hussy [15th century]: An impudent or immoral girl or woman.
Try using Daring: A person in control of their life, who is not afraid to take risks.

Instead of Feisty: [19th century] A determined, self-reliant, touchy and often quarrelsome person, generally attributed to women.
Try using A go getter: An ambitious person who is undeterred by others in pursuit of their life goals.

Instead of Sissy: Used to describe a person as effeminate or cowardly, meant as an insult.
Try using Coward: It more accurately describes the trait: a person who is contemptibly lacking in the courage to do or endure dangerous or unpleasant things.

Instead of Frigid: While also referring to cold temperature, it refers to a woman who is unable to be sexually aroused and responsive. Does that mean men are perfect in bed every time?
Try using Cold or Distant:  This is likely more accurate (Or maybe they’re just not that into you). Though if you’re talking about your partner’s sexual unresponsiveness – which could apply to anyone – perhaps it’s best to address the problem itself.

Instead of Ditsy: A person who is perceived as being ‘silly’, featherbrained, irresponsible or empty-headed, commonly attributed to females.
Try using Head in the clouds: Someone who may have the tendency to have unrealistic dreams and often lose focus, irrespective of their gender.

Instead of Bombshell: Usually used in the phrase ‘blonde bombshell’, specifically attributed to a very good-looking blonde woman.
Try using Attractive: A person of any sex who is perceived to be beautiful by others. You can add on an adverb like ‘super’ or ‘extremely’ if you want to turn up the volume.

Instead of Bubbly: A personality trait used to describe a friendly, outgoing and perky person, usually always about a female. Urban Dictionary goes so far as to describe someone who is bubbly as being someone whose liveliness touches on annoying.
Try using Cheerful: A person who feels happy and optimistic about life.

Instead of Chatty Cathy: Urban Dictionary describes this as any woman (or man) who won’t shut up. Sometimes it’s interesting, sometimes it’s not. Mostly not.
Try using Chatterbox: There’s no need to make a sexist remark if you don’t have to.

Instead of Debbie downer: While downer on its own is used to refer to a depressing person or situation, the term Debbie Downer was popularized by a character from a Saturday Night Live sketch that debuted in 2004. It is often used to describe a woman with a negative attitude.
Try using Fun-sponge: A more playful and non-gendered way to describe someone that soaks up all the fun or takes the fun out of life.

Instead of Grow a pair: A phrase that implies someone needs to have male genitalia to be perceived as strong. But a person can be strong no matter what their sex.
Try using Grow a brain: Because in the end, smarts will get you further.