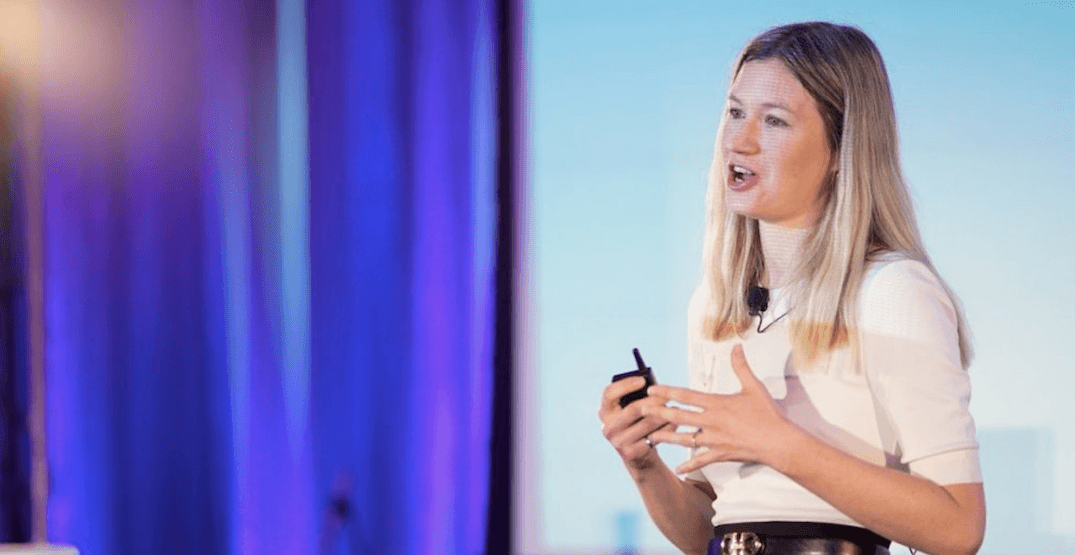 According to findings from the Brookfield Institute for Innovation and Entrepreneurship, women in Canadian tech jobs (armed with a bachelor’s degree or higher) are earning close to $20,000 less a year than their male counterparts.

Not only do we need to continue fostering Canadian tech talent, but we need more females helping to finance these efforts. And in order to get there we need more awareness.

To celebrate women in Canadian tech, we’ve compiled a list of those who are already pushing for greater opportunities in technology and innovation each and every day.

From startup founders to those helping finance ventures, here are 23 women that are making moves in Canada’s tech scene, and changing the way we live and do business as a result.

Quick Bit: Watch the video. Margaret Magdesian is a pharmacologist and biochemist with over 20 years’ experience. She founded Ananda Devices after eight years of research at McGill University, and is driving to improve drug development to treat brain and spinal cord injuries. Her quest to find out “how the nervous system is broken and how we can reconnect it,” as noted in the video above, is the underpin to Ananda’s human organ-on-a-chip platform. Magdesian is one of the finalists competing in the 2019 Cartier Women’s Initiative Awards. She is one of three finalists from North America in the running, and among 21 finalists in total. Ananda has sold over 3,000 organs-on-a-chip and can produce up to 500 a day. 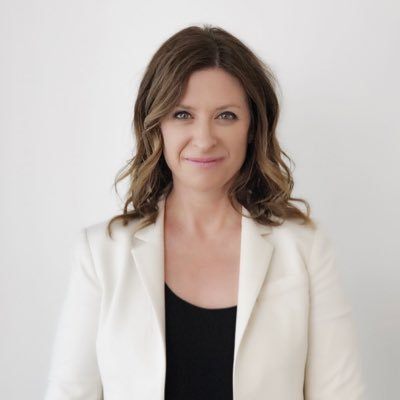 Quick Bit: Actua is Canada’s largest STEM outreach organization inspiring over 250,000 youth every year. Flanagan has been encouraging this growth of young women for over 10 years, having served on boards like the Girls Action Foundation and the International Network for Women in Engineering and Science. Flanagan was named as one of Canada’s Top 100 Most Powerful Women of 2018 by the Women’s Executive Network (WXN). 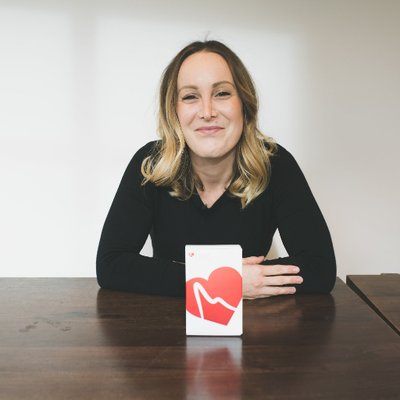 Quick Bit: VitalSines is a health-tech company run by a father-daughter duo based in Vancouver. Goodman appeared on season 11 of Dragons’ Den (alongside her father) to pitch the iHeart, which is a fingertip device that determines a user’s internal age in 30 seconds. 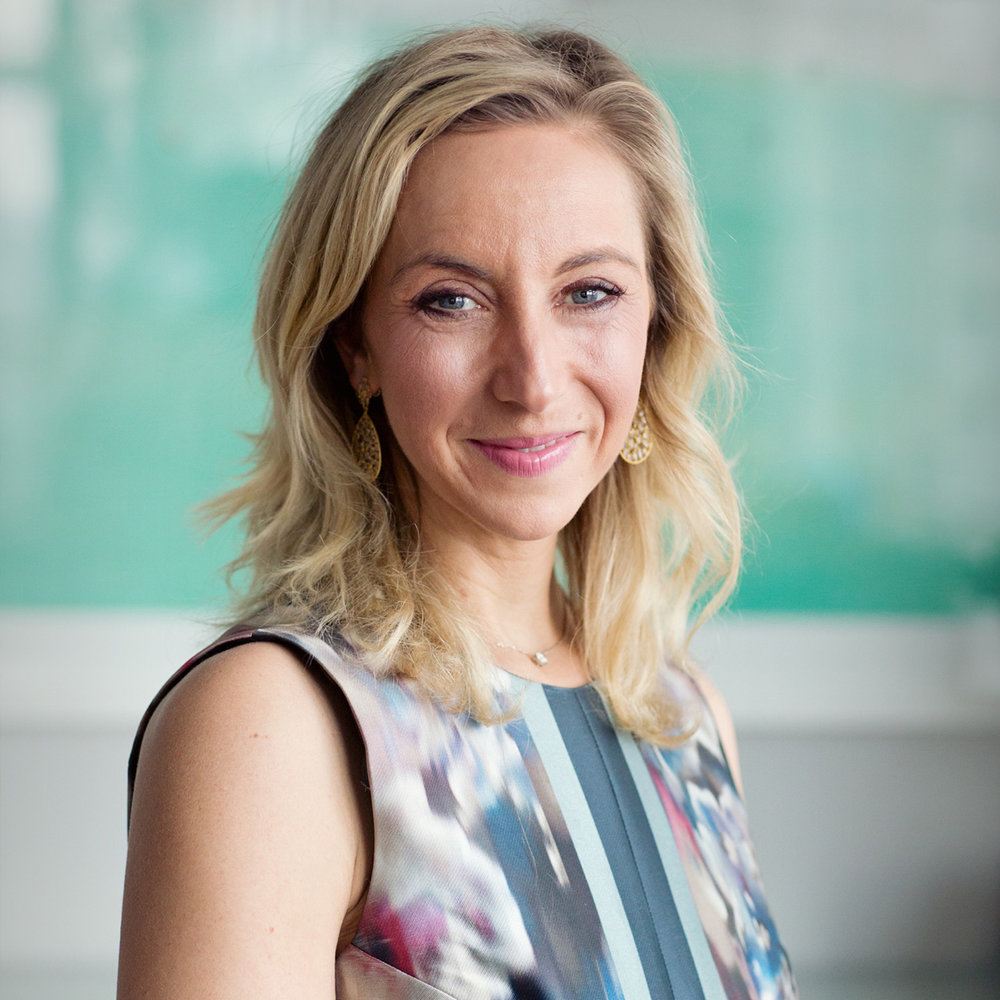 Quick Bit: Move the Dial was formed by Toronto lawyer Jodi Kovitz with the purpose of bringing more participation and leadership of women in the tech sector. Essentially “moving the dial” to help women get deserving opportunities. In 2018, the first Move the Dial Summit took place and featured prominent speakers working in STEM as well as artistic performances from Canadian talent. Ongoing #movethedial story sessions and events will continue to connect women in Montreal, Calgary and Vancouver as well as in New York, San Francisco and Los Angeles. 2019 will see more expansion. 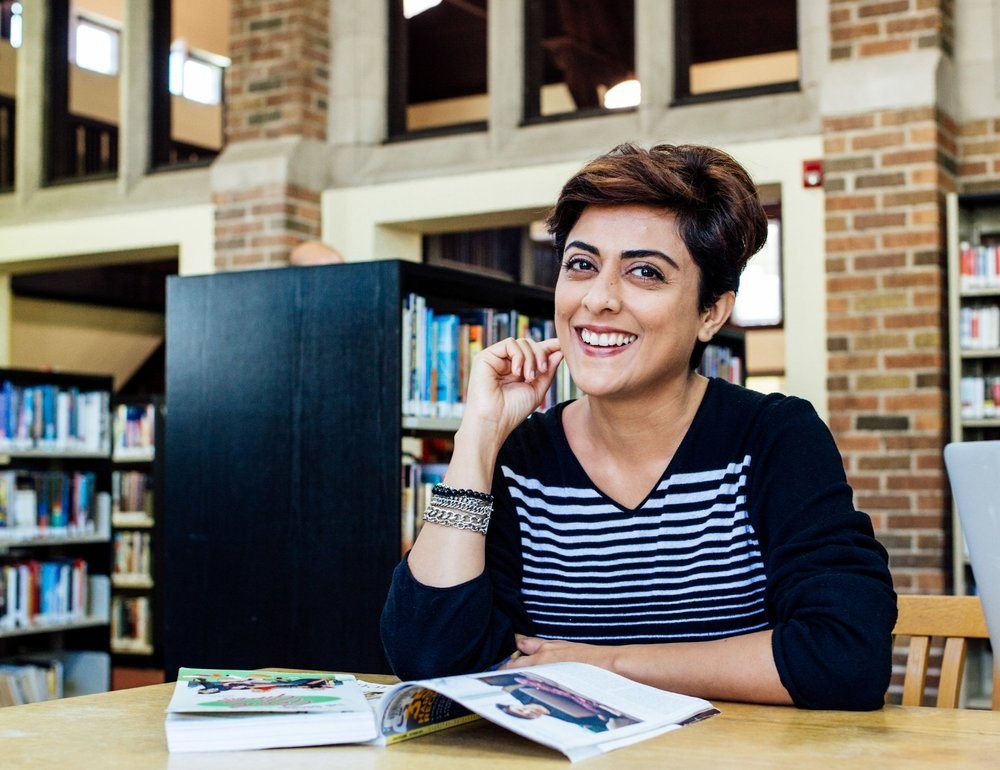 Quick Bit: Muzaffar has been making both technologists and non-technologists think. She has helped foster opportunities for women, discussed the future of technology and delivered speeches on the relationship between labour laws and online platforms. In 2018, Muzaffar resigned from Google and Sidewalk Labs’ advisory panel involving “smart city” development due to her concerns over privacy and data collection. She continues to be vocal about accountable digital development and ongoing dealings between tech companies and communities. 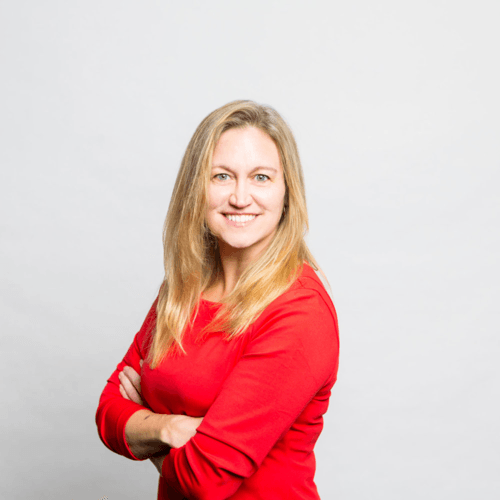 Company: DesignedUX (strategy and solutions for startups, Fortune 500 companies and others).

Quick Bit: Caers brings over 20 years of experience in the technology and education sectors, working with companies and organizations such as the Canadian Securities Institute (CSI), PBS, the Coca-Cola Company and the Economist. 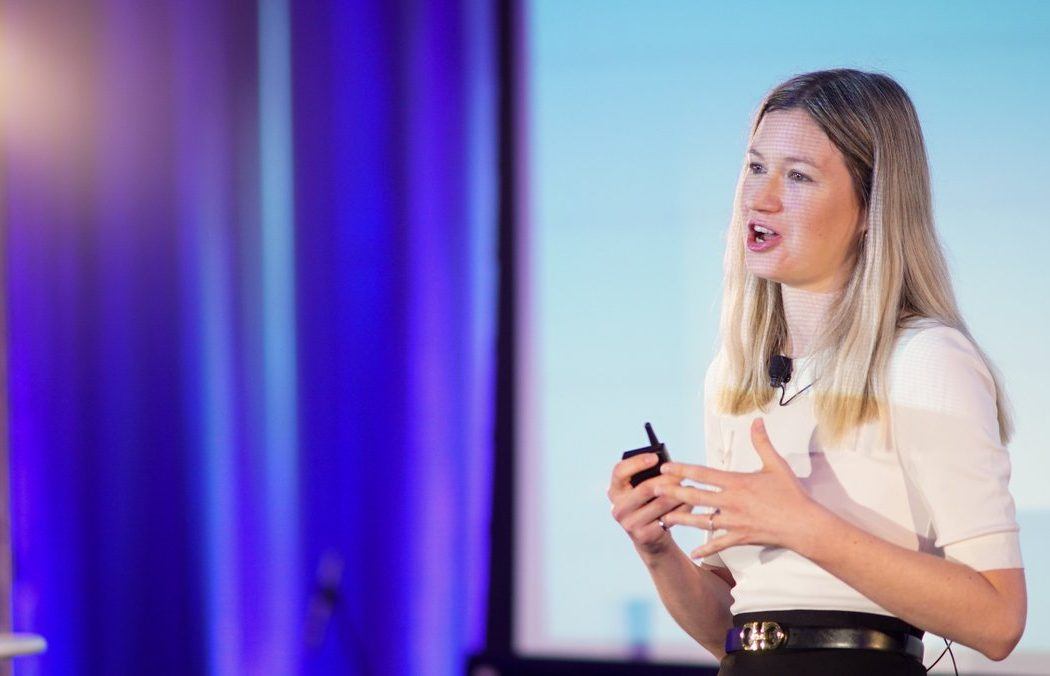 Company: PlentyofFish (acquired by Match Group for US$575 million in 2015).

Quick Bit: Prior to her move to CEO in 2018, Green served as Top Hat‘s chief product officer (CPO), and before that the Vancouver native was the CEO of Savvica, an educational technology (EdTech) company that helped recruit for academic institutions. Green was also director of product management at Affinity Labs, which was acquired by Monster Worldwide (NYSE: MWW) for US$61 million. Match Group’s portfolio of dating apps also includes Tinder and OKCupid. 2019 should be an interesting year of development in the online “connection” space and Green is in a position to lead it. 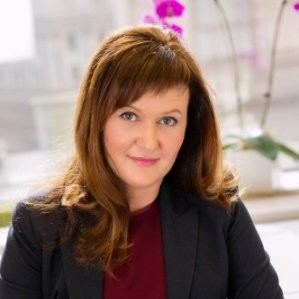 Quick Bit: Now based in San-Francisco, Stead has over 14 years of experience working in biotechnology. She was formerly the investment director at Monsanto Growth Ventures (MGV), an active arm in funding global agriculture efforts. Her expertise also stems from a crossover of eduction at the University of Alberta and University of Calgary. She holds a Ph.D in molecular biology and genetics as well as a MBA in finance, and a B.Sc. in cellular, molecular and microbial biology. 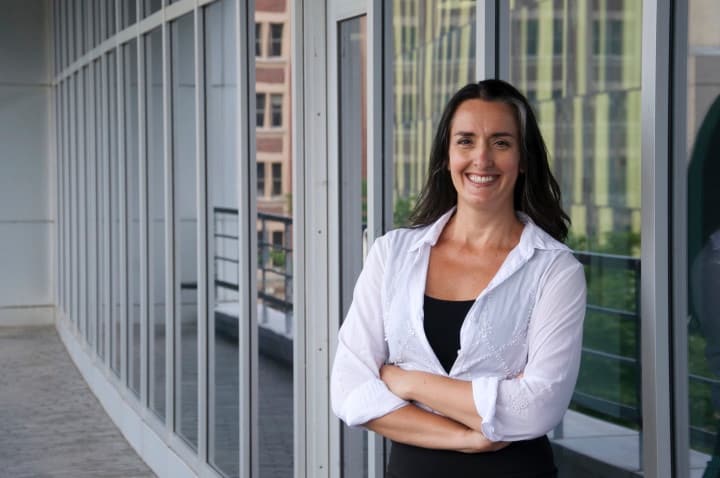 Quick Bit: MIMs was named in Microsoft’s Great Canadian Innovators 2018 Yearbook for the trailblazing work managed by Sarah Jenna. If you’ve got 10 minutes to spare, this video is a good place to start familiarizing with the approach. The company aims to empower the life science industries with big data and AI.

Position: Professor in the Department of Physics and Astronomy, University of Waterloo

Quick Bit: Strickland was awarded the 2018 Nobel Prize in Physics after making the most powerful pulses the planet has ever seen — one that could help with laser eye surgery, for example. Learn more about the “chipped pulse amplification” breakthrough and one of Canada’s most remarkable talents in the video above. 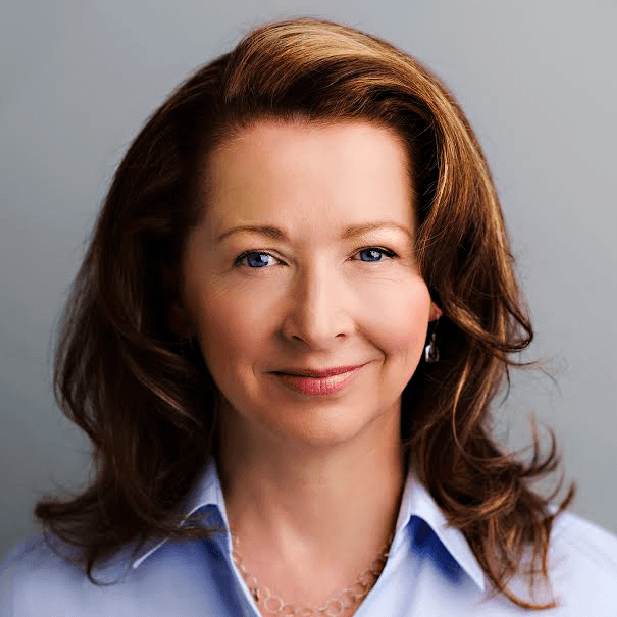 Quick Bit: Leaman studied accounting at the University of Waterloo, which she said helped lay a good foundation for running a business. Axonify is premised on microlearning software that aims to improve financial results of employees. The B2B SaaS (Service as a Software) company is the world’s leading corporate microlearning platform. 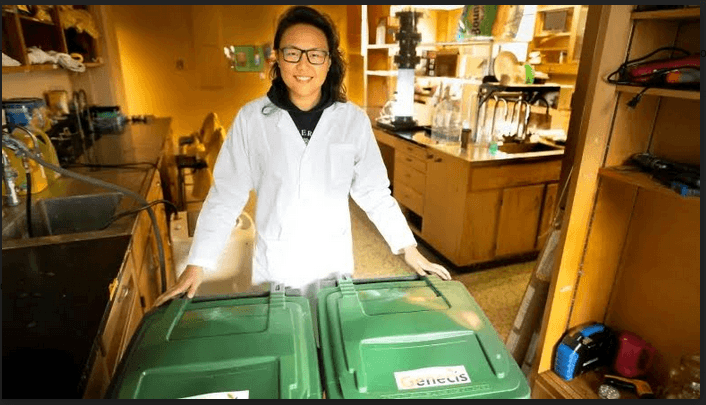 Quick Bit: Genecis is a biotechnology startup that converts organic waste into premium chemicals and materials via its synthetic biology platform. Organic food waste is recycled into biodegradable PHA (polyhydroxyalkanoate) plastics. Since launching in 2016, the team which is made up of scientists and engineers with backgrounds from automation to biochemstry, has aligned with 15 research institutions and strategic partners. In a pilot project with one of their partners, Sodexo Canada, they were able to process over 4000 pounds of organic waste, diverting over 1,200 kg of carbon emissions.

In the last quarter of 2018, Genecis was one of six finalists chosen for the first Women in Cleantech competition hosted by National Resources Canada (NRCan). Genecis received $230,000 in cash and $250,000 in credits to use to scale up their PHA production capabilities with the National Research Council of Canada. 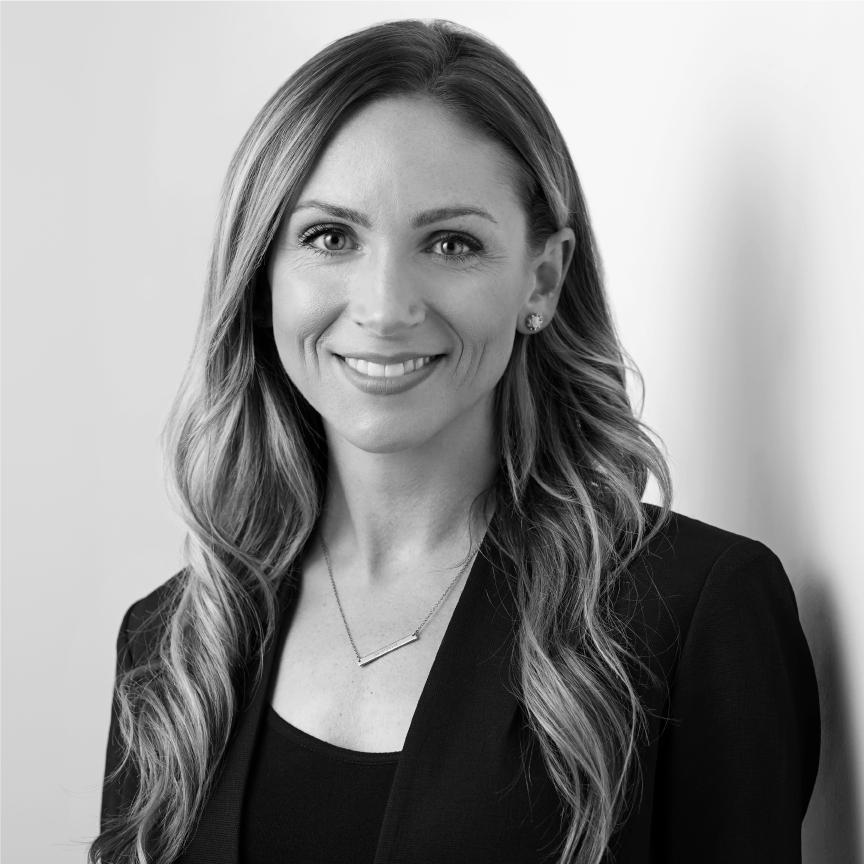 Quick Bit: Orpyx® is the global leader in sensor-based advanced wound care products. The SurroSense® intelligent insole line has been designed to save limbs and lives of people living with diabetes. The insole is designed to help sense what humans may not be able to due to circulation problems. Everett was one of 12 finalists in the global [email protected] Commonwealth Competition in 2018. 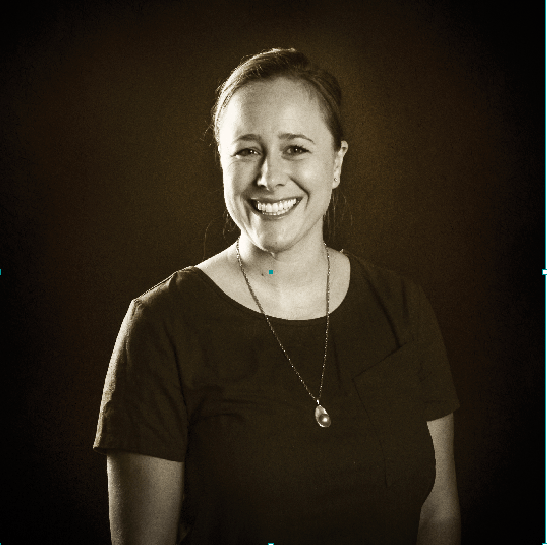 Quick Bit: Cartwright’s work looks at the cross between technology, personal financial management and human practice. Finn AI offers personalized banking solutions for the banking sector and pledges to ensure the financial well-being of 100 million people by 2025. Cartwright is also a member of Canada’s AI Advisory Council and serves as the director of the Artificial Intelligence network of British Columbia (AInBC). 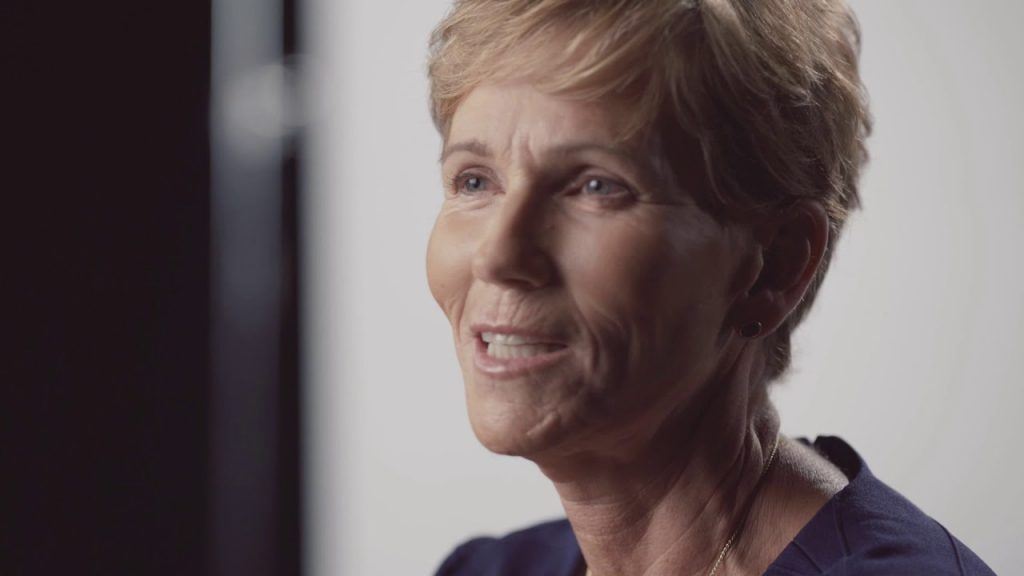 Quick Bit: A first-of-its-kind role in Canada, Sue Paish became the inaugural CEO of Canada’s Digital Technology Supercluster (CDTS) in May 2018. This is an integral position that will help shape Canada’s future in digital technology. Over the next 10 years the team anticipates 13,500 new jobs will be created for Canadians. Other promises include $1.4 billion in funding of collaborative projects involving more than 1,000 organizations, and overall more than $5 billion in GDP impact.

Paish is a former prominent employment and labour lawyer and was the CEO of Pharmasave where she helped introduce new technologies to patient education and care. Paish also earned strong recognition at LifeLabs Diagnostic Laboratories where she was CEO for five years and worked at LifeLabs for nearly 10 years. Paish doubled the company’s size. Now as one of Canada’s principle administrators in the tech space, Paish and the B.C.-based supercluster initiative will foster private-public partnerships to generate more economic wealth and growth in Canada. 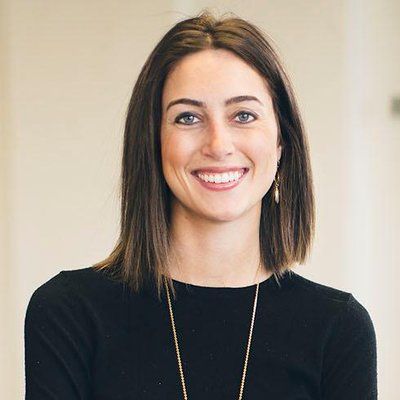 Quick Bit: Bridgit is designed to help make construction easier and its digital solutions system has been implemented in residential, health care, commercial (Google Canada) and retail (DavidsTEA) projects. Bridgit has over 7500 active projects and logged over one million tasks to date. Both Brodie and co-founder Lauren Lake made Forbes’ 30 Under 30 Manufacturing & Industry lists (2019 and 2018, respectively).

Quick Bit: Chadha is one of the brightest young tech innovators in the country. She studies blockchain, built brain controlled prosthetic limbs and is part of one of the most gifted pools of talent in the world. She is currently the world’s youngest brain-computer interface developer and is the 2019 winner of the Impossible Science Student Challenge from engineering.com. The challenge asked students how to bring science fiction to life. Chadha is also part of the fast-rising collective called The Knowledge Society (TKS), based out of Toronto. Did we mention she’s 16? Yeah…sit on that for that bit. 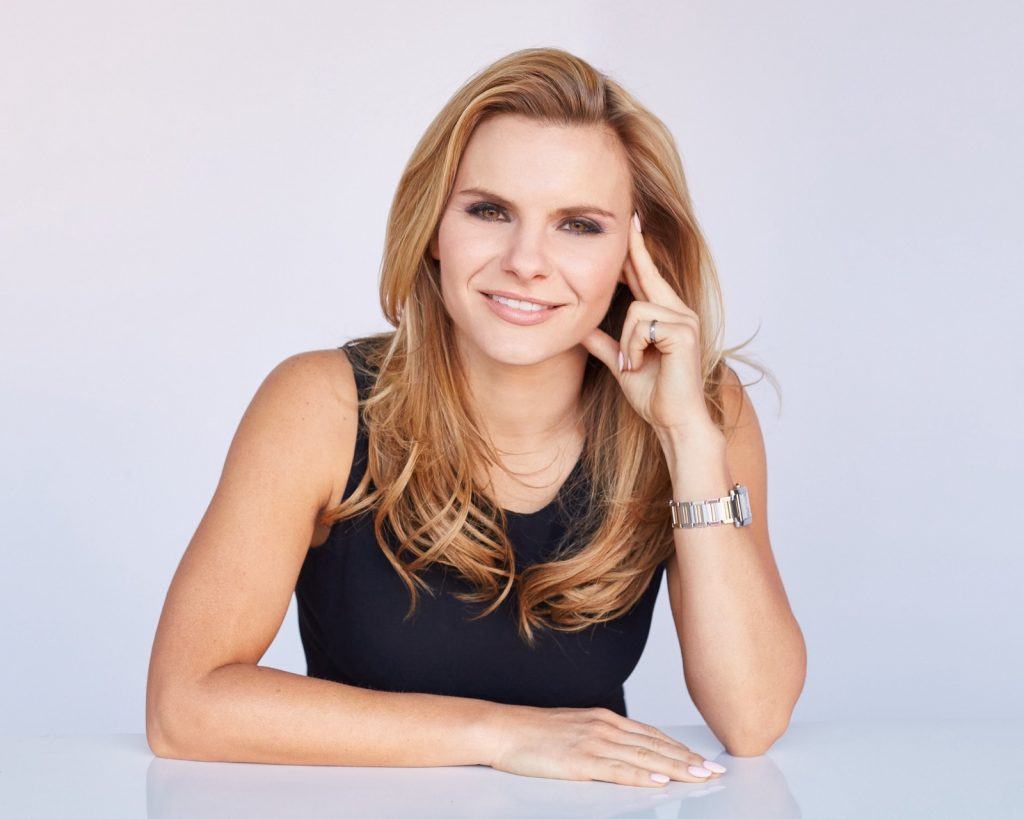 Quick Bit: Michele Romanow has become one of the most recognized tech entrepreneurs in the country. She co-founded a company, Clearbanc, which provides growth capital after assessment of pooled business data, not personal credit scores, and she continues to push to help those that might not have a clear path to business funding. Romanow has spoken at Google and blockchain events, holds a coveted spot on CBC’s Dragons’ Den, and she’s currently on her way to SXSW with Toronto’s mayor, John Tory, to talk about bringing more tech growth to the city (and Canada). 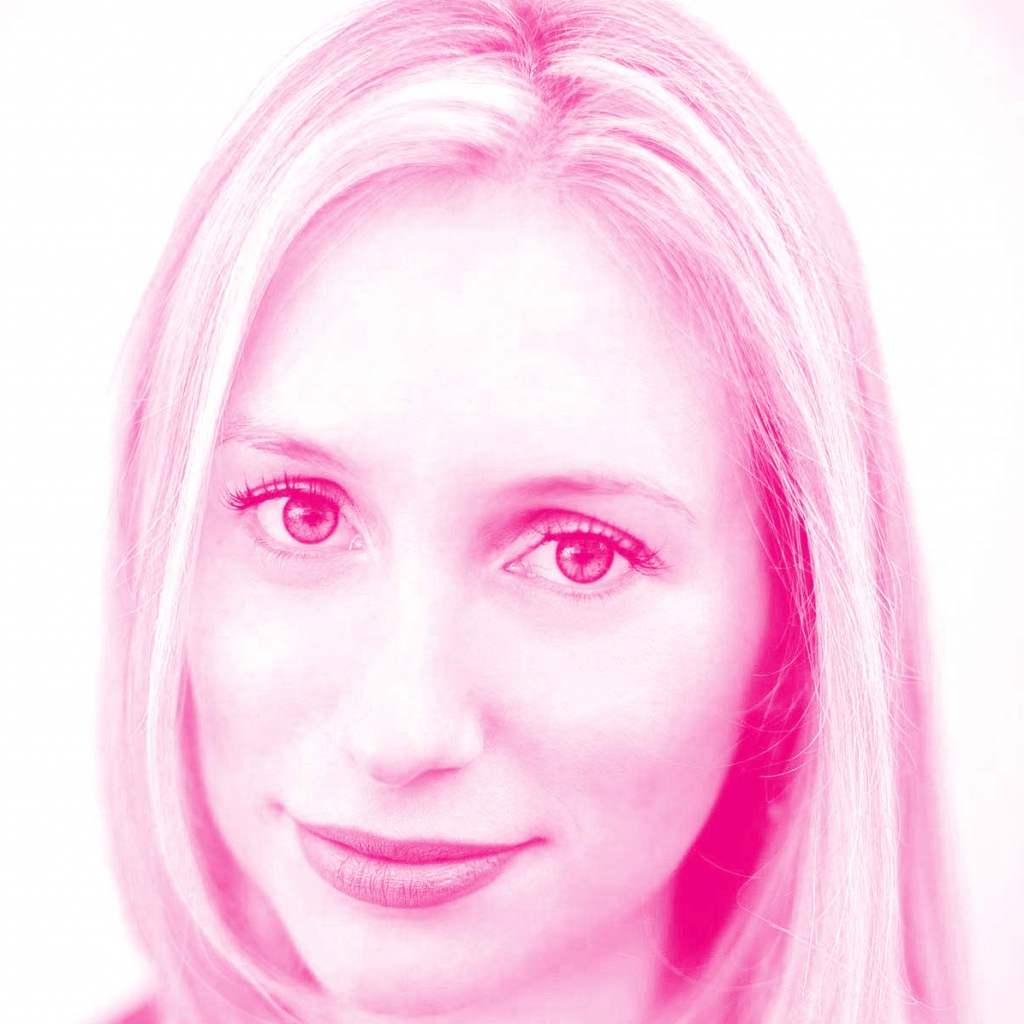 Quick Bit: Lake is a rising name in the Canadian business and tech world, and currently sits on the Forum for Women Entrepreneurs (FWE) BC (where she’s been since 2010). She also co-founded the Women’s Equity Lab in Vancouver and since November 2018 has also been a force behind CarboNet, which aims to remove key contaminants from industrial wastewater in order for proper disposal or reuse. In 2018, she also wrapped up her Entrepreneur-in-Residence (EIR) at the University of British Columbia (UBC). Lake founded Tagga Media in 2008, a data-driven insight platform to help brands drive sales. It was acquired in 2017. Lake’s mix of business, environmental and technological interests make her a very interesting person to keep watch on in 2019. 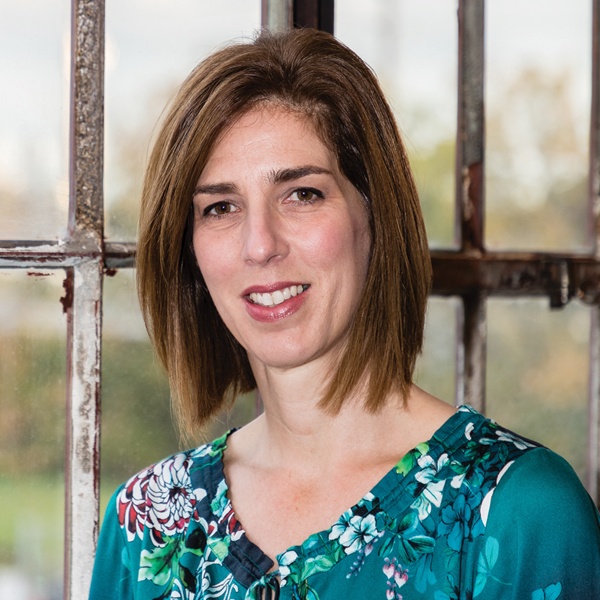 Quick Bit: The Big Push is an equity-for-service program to help accelerate female-founded startup businesses in the tech space. Zohar is among a team that offers hands-on services to help women strategize and execute, giving that extra push of support and confidence to help entrepreneurs land funding. 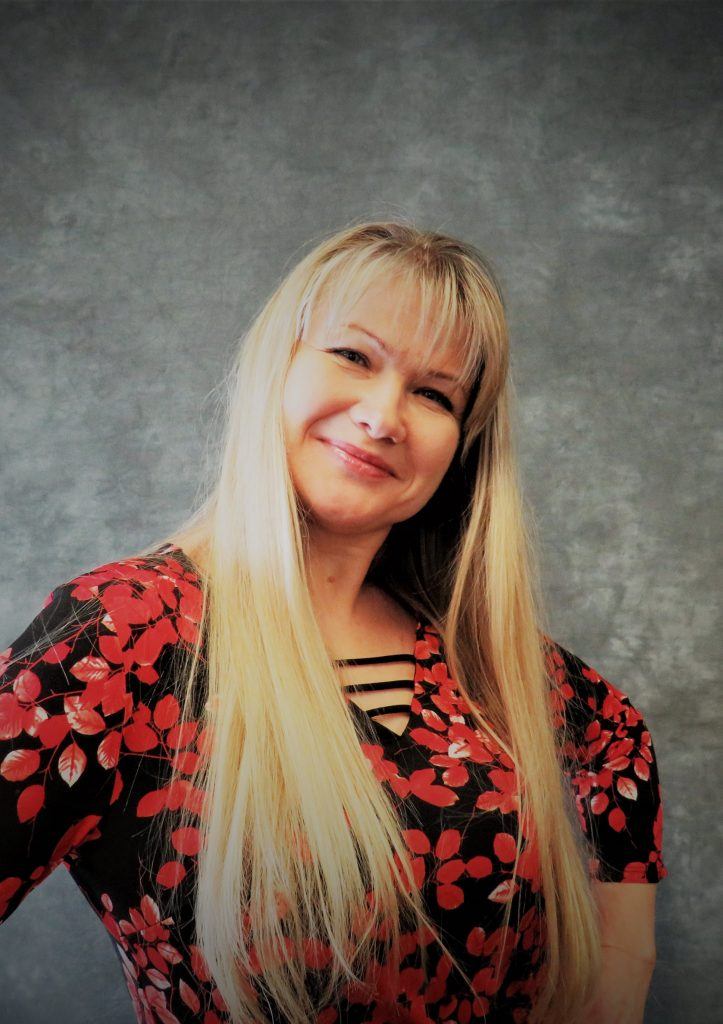 Quick Bit: Sinelnikova is the woman behind the international hub called CryptoChicks, which encourages education and training in blockchain technology. Since 2017, the collective has provided classes and essential learning—from cryptocurrency application to hackathons—that’s garnered support from the likes of Deloitte, Microsoft and IBM. Programs run in Canada, Russia, Pakistan and the Bahamas. Sinelnikova leads on everything from software development to entrpreneurial practices. 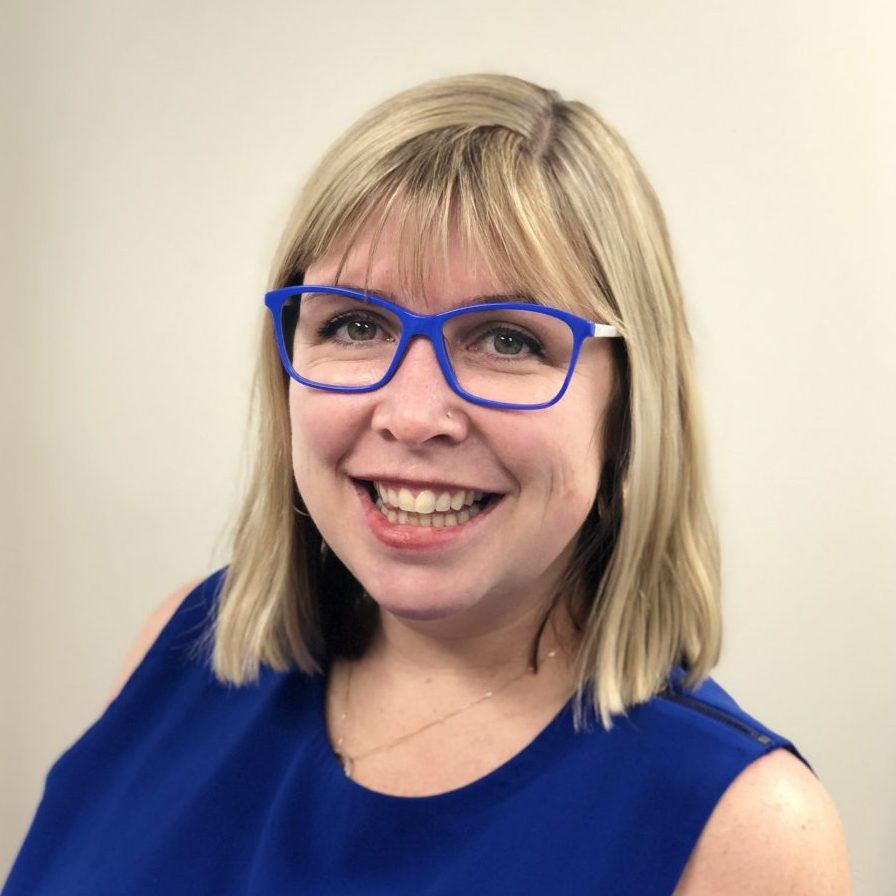 Quick Bit: Dr. Christy Lane is helping improve health and wellness through wearable device data that can predict health risks and chronic disease. Lane is an exercise scientist and physiologist with a Ph.D in rehabilitation medicine. She holds ties to leading academic universities such as Stanford University and simply put: wants to make people healthier and uses health data analytics, research and some serious brain power to help them get there. 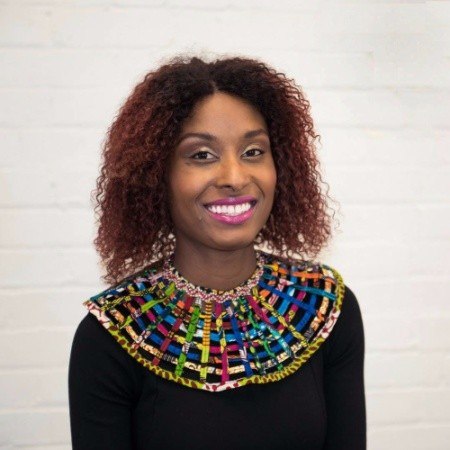 Quick Bit: Otchere trains and educates Canadians on technology, teaching them code, organizing workshops, training sessions and online programs. She switched roles in late 2018 and now works as a training specialist for Xello, an online education platform that helps students choose courses, create 4-year plans, set goals, get assessed and learn how to propel their future with guided human and data assistance.