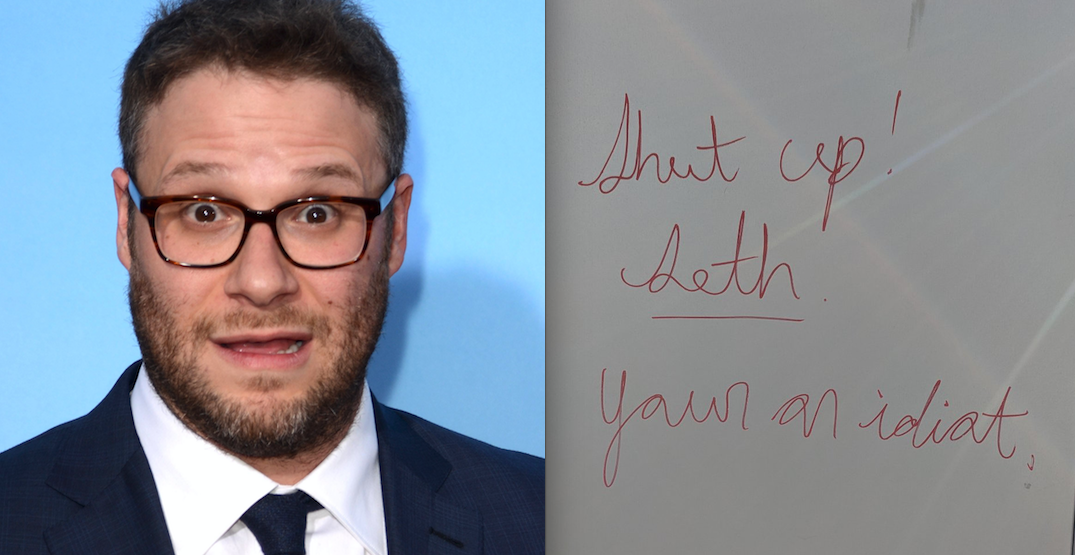 Seth Rogen has been the voice of transit announcements in Vancouver since July, but it seems like not everyone is a fan.

One TransLink user even went as far as to commit some minor vandalism to express how much they disliked Rogen’s announcements.

“Shut up! Seth. Your an Idiot” reads the strongly worded message. The only problem is, they used the wrong version of “you’re” in the sentence.

Twitter user Brett Duzita posted a picture of the message and notified Rogen that the whoever wrote had great penmanship but was definitely not a winner in the grammar department.

Rogen found it pretty funny and even liked the tweet.

Remember folks, if you’re going to write out a public diss, be sure to know the difference between “you’re” and “your.” Because if you don’t, you’re going to end up looking like the idiot.