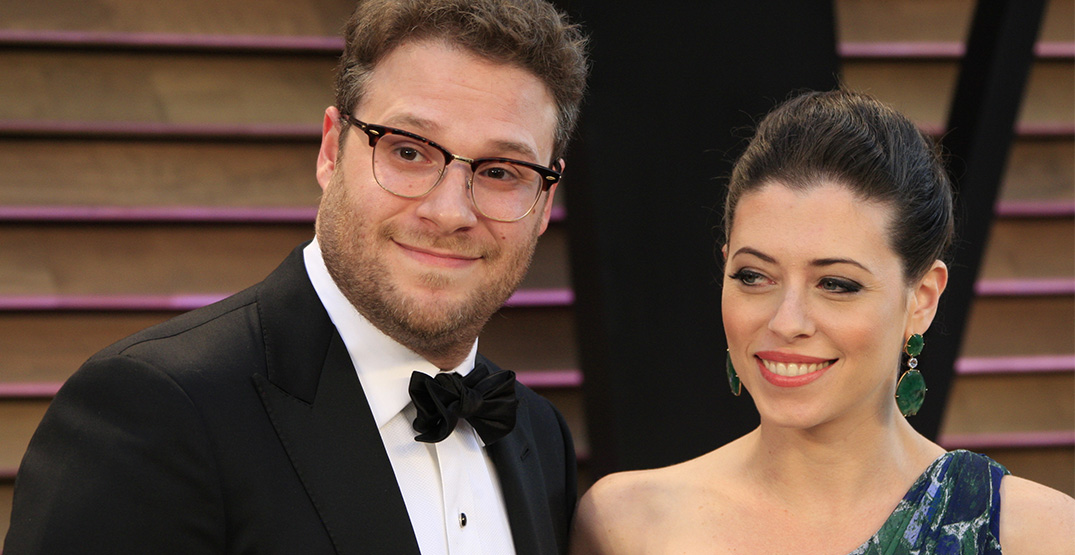 Seth Rogen is known for his love for weed, and this time it got him in a bit of a predicament.

The Canadian actor was invited to Adele’s TV special, Adele: One Night Only, which aired on November 14. The issue? He had no idea he was attending the taping of a concert special, so naturally, he smoked a lot of weed prior to the event.

The Knocked Up star shared the story on The Tonight Show Starring Jimmy Fallon on Wednesday. He told host Jimmy Fallon about how he remembers the invitation, saying that it was a “small Adele concert.”

I think the Adele concert is the most popular thing I’ve ever been featured in. Here’s the confounding story of how I ended up there. https://t.co/DAZyMcYkDJ

The “small” concert took place at the Griffith Observatory in Los Angeles, so Rogen and his wife thought it would be perfectly fine to get high.

“We smoked a ton of weed,” he shared in the interview. “We pull up and we see cranes, camera cranes, there’s drones flying around, there’s an entire crew there and I’m like, ‘Oh no, we are at the filming of a television show!'”

For a second, Rogen thought the television special wasn’t that big of a deal, until he saw the guests.

“The first person I see is Oprah Winfrey, and I’m like, ‘Oh no, I think it’s a big television special,'” he said.

The cherry on top is that Rogen and his wife were seated right in the front row.

Rogen also shared that he doesn’t know Adele personally and questioned why he was invited and given front row seats over other celebrities.

Other famous people he beat for a front-row seat? Ellen DeGeneres, Kris Jenner, and Leonardo DiCaprio, to name a few.

“I feel Leonardo DiCaprio behind me thinking like, ‘Did Seth Rogen write Rolling in the Deep? Is that why he’s so close?'” Rogen joked.

Fallon closed out the story with a montage of Rogen trying to stay cool in front of the cameras.

The special was in celebration of Adele’s long-awaited fourth album, 30.